Where To Play Bingo

Bingo is quite an old phenomenon. Historians claim that the game first appeared in the 16thcentury in Italy and then soon afterwards it spread to France, from where it was exported to Britain.

Although it wasn’t until the 18thcentury that bingo became popular in Britain, it is currently, and has been throughout the 20thcentury, not just one of the most popular games in the country, but also a social event. In the twentieth century it was quite common for people from every neighbourhood to gather at the local bingo hall, play a bit of bingo, have fun and chat with their neighbours and friends. People simply knew where to play bingo.

Many agree, that while the prizes are not insignificant, for a lot of people bingo was primarily about chatter and banter, rather then an opportunity to win some money, although, again, the prizes can be quite hefty.

There’s a general consensus that conventional bingo in the UK is declining, especially since 2005. Namely, the number of bingo halls throughout the country has been decreasing steadily in the past several years. There were about 600 bingo halls all over Britain in 2005, whereas by 2014 their number was already down by more than 400. It is estimated that the current number of open bingo halls is even lower.

There are few reasons that contributed to the decline of conventional bingo and that led to the closure of numerous bingo halls throughout the country. The period of decline roughly coincides with the smoking ban and many argue that many smokers simply stopped frequenting bingo halls and that resulted with an overall fall of visitors’ numbers. While there is some truth to that claim, we have to say that it is only partially true.

Namely, there is a more direct reason for the decline of conventional bingo. In fact, bingo itself isn’t in decline, but the way people play it has changed. Online bingo is nowadays the dominant bingo branch and more and more players shift from conventional to online bingo on a regular basis.

A lot of people were sceptical when online bingo appeared for the first time. They argued that due to its social nature bingo cannot ‘survive’ online. Moreover, there have been suggestions that since the elderly are a vital bingo demographic, online migration isn’t popular, as they are not tech savvy enough and they cannot accept new trends and get used to playing online.

It appeared that nothing was further from the truth. Not only did bingo kept its social function online, but also pensioners quickly got used to the idea of playing bingo on their computers, tablets and smartphones, so nowadays the answer to the question – ‘Where to play bingo?’ is practically unanimous – online, at one of the plenty bingo sites. 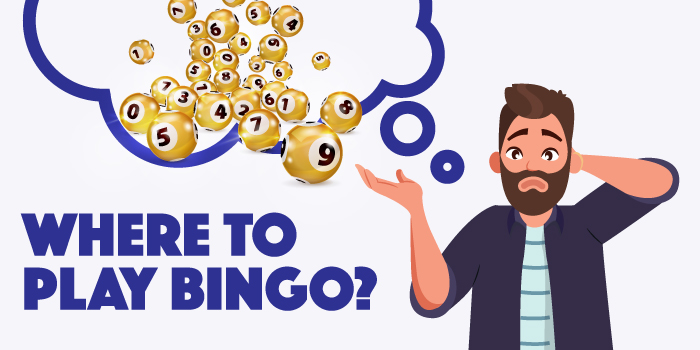 Why Is Online Bingo So Popular

There are several reasons why online bingo is on its way to totally replace conventional bingo. Firstly, online bingo is a lot more convenient. You can sit in your living room, on the sofa, ride on the bus, stand in a queue waiting to buy tickets for a concert and still play bingo, there are no limits, you can play anywhere, anytime.

As opposed to that, with conventional bingo you have to visit a bingo hall on a given date at a given hour, and while there were quite a lot of bingo halls throughout the country, it still involves travelling to the location and going back home and sometimes that can be a bit of a hassle. With online bingo you can start playing whenever you want, and you can quit whenever you want.

Moreover, online bingo is a lot of cheaper for the organisers, as they don’t have to pay rent on the hall, or employ bingo callers, security and other staff, so they don’t have to stretch their margin and they can afford to hand out more lucrative and more valuable prizes. There are a lot of bonuses and other perks which aren’t offered in land-based bingo halls.

Bingo sites work just like all other online gaming sites. You need to register first in order to be able to play real money bingo games. Another one of the advantages of online bingo is the fact that online operators aren’t limited in terms of space and they can open additional bingo rooms without any problems.

Most bingo sites offer plenty of bingo varieties, and even though 75-ball bingo is by far the most popular variant in the UK, plenty of people choose to try out new variants. For example, 90-ball bingo which is predominantly played in the US is available at most UK bingo sites.

Moreover, there are plenty of other innovative variants like 52-ball bingo, as well as many unique bingo games that are offered only on one or few bingo sites owned or operated by the same company.

Many online bingo sites offer not only bingo games, but also plenty of online slots. So, if you’re waiting for a game to begin, or you are simply a fan on slots games, you can also give your favourite slot game a few spins.

Another reason why players choose to play bingo online is the fact that online bingo sites offer a range of promotions and bonuses, starting from new player bonuses which are awarded to players who have just registered and made their first deposit on a bingo site, as well as reload and redeposit bonuses.

Bonuses are also offered to players who have referred their friends to a specific online bingo site and there are also loyalty bonuses that reward loyal customers and their activities.

Where To Play Bingo

Now, back to the initial question – where to play bingo? There are plenty of bingo sites, but not all of them offer the same variety of games and the same perks and benefits. So, we’ve selected a couple of the best and most reliable online UK sites. If you like to know more about them check our full reviews and if you like what they offer, click on ‘Claim Now’ on the review page.

Blighty Bingo is one of the leading UK sites that offers great bingo games, more than 300 slots, and what’s most important their bingo bonus has no wagering requirements.

Dabber Bingo is a sister site to Blighty Bingo and it also offers a wide range of bingo games and slots, with some quite extraordinary jackpot prizes. The site has a unique and colourful design.