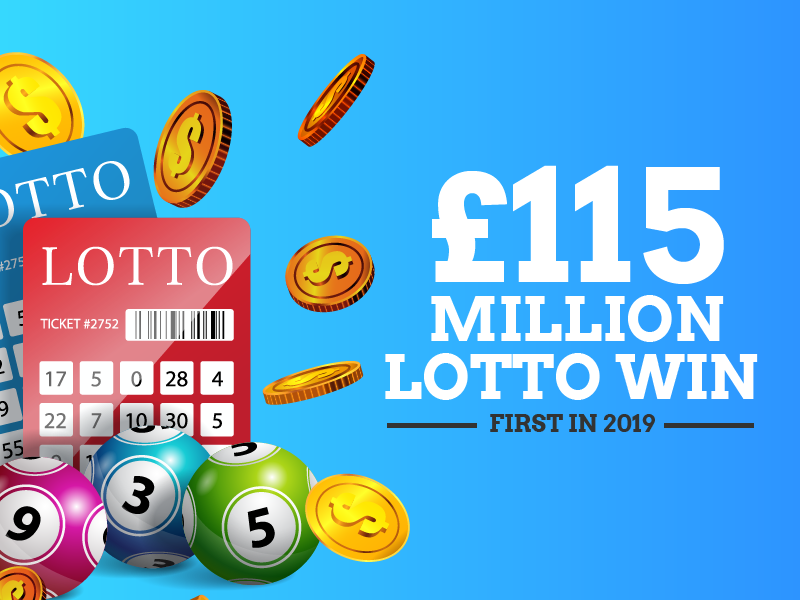 We don’t know for certain, but we can assume that 2019 is off to a new start at least for one person – the holder of the winning Euro Millions lottery ticket. Namely, one lotto player won almost £115 million (£114.9 million to be more precise), on the first day of 2019. We don’t know what you’ve been up to in the first few days of the year, but it is safe to predict that you haven’t won £114.9 million.

In November we published an article, where we stated that the new terms and conditions introduced by the UKGC will probably mean more lotto winners in 2019 and it seems that we didn’t need to wait too long before that was confirmed. There haven’t been a lot of players who have won over £100 million. In fact, this is the fourth biggest lotto win in the history if Britain.

While a £115 million prize is pretty impressive, £1 million still doesn’t sound too bad. In addition to the major winner, ten other players have won a million each. Andy Carter, who is the current winners’ adviser at NL was pretty right when he said that this was quite a start of the year for Euro Millions and their players.

All winners haven’t reported their wins yet and the National Lottery has encouraged players to have a look at their tickets and see if they’ve won anything. The numbers that you need to be looking for are 28, 25, 11, 8 and 1, and 4 and 6 are the Lucky Star numbers. So, if you have a ticket or two and you haven’t checked already, you should check, you might be in for a very pleasant surprise.

There have been quite a few major lottery prizes in the past few years. A man won £76 million on a Euro Millions ticket in November, less than two months ago and the funny thing is that he wasn’t even aware of it at first. Andrew Clark, who used to work as a builder, usually kept lots of tickets in his van and he pretty much accidentally discovered that he had won a major prize.

In 2010, a player won £113 million on Euro Millions, which was at that time, UK’s highest ever lottery prize. The player decided to remain anonymous. In 2011, so just a year later, a couple from North Ayrshire, won over £161.5 million and that is the largest lotto win in the UK. Only a year later, a couple from Suffolk won over £148.5 million, again on Euro Millions. Many other Euro Millions jackpot prizes have been won by UK players in the past several years.

For instance, in April last year, a player won £121 million, and two months earlier another player banked £77 million. Both of them chose to remain anonymous. We are yet to see whether the current winner is going to agree to have their name published. Either way, the prize is quite impressive, and we can expect at least several more Lotto Winners in the UK in 2019.

UK isn’t the only country where we have Euro Millions winners. Namely, more than few Irish players have also won millions, including a woman from Limerick who won over €115 million in 2005.