Captain Cashfall: Treasure of the Deep

Leander Games have thrown out a shallow-sea diving adventure featuring an old captain who's enjoying the benefits of three features that can be granted by filling each of the gauges. The game has three rows, five reels and 20 paylines.

You objective is to help the old man get more of those triggering symbols. The return is that you get to enjoy a pick me game that grants multipliers, a wheel of fortune game with multipliers and a deep sea treasure finding adventure, that again, can deliver a multiplier of up to 250x. 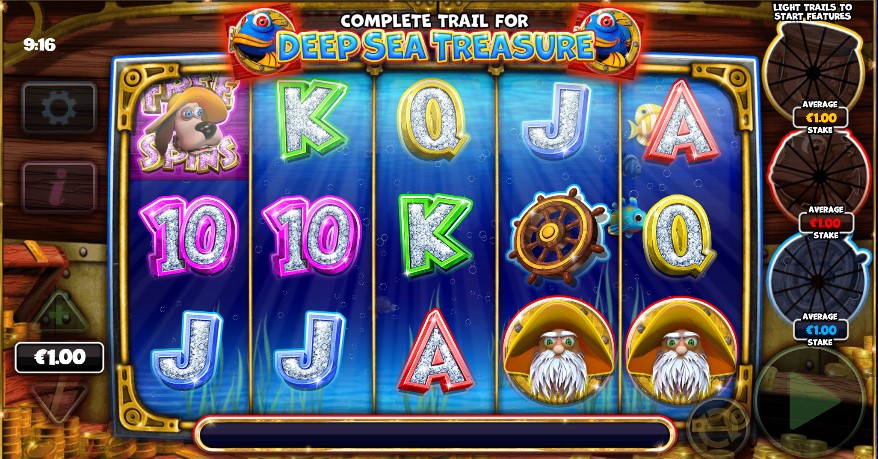 These three are not the only bonus features in the Captain Cashfall: Treasure of the Deep slots. Land three or more of those free spins gods, and you will get 10, 15 or 20 free spins, which can be retriggered.

The game takes bets that are as high as £5.00 per spin. On the dynamic paytable for the most valuable symbol in the Captain Cashfall: Treasures of the Deep bonus game, this reflects with £1250.00 for the highest bet that triggers five matching symbols of the old fisherman. The blue fish comes in second with a prize of £625.00 per spin.

As we can see, there is plenty to play for and with an incredibly low high bet, as well as with three features plus a free spins bonus.

Secrets of the Pentagram

Dream Tech games have come up with a unique title, but is this slots game as equally one of a kind? That may be the case, as Secrets of the Pentagram slot has a cascading reels type of a gameplay that lets the winning symbols disappear while the blank spaces get filled with a new set of symbols.

The game plays on 25 always active paylines with five reels and three rows. Players can put in £0.40 for the smallest bet and up to a high £400.00 for the bet that triggers the most lucrative returns. The Secrets of the Pentagram slot has few extra features in it. 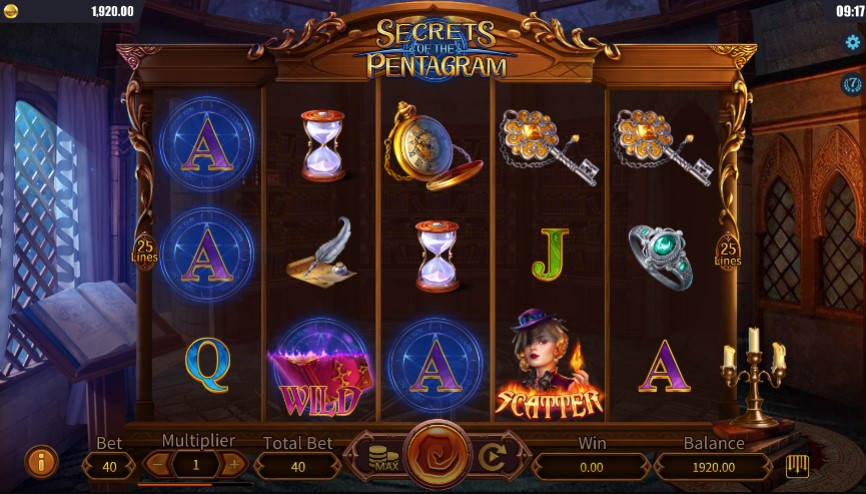 With each winning outcome the symbols leave a blue stamp in their position. If the consecutive wins create either of the set of patterns, the players gets a nice return. For example, if the pattern has three horizontal and three vertical blue stamps, the prize is up to a 100x bet multiplier. The biggest multiplier is 500x.

There is a free spins feature that plays with the picture symbols only, which will spin for six turns, with a chance for a retrigger. When it comes to the symbol wins, the most lucrative is the wild with 150x on the line bet, which isn't much, however, it is the magical stamps that do the trick on the consecutive wins.

Nektan are at it again with a continuation in the marvelous Plucky Pirates series. This time around, a twist is given on the famed Bermuda Triangle, where the reel-set becomes beset by five reel modifiers and The Lost Treasure bonus feature.

The ship's deck seen from above is the home to a reel set of four rows and five reels that spin across 30 paylines. Players get to spin for a chance to win with as little as £0.30, while on the opposite end of the scale is a high bet of £30.00 per spin.

As for the potential payouts, we have the chief pirate with a bounty of 500x on the line bet when five of his symbols land on a payline. Another high win is half the previous one, at 250x for the symbol of the ship. The scatter triggers a free spins bonus where you can choose one of two exciting and lucrative bonus games. 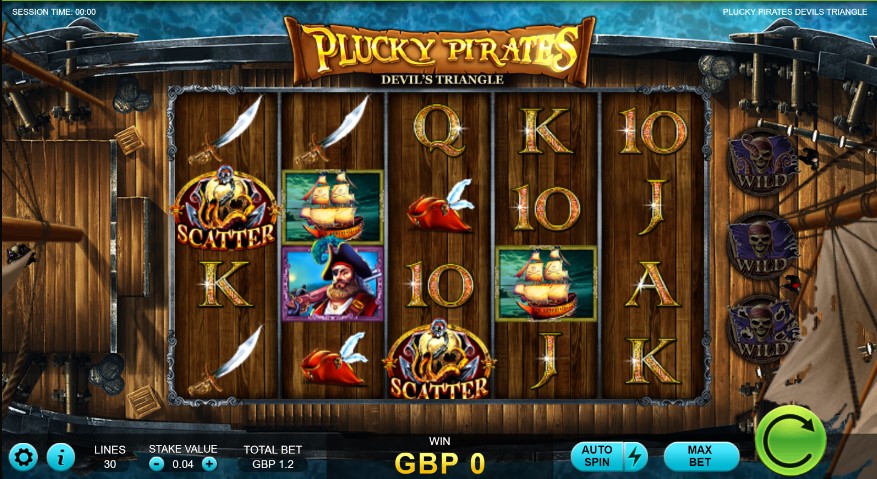 Additionally to the previous, the Plucky Pirates: Devil's Triangle slot offers three reel modifiers that have a lot to do with wild symbols being strewn around on the reel-set. Even more, a random respin brings you back from the plank and on to the ship again, as you get a chance for a win on a losing spin.

Green Tube are the slots experts that are linked with the renowned Novomatic company, so you'd rest assured all of their releases deliver a reel action to be remembered.

On the Diamond Link Mighty Elephant slot we have 25 paylines with five reels and three rows, which can trigger one of the four jackpot prizes: Mini, Minor, Major and Grand. 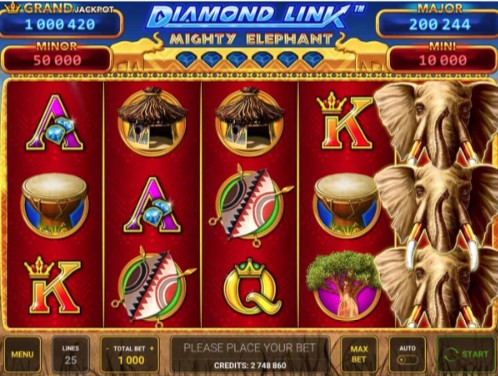 The bigger the number of diamonds you see on the reels, the better the chances to experience the jackpot feature. But even besides this, the Mighty Elephant slo comes with a free spins bonus feature that can deliver a respin if no winnings shake out from the stampede.

Overall, the game comes with lots of surprises, even in the play for the jackpot. If no jackpot prizes are won at the pick me game which uncovers the diamonds, then Diamond Link: Mighty Elephant will pay a prize according to the value of the six triggering diamonds.