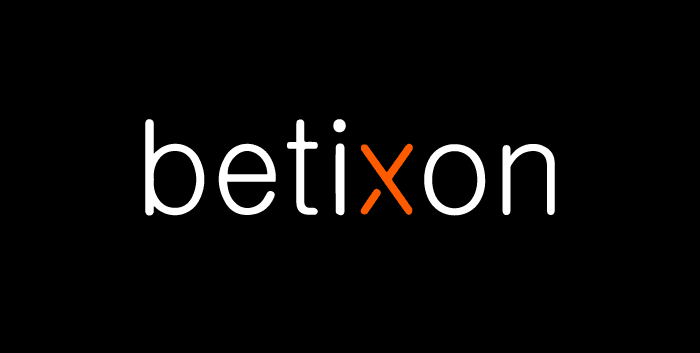 Betixon is an experienced company that has been a part of the industry for some time now and has created many fun casino games. Read this full review where we cover all of the most important things about this company and see what’s in store for you.

Everything You Need to Know About Betixon

Our Verdict on Betixon

Betixon has been a part of the industry for several years now, but despite that, the company has not exactly managed to climb up to the top, among the leading game developers. Nonetheless, the developers there have created some exciting casino games so far and they continue to do so.

Betixon is also a very innovative company that has introduced a few exciting enhancing features to its games that makes them a lot more fun and social. Read on and find out about the company’s accomplishments as well as the types of games you can find in its portfolio.

According to sources, Betixon is a company that was founded in Seychelles, back in 2016 and that is still where the headquarters of the company is located. It is not a very big company, as it has about 25 employees.

As far as the expansion on the market goes, Betixon has been licensed by most of the major jurisdictions. Namely, the company holds a licence from the UK Gambling Commission, the Malta Gaming Authority, Hellenic Gambling Commission, as well as the Romanian National Gambling Office. On top of that, Betixon’s safety and fair play has been certified by the International Security Management System.

Unfortunately, no official recognitions and accolades have been awarded to Betixon, despite its impressive expansion on the market. We just have to wait and see if the developers manage to come up with something groundbreaking that will earn them a prestigious award or two.

As we mentioned before, one thing that sets the company apart is its innovative nature. One of the biggest novelties that the company has introduced to its games is the exciting SpinXP concept.

With SpinXP, players get to publically post their wins and accomplishment from the games and other players get to like and react to them. It makes the whole gaming experience a lot more fun and social.

Compared to other companies that have been a part of the industry for the same amount of time, Betixon’s portfolio is not that extensive. So far, the company has created around 50 games in total, but the developers are constantly working and releasing new titles.

However, one thing that Betixon can boast with is the fact that they offer incredible diversity when it comes to the types of games. Of course, the majority of games belong to the video slots category, but there are also dice games, scratchers, roulette, baccarat, as well as a few other interesting game types.

Jackpots are also something that cannot be found in the Betixon game yet. So far, the developers have not ventured out into that part of the iGaming industry, but maybe they decide to surprise us by including a jackpot into one of their games in the future.

You can look forward to a really incredible game in regards to the visuals as well. The developers make sure that all of their games are made with superior HD graphics that make the experience more realistic. On top of that, all of the games are available on full screen, which allows you to experience the visuals to the fullest.

It seems that Betixon has not released any information regarding the RTP of the games, so it is not possible to give an accurate description of what sort of RTP values you should expect when you play these games. We will make sure to update this if the information on the subject becomes available.

The games, especially the video slots are also very fun to play and they are a great source of entertainment. The great visuals, combined with the great choice of themes, guarantee a thrilling gaming experience that will captivate you from the very start. Appropriate soundtracks are also included in the games, which will create the perfect atmosphere.

To be fair, in terms of the gameplay, the video slots don’t offer anything too special or unprecedented. They are typically played out in the same somewhat standard manner, but they do come with free spins and other exciting bonus features that can be of great help not just in making the games more thrilling, but they can also be quite lucrative as well. Plus, there are also several branded video slots that you can indulge in

Some of the most popular video slots by Betixon include Expedition, Fortune Breakers Chapter One, Phoenix Ashes, Reign of Zeus, Piggy Gangsters, and many more. Detailed reviews of the game are coming very soon, so make sure to check back often.

It can be said that Betixon is a company that focuses on the mobile experience because according to them, that is the future of the iGaming world.

Because of that, all of their games are made with sophisticated HTML5 technology, which allows you to access and play these games directly in the browser of your smartphone or tablet. You can do this wherever you are, without the need for any unnecessary downloads.

Betixon is certainly a company that has worked very hard since it was first established. It is licensed by many major and influential jurisdictions, which proves that the company offers great quality. Safety and fair play is also guaranteed, as the games have been approved by a famous and credible testing agency.

With the Betixon games, you are in for really exciting experiences that have great things to offer. The gameplay may not be something groundbreaking, but the visuals will certainly captivate and will win you over. On top of that, there is great diversity in the types of games that players can choose from, which means that everyone can find something that suits them.

What types of slots does Betixon offer?

With Betixon, you can indulge in all kinds of different casino games. It includes video slots, roulette, baccarat, scratchers, dice games, and more. Everyone can find something that fits them.

Which are the most popular slots by Betixon?

Expedition, Fortune Breakers Chapter One, Phoenix Ashes, Reign of Zeus, and Piggy Gangsters are some of the most famous releases by this company.

Betixon is a mobile-focused company that makes all of its games with sophisticated HTML5 technology, so you can play them even on tablets and smartphones, no matter where you are.