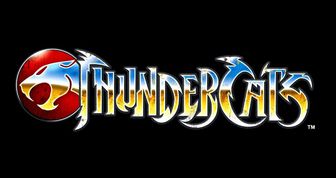 Regardless whether the name 'Thundercats' recalls any associations of popular culture in your memory, there is the Thundercats slot made by Blueprint gaming to entertain both pro and novice slots players on a reel set of five reels and four rows. About the origins of this slot, it all goes back to the famous animated series with the same name, which has been a prominent source of entertainment for the young audience, as well as young adults, since 1985. With this franchise being so successful thanks to its entertaining storyboard, there have been a number of spin-off products, an attempt at a movie, and of course, the Thundercats slot game.

The slots experts at Blueprint gaming had recognized all of the entertainment values that could be created around a cast of characters that is represented by humanoid cats. Who could ask for a better premise than that? So we have a reel-set of five by four, filled with the series’ characters and items, such as Cheetara, Lion O, Tygra and glimpses of other memorable human-like felines.

Besides these well-drawn characters, the players will encounter bonus features, supercharged Wild symbols and lots of excellent reel action. So, regardless if you are familiar with Thundercats or not, this is a slot game that provides a full gaming experience to anyone.

How to Play Thundercats Slot

The slot game is easy to set up as you are welcome to choose your stake from a list that opens up when you click the bill symbol, located to the left of the 'spin' button. The smallest wager that you can place is £0.40 and the increments of £0.40 elevate the bet until you reach £2.00, from there on the bets extrapolate at £2.00 and £4.00 and so on, arriving at the game's highest possible bet of £500 per spin.

This is pretty much the only setting that needs to be figured out before hitting the spin button, as the game's paylines are fixed and always active, all 30 of them. Those players who like to kick back and relax while the Thundercats slots does the spinning of the reels on its own, that is an option by clicking the 'autospin' button, located in the bottom right corner. There you can choose from a number of automatic spins and set a win/loss limit.

The game's 'spin' button is centrally placed at the bottom of the reels, and it has the image of Cheetara within the button's circle. The paytable can be accessed from the menu button, where you will also find the option to toggle off or on the sound and read the game's specifications.

The slot design is all Thundercats, but the Cheetara character seems to dominate on the layout. The spin button has her face on it, but she also appears on half of the background, immaculately drawn and holding the long staff weapon. As for the symbols, there is the Thundercats logo which stands for the Scatter symbol and triggers the bonus game.

Cheetara is the game's wild and the second of the top-paying symbols, alongside the Thundercats slot logo symbol. Then there is an assortment of weapons which is represented by four symbols, as well as the high cards starting with the jack and ending with the ace.

The game has a bonus feature which causes its reels to expand from four to eight. Triggering the other bonus features activates their power and brings on a piece of art straight from the series.

How To Win Thundercats Slot

We've arrived to the matter of winning the game. In any given online slot that is only possible when the players are lucky enough to see the slot trigger a series of events that include high symbol wins and subsequent free spins. The game's highest paying symbol is the Wild and the logo, both paying 400 coins for an instance of five symbols on a payline. The other symbols start to descend in value with half of that amount, with the very basic wins placed at 5 coins when landing three matching of the high cards jack and king.

Then there is the Thunder Reel Bonus feature, which occurs when three or more scatter symbols (the series' logo) appear on the reels. Then whenever the game triggers any of the thundercats, their power is activated on the reels and a number of kickers may ensue such as: random super stacked replicating reels, transforming of all symbols in view into a mystery stacked symbol, Cheetara expanding the wild streak, random multipliers and multipliers on any spin for the duration of a number of spins.

If you are inspired by the abundance of bonus features and the execution of the theme, you may enjoy Thundercat slots by claiming a welcome bonus at one of the casinos right from this page.