Challenge the gravity field and land a big prize with Bompers, a disco neon slot title developed by ELK Studios. Here, you’ll feel a different neon atmosphere and club vibes, and we mean this in a good way. Even though at the very core of this slot is the classic fruit game concept, you’ll be amazed by the innovative gravity mechanic, bonus features and the reels set that allows more than 260,000 win combinations. Now, let’s go behind the gameplay in our Bompers slot review. 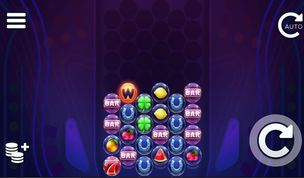 The Bompers slot is the third title from ELK studios that utilises the gravity mechanic combined with the classic slot symbols and imagery. However, don’t expect a traditional reel machine on the screen, as this developer took the pinball machine and reinvented it in a completely new way. Both the audio and visual elements work in favour of the gameplay that’s packed with a couple of bonus games that deliver a maximum win of 5,000x your stake. Now, let’s see how the reel play stacks up in our detailed review. 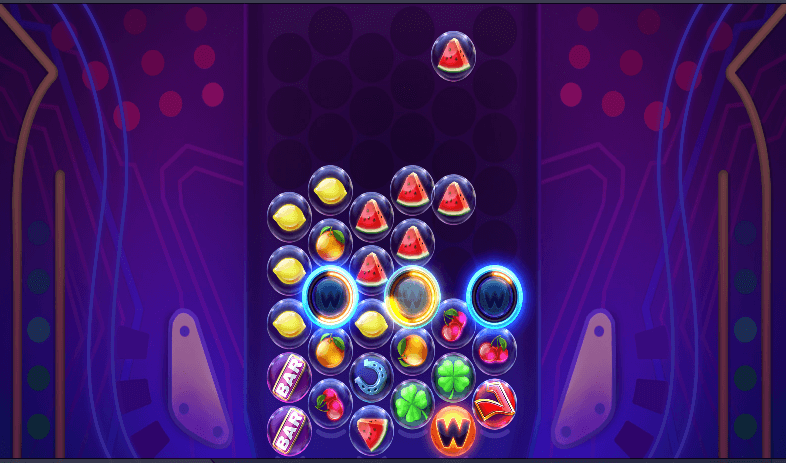 ELK studios introduce another slot game with the avalanche feature and gravity mechanic called Bompers. The game is a bit of everything-a neon futuristic disco vibe that still feels like a retro pinball machine. The grid is made of 6 reels and 4,096 ways to win, which can increase during the bonus round. To win, you need to land 3 or more matching symbols on a payline. Wins are powered by the avalanche feature that removes the winning symbols from the grid. The symbols that have stayed in the game slide left or right into new positions, so you can easily form a win.

Before you take your game on the reels, you need to adjust your stakes in the range of £0.20-£100. Click on the coins icon in the left corner of the screen and choose your preferred bet level. The bonus games work in a rather unusual way, with spreading wilds, mystery symbols, shooting stars that aim for the top rows and free drops packed as free spins. All these bonuses and extras lead to a maximum payout of 5,000x your bet from a single spin.

The Bompers slot is inspired by the famous pinball machines in bars. However, don’t expect an outdated version of it, since this isn’t a slot game that will take you back in time. Instead, it introduces a futuristic, neon glossy feel to the visuals, which are sharp and high-end. Probably the element that stands out the most here is the soundtrack, which is relatively modern and on point compared to the current trend in the music industry. If you feel like it’s too much for you, you can always opt to play without it or have only the effect sounds active.

On the paytable, you’ll find a collection of classic fruit symbols, including cherries, lemons, oranges, melons, 4 leaf clovers, horseshoes and bars. The lucky number 7 is the most rewarding symbol, and if you manage to land 6 of these on a payline, you’ll win 20x your bet. You’ll also see three bonus symbols: the wild, the bomper, the shooting star and the bomb. These bonus symbols trigger different effects and in-game extras in the bonus section, which we’ll discuss in a bit.

The Bompers slot’s RTP (Return to Player) is 95.8% which is slightly below the industry average of 96%. Moreover, the game has a high variance, so there won’t be frequent wins during gameplay. However, once you trigger a win or manage to land a consecutive series of wins, it will be of a higher value. The maximum win in the Bompers slot is 5,000x the stake, enabled by the avalanche feature and other bonus games that boost your total. If you want to learn more about different RTP and variance models, read our Variance, Volatility and RTP guide.

Gameplay and Features on Bompers Slot

If you thought this is just another revived fruit slot classic packed with the standard bonus features that feel shy on the reel set, think again. The Bompers slot is nothing but ordinary and usual since there are sticky wilds, bombs and bompers that take the spins to the next level. Even if you like the classic offer of free spins in the bonus game, we got you covered. Now, let’s go through all the features in more detail and see what they’re all about: 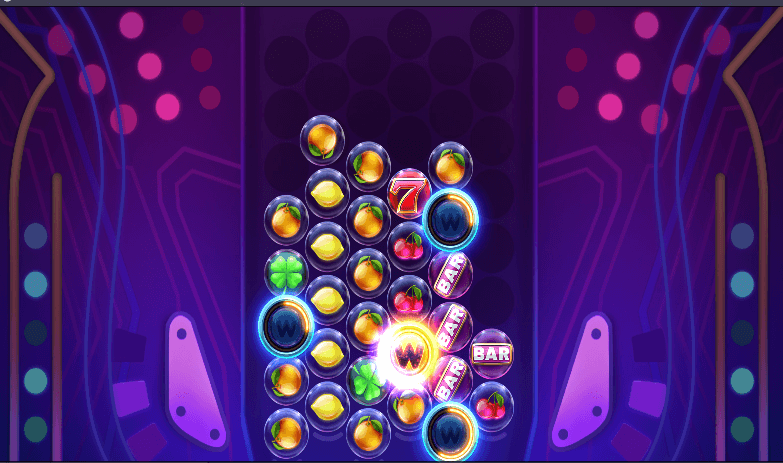 If you’re not new to the online slot scene, you’re probably familiar with this feature and how it works its way to the win sequence. For others, this is a feature that removes winning symbols from the grid while new ones fall and occupy their respective positions. In the Bompers slot game, the number of active rows during the game changes, depending on the symbol configuration. The more rows you play with, the bigger will be the number of ways to form a win. So, if you’re playing with all 8 rows at your disposal, you’ll play with amazing 262,144 ways to win. When you stop forming win combinations, the reels reset to the base game with the original 4 rows and 4096 ways to win setup.

The Bomper symbol is a special wild symbol that helps you form a win. If you activate the avalanche and a standard symbol falls onto a Bomper, it’s collected in a special metre. Once you fill the metre, the Bomper symbol turns into a sticky wild for the following avalanches.

When avalanches end, you trigger the mystery bomb when all connecting symbols, including the mystery one, transform into one matching symbol. If two or more mystery symbols combine and overlap, they’ll become wild.

The shooting star symbol always aims for the top. As soon as it gets there, it creates a group of up to 7 symbols where 3 are wild. It works independently from other bonus games, and it definitely delivers some exciting reel play.

The Free Drops or the Free Spins feature is activated when you land 3 bonus symbols on the same spin. This is the symbol represented with the letter B. Your reward will be 7 free drops, and you’ll start the action with up to 5 Bompers. During this bonus game, the sticky wilds will remain in place during the whole round.

The Bompers slot by ELK Studios is HTML5 optimised, meaning it works without issues on any mobile device and any operating system. The design, bonus features and everything that is part of the game work seamlessly when playing on a smaller screen.

ELK Studios is a slot gaming developer studio based in Stockholm that has been launching online slots since 2012. Their portfolio of slot titles is quite impressive since they’re not limited to a particular theme, look or mechanic. The Knockout Diamonds slot is a great example of that because it transformed the classic boxing match into a different concept. If you’re a fan of magic and mystery elements that go well beyond our real life, check out the Miss Wildfire slot and spin its reels for a chance to win 5,000x your bet. Finally, see why their fifth sequel of the Gold series caused a lot of fuss in the players’ communities. Yes, we’re talking about Katmandu Gold, the adventure-themed slot title that’s also powered by the avalanche mechanic. 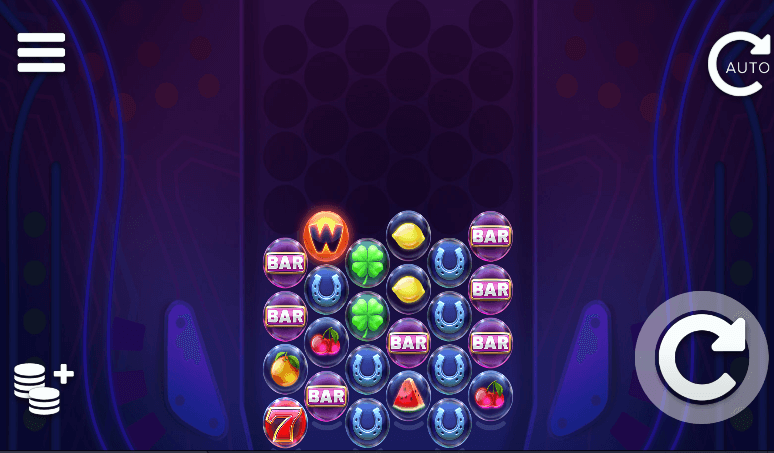 The Bompers slot is definitely a nice addition to ELK’s versatile portfolio of online slots. The bonus features might be hard to figure out at first, but as soon as you witness the reel action powered by the avalanche mechanic, the gameplay will become quite clear. Even though it’s a high variance slot with the standard win of 5,000x your bet, it’s worth checking out if you’re a fan of disco themes coupled with great music and high-quality visuals.

Discover the Bompers slot by claiming a welcome offer right from this page and play at top-rated online casinos.