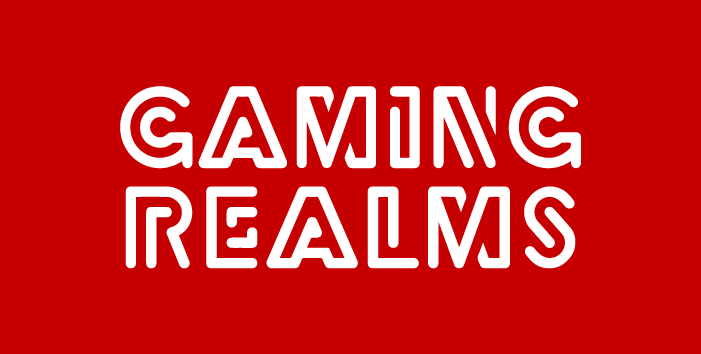 Gaming Realms has managed to become one of the leading providers for online slots based in the UK. But rather than just supplying games on a platform, Gaming Realms is running its own casino sites in the regulated UK marketplace. The company made the popular Slingo games we’re all familiar with. So here are the best Gaming Realms slots!

Everything You Need To Know About Gaming Realms

Our Verdict on Gaming Realms

Gaming Realms is one of the top providers of online gaming products in the United Kingdom. Its award-winning games are featured on some of the most popular gaming sites in the world, which is proof of the provider’s quality.

Our team of experts at SlotsWise has enjoyed testing and reviewing different Gaming Realms slots. All games from this provider are built with high-end visuals, excellent features and different in-game mechanics. The most popular product from Gaming Realms is Slingo, which we believe everyone is well-acquainted with, so you might know what we’re talking about!

Gaming Realms is a popular provider of online casino software, based in the United Kingdom. The company was founded in 2012 with its headquarters in London. Even if Gaming Realms is present on the casino scene for a couple of years, it managed to build a reputation and gain trust from the players, thanks to its cutting-edge products.

Given the fact that Gaming Realms is a UK-based company, it’s already clear that it’s completely licenced by the UK Gambling Commission. The UKGC is one of the industry’s most strict and reputable regulators. Therefore, players can be assured of a legitimate gaming experience when they play a game developed by Gaming Realms.

Being a company that has been active since 2012, Gaming Realms has won a couple of awards. In 2016, it was the winner of the Best Mobile Casino Product category in the EGR Operator Awards. Then, it won the WhichBingo award for Innovation of the Year in 2018.

Moreover, Gaming Realms was included in the list of Top 1,000 Companies to Inspire Britain. All of these recognitions show that the company does its job well.

Today, Gaming Realms operates a number of online casino games and casino sites like Slingo and Spin Genie. One of the main reasons for the company’s growth was the partnerships it formed.

For example, Gaming Realms has partnered with major operators like Scientific Games and IGT to deliver high-quality gaming products. In addition, the company concluded an agreement with Pala Interactive to deliver a 90-ball bingo game in the United States.

Gaming Realms has produced a wide range of casino content, but its biggest innovation is the trademarked Slingo. Today, Slingo is offered in different variants, so you might have come across some of them. Slingo is a casino game that combines elements from bingo and slots. It delivers an exciting gaming experience with huge prizes for the luckiest players.

Even if there are different types of Slingo games, they all work in the same way. When you play Slingo, you’ll be given a 5x5 grid of numbers that reminds of a bingo card, as well as a single row behind them, which reminds of a slots reel. Then, you make your bet and get a certain number of spins. The aim is to match the numbers on the reel to the numbers on the card.

Apart from Slingo, Gaming Realms has also produced a small number of classic slot games to suit all players’ preferences. The company has also collaborated with major TV programs to produce branded slots like Britain’s Got Talent, X Factor, and Deal or no Deal.

We’ve talked a lot about the design, features and gameplay of the Gaming Realms games, so now it’s time to share some of the most popular Gaming Realms slots with you. Here are our favourites!

Deal or No Deal Slingo

As its title suggests, the Deal or No Deal Slingo game is based on the popular TV Show called Deal or No Deal. You’ll have to select a box from 26 options, which will be your prize box. Then, you’ll get 10 spins. Each spin generates 5 numbers, which if match with any of the ones on your card, will give you a win.

Slingo Monopoly is the new way to play the classic Monopoly board game. When playing, you’ll start with up to 8 rolls of the dice and make your way around the board, taking all the features. If you land on a property, you’ll move up to the win ladder. You can win different cash prizes and some surprises from the Community Chest.

Rainbow Riches Slingo is a very special Slingo game, based on the concept of the original Rainbow Riches slot. It takes place in the Irish countryside. The design resembles the original slot game in terms of appearance, but the control panel is slightly different. There are a couple of features that help you win the maximum payouts.

Slingo Extreme combines the popular slots and bingo elements for faster gameplay and a rock ‘n’ roll soundtrack. You’ll play with 5 reels and a 5x5 bingo card. Keep an eye out for super jokers and jokers that trigger super-cool features. You can win up to 500x the stake, instant cash prizes and extra spins.

Based on the popular TV music competition show X Factor, the Slingo X Factor game delivers a top-notch experience. You have to spin the reel to mark numbers on the 5x5 grid. If you get 5 in a row horizontally, vertically or diagonally, you’ll get a Slingo. You’ll then move up on the ladder and win the corresponding prize. There are also progressive jackpots that can be won by collecting X symbols.

Gaming Realms designs its products with mobile-first designs. This means that all its games are created to work without issues on all mobile devices and operating systems. The games are built with HTML5 so you’ll get the same gaming experience, even from a smaller screen. Whether you want to play your favourite Gaming Realms slot on your laptop or smartphone, you’ll be able to play and trigger features seamlessly.

With a wide range of games and Slingo products, Gaming Realms is a provider that focuses on growth and innovation. The games mentioned above show what Gaming Realms is capable of doing, and we believe that the company will continue growing and producing even more unique games in the future.

We suggest that you try some Gaming Realms slots, whether in demo or real-money version, and see for yourself!

What are the best Gaming Realms slots?

Some of the best Gaming Realms slots include Deal or No Deal Slingo, Slingo Extreme, Slingo X Factor, and Rainbow Riches Slingo. You can find the full list in our review.

Given the fact that Gaming Realms is a UK-based company, it’s already clear that it’s completely licenced by the UK Gambling Commission. The UKGC is one of the industry’s most strict and reputable regulators. Therefore, players can be assured of a legitimate gaming experience when they play a game developed by Gaming Realms.

Gaming Realms designs its products with mobile-first designs. This means that all its games are created to work without issues on all mobile devices and operating systems. The games are built with HTML5 so you’ll get the same gaming experience, even from a smaller screen.