Join the heavy-medal band of animal musicians in the Rock The Reels Megaways slot. Developed by Iron Dog Studios, this game comes with 6 reels and up to 117,649 ways to win. Look out for the animal band members that deliver random modifiers such as wilds, multipliers, upgraded symbols, and transforming symbols. Or, trigger the Free Spins feature and benefit from up to 25,000x stake prizes. For more details, check our full Rock The Reels Megaways Slot Review below. 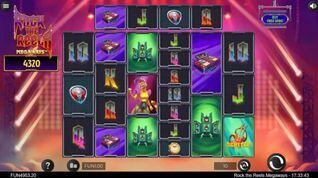 If you’re into animals and music, you’re going to enjoy the Rock The Reels Megaways slot from Iron Dog Studios. It features animal musicians and lots of reel action, thanks to the Megaways engine. With 6 reels and up to 117,649 paylines, you can win massive prizes, up to 25,000x the stake.

Read our full Rock The Reels Megaways Slot Review and learn how to play this game and how to trigger the bonus features. After that, feel free to claim your bonus and start spinning the reels with this wild animal band!

About Rock The Reels Megaways Slot

Rock The Reels Megaways is a new online slot from Iron Dog Studios. As its title suggests, the game features the Megaways engine from Big Time Gaming. It plays on 6 reels and up to 117,649 ways to win, thanks to the Megaways.

The reels are dynamic and each one can have 2 to 7 symbols, so the number of active symbols changes with every spin you make. This affects the number of Megaways (paylines) you play with. For more details, read our Megaways Overview where we explain how this engine works.

Available on all devices, the Rock The Reels Megaways slot allows players to set different bets, from £0.10 to £50 per spin. Winning combinations are formed by landing at least 3 matching symbols on adjacent reels, starting from reel 1.

In the Rock The Reels Megaways slot, you’ll take advantage of a number of features. These include Tumbling Reels, Animal Modifiers, and Free Spins. They can lead you to huge prizes, up to 25,000x the stake. We’ll explain everything you need to know regarding these bonus features below in the bonus section of our Rock The Reels Megaways Slot Review. 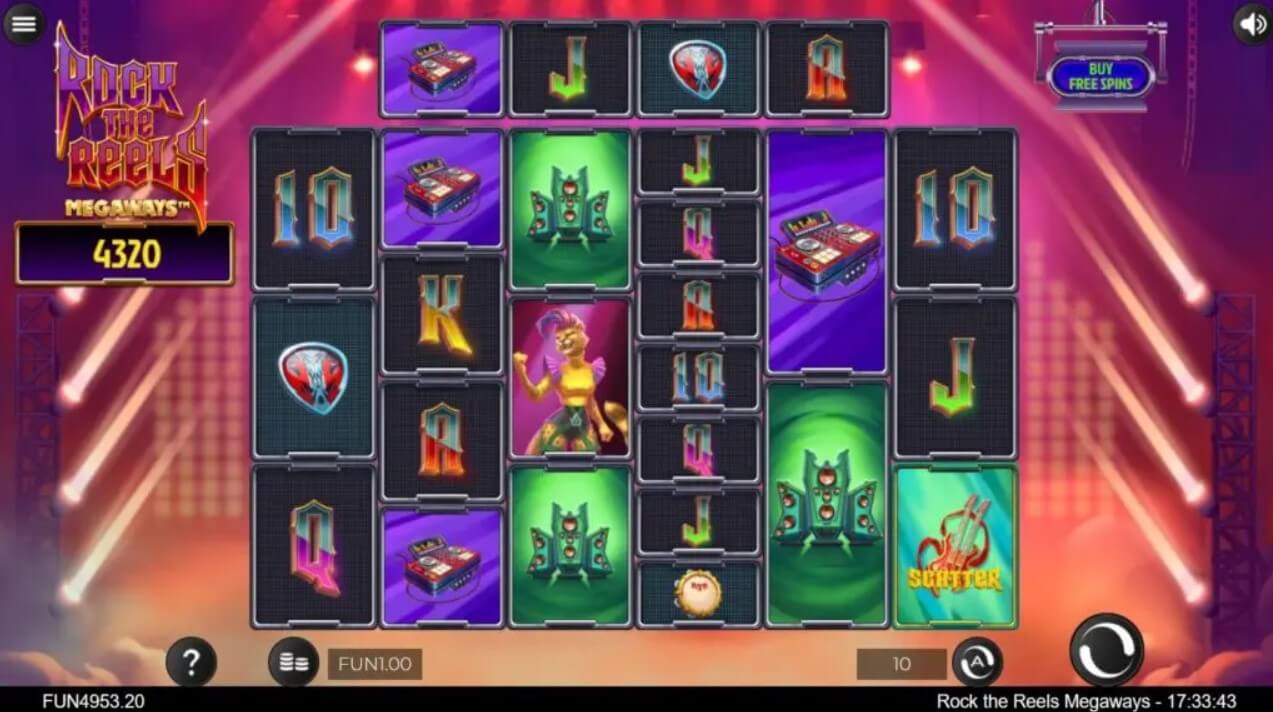 As we’ve mentioned above, the Rock The Reels Megaways slot features a live concert with an animal band. Therefore, loading the game will take you right on the concert stage, filled with bright spotlights and a large crowd. The cartoonish design has high-quality graphics, so well done Iron Dog!

The spotlight symbol marked with the word itself is the wild symbol. It appears on reels 2, 3, and 4, and substitutes for all regular symbols. Finally, the guitar symbol is the scatter. It triggers the Free Spins bonus feature.

RTP, Variance and Payouts for Rock The Reels Megaways Slot

The theoretical RTP percentage of the Rock The Reels Megaways slot is 96.2%, which is right at the industry average. At the same time, the variance in this game is high. This tells you that there will be less frequent wins as you spin the reels. And of course, the biggest wins will come from the bonus round.

The maximum win you can take from this slot is 25,000x your stake, which is great. Here you can read more about the Variance, Volatility and RTP in online slots and see which one suits you best.

Gameplay and Features on Rock The Reels Megaways Slot

Iron Dog Studios is expanding its portfolio with more Megaways slots. After releasing the Astro Newts Megaways slot, the provider gave us this game where we get to play with animal musicians.

At the core of its gameplay is the Megaways engine with tumbling reels and thousands of ways to win. Apart from this, there are 4 modifiers as well as Free Spins that deliver the biggest prizes. So, let’s see how these features work.

As soon as you hit a winning combination, the winning symbols are removed from the reels, and new ones drop and occupy the respective positions. This dynamic is popularly called the Tumbling Reels feature. The feature will continue as long as you form winning combinations on the reels.

Watch for the 4 animal band members that can appear on the horizontal top row above the main reel set. Whenever these symbols land, they will deliver the following Animal Modifiers: 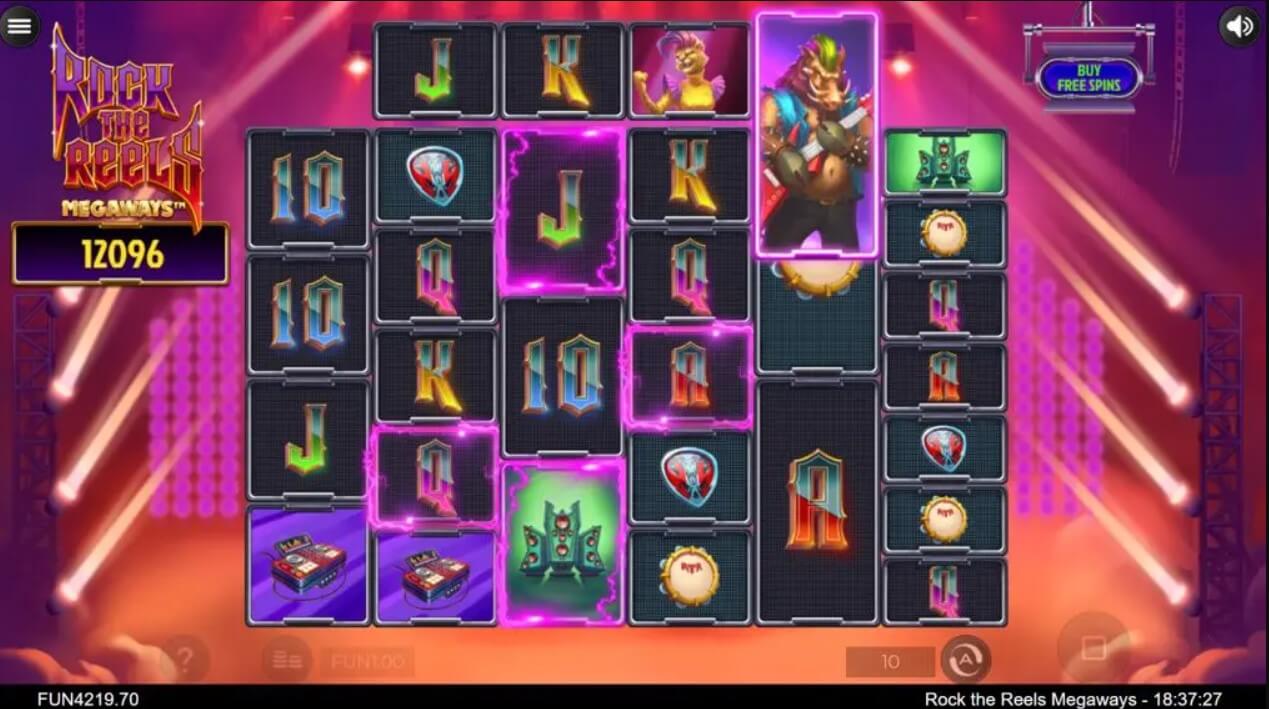 Landing 3, 4, 5, or 6 scatter symbols on the same spin in the base game will trigger the Free Spins feature. The number of Free Spins you’ll receive depends on the number of scatters that triggered the feature:

When the Free Spins feature is triggered, a progressive Multiplier comes into play. You’ll start with a 1x multiplier, and it will increase by 1 after each winning combination, without limits. 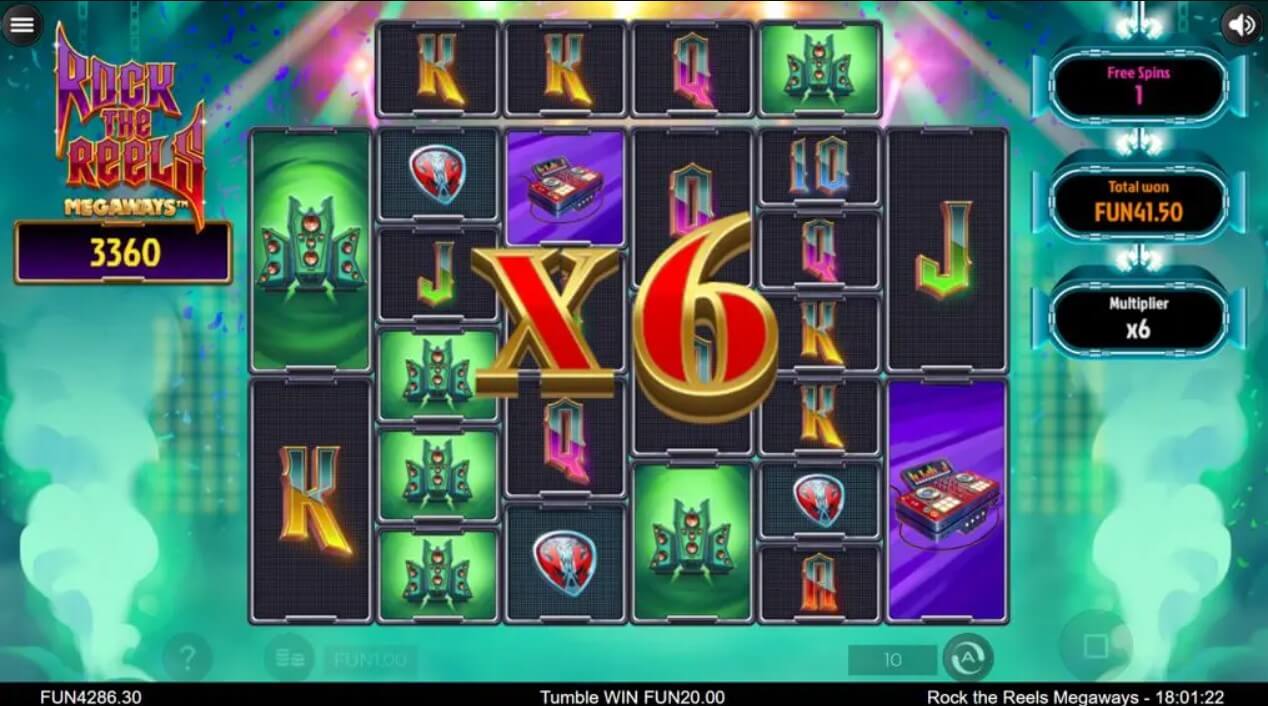 In addition, the Lion multiplier is more valuable during the bonus round, as the progressive multiplier will increase it by 1 whenever it lands.

The Rock The Reels Megaways slot is developed by Iron Dog Studios, which is an established developer. Therefore, you can rest assured that this game is playable on all mobile devices. The design and all its features load and land nicely on any operating system, thanks to the HTML5 technology.

Iron Dog is an established slots provider that released a wide range of games, all of which come with innovative features and top-notch designs. If you’re interested in playing other Iron Dog Studios slots, here are some of the latest releases.

Robbin’ Robin - You can look forward to many features including free spins, sticky wilds, multipliers and expanding wilds that can win you 7,500x your bet. Moreover, this reel action enables you to play with 5 scatter symbols that activate different modifiers during the bonus round.

Rainbow Wilds Megaways - It’s an Irish-themed title that comes on a 6x4 grid with more than 110,000 ways to win. You can benefit from cascading reels, different wild symbols and free spins powered with multipliers, for a chance to win 12,000x your bet.

Blirix Workshop - The game takes you into the workshop of Blirix, a cute magician/alchemist who does different experiments from his spellbook. Iron Dog has packed this game with a number of features, including Expanding Wilds, Book of Spells, and Free Spins.

Rock The Reels Megaways is a great addition to Iron Dog’s growing slots portfolio. The gameplay with tumbling reels, animal modifiers and free spins delivers the ultimate Megaways experience. Plus, the game has an excellent payout potential, as well as a high-quality design that is playable on mobile devices. Are you ready to rock the reels?

Explore the Rock The Reels Megaways slot today and claim your bonus offer at one of our featured casinos.