Mythical creatures are ever-present within the slots scene and this is most definitely the case with Microgaming’s five-reel game, Dragonz. With 243 ways to win rather than set paylines, all players are sure to enjoy this fiery slot game, landing combinations in plenty of ways for cash prizes. 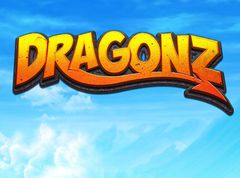 Mythical creatures are ever-present within the slots scene and this is most definitely the case with Microgaming’s five-reel game, Dragonz slots. With 243 ways to win rather than set paylines, all players are sure to enjoy this fiery slot game, landing combinations in plenty of ways for cash prizes. As you can probably notice, Dragonz is a deliberate misspelling of Dragons, so the name of this game could’ve been Dragons slot.

Play Dragonz slot and spin to win cash sums, free spins and more with Microgaming’s great slot. Landing wins is made easier thanks to the lack of paylines, so as long as you land symbol combinations on adjacent reels, starting from the one furthest left, you’re in for a payout! 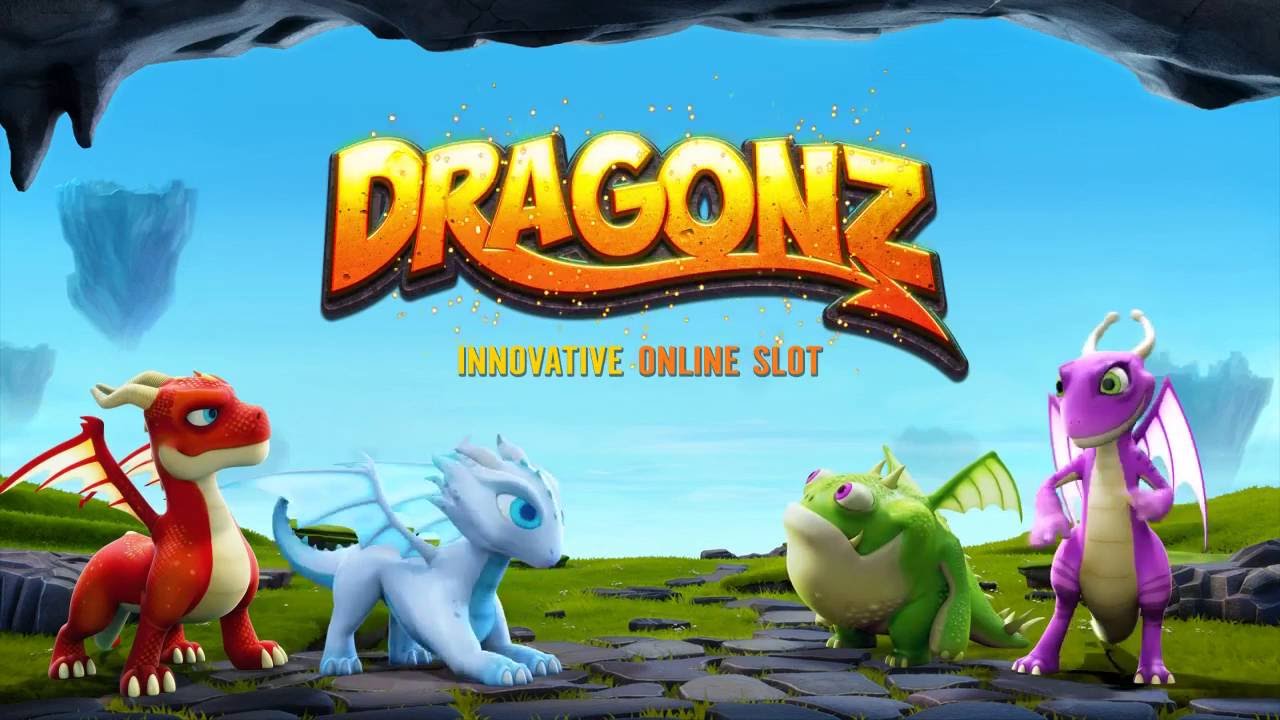 The theme for Dragonz slots might not need much explaining, as the name and design will do that for you. Enjoy the nicely drawn dragon symbols as you spin the reels for cash prizes, enjoying everything that this slot has to offer.

When you launch the Dragonz slot, you’ll notice the bright and bold design of the game. The graphics could be described as slightly basic and we’d tend to agree, although the symbols of the dragons do look slightly better than the rest of the design.

Typical playing card symbols in Dragonz slots are those of lower value, meaning you’ll receive slightly smaller payouts for landing combinations of either 9, 10, J, Q, K and A. They’re brightly coloured and bold in design, although they aren’t particularly on-theme in terms of the way that they look.

The higher value symbols, on the other hand, are on-theme; you can land four nicely drawn colourful dragons, or Dragonz perhaps, for the larger payouts within this slot game. The Dragonz come in red, purple, blue and green and they’re called Flint, Switch, Frost and Gobble, respectively.

These Dragonz haven’t been named without thought either and each of their names are relevant to what they offer throughout the game, but we’ll explain more on that later.

How To Play Dragonz Slot

Playing Microgaming’s Dragonz slots is easy and there isn’t much you’ll need to consider and do before you start spinning. Because there aren’t paylines per se, but 243 ways to win instead, you won’t need to worry about choosing a certain amount of them to activate.

As this is the case, you’ll just need to edit your ‘Bet’ by clicking the + and - buttons at the bottom of the screen. The minimum stake you can play with per spin is 40p and the maximum is 30p. Although 40 isn’t necessarily the smallest amount we’ve ever seen for just one spin, it does seem like a small price to pay considering you have 243 ways to win on every spin.

Once you’ve decided on your bet, you can then spin the reels to win some cash and to do this you can click the ‘SPIN’ button in the bottom right of the screen. Alternatively, there’s an ‘Auto Play’ feature that you can also use, setting the reels off either 10, 25x, 50x or 100x or until you stop them. Plus, there’s the option to use custom auto play settings.

How To Win Dragonz

Like we said, you’ll need to land combinations of the same symbol in order to receive cash payouts, although the award you receive is dependent on which symbol you land and how many.

The Dragonz themselves are the most lucrative symbols to land overall, although even they vary in value. Flint, the red dragon, is this slot’s highest paying symbol and you’ll receive an impressive 375x your coin size if you land five of these symbols consecutively across the reels.

There’s also a ‘Wild’ symbol in Dragonz slots and this will help create wins. The wild will substitute for all others, except the scatter, fitting in to create wins.

Plus, you can also win by landing non-standard symbols to trigger special bonus rounds and features within the Dragonz slots game. 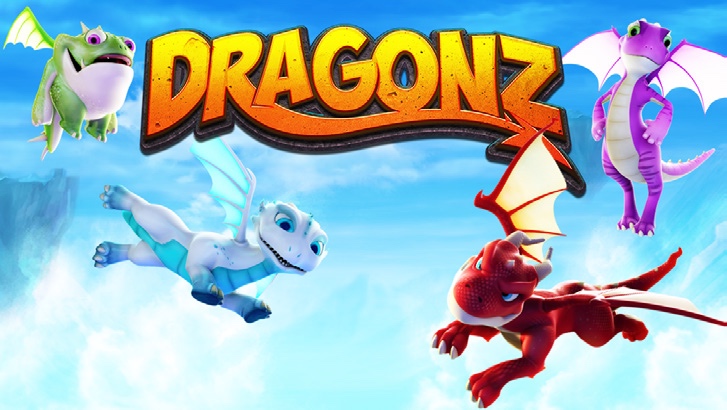 If a wild symbol lands on reel three on a non-winning spin, more wilds are added to the reels, continuing until you have a guaranteed win.

Landing three or more of the orb scatter symbols will trigger the free spins feature and the options that you could be awarded are as follows:

While the above free spin options are awarded randomly, you will eventually get the choice of which one you prefer after you have triggered the feature 12 times!

Dragonz slots is a nicely designed slot, albeit not the most striking we’ve ever seen in terms of its visuals. Having said that, the dragon symbols are well-drawn and do give this slot some character. Plus, Dragonz has some other nice offerings that detract from its appearance.

Microgaming have done well to make so much of a simple free spins round within this slot game. With four different types of free spins available, you can spin for free with the addition of more wilds, frozen on the reels until you’re guaranteed a win.

Not only do these free spins give you a chance to win, they literally guarantee it, so that makes this feature extremely lucrative in itself.

Wild symbols seem to be very central to this slot. However, the fact that there are 243 ways to win shouldn’t be overlooked. With wins being awarded for symbols just landing consecutively on the reels, there really are plenty of ways to receive cash prizes.

Overall, Dragonz slots is worth a spin for all players and there are plenty of stake options to appeal to all. Play Dragonz slots today and claim your free spins for the chance to win and win great cash prizes at online casinos. Plenty of our SlotsWise casinos offer Dragonz, and there's a reason for that, namely, the game is quite enticing.