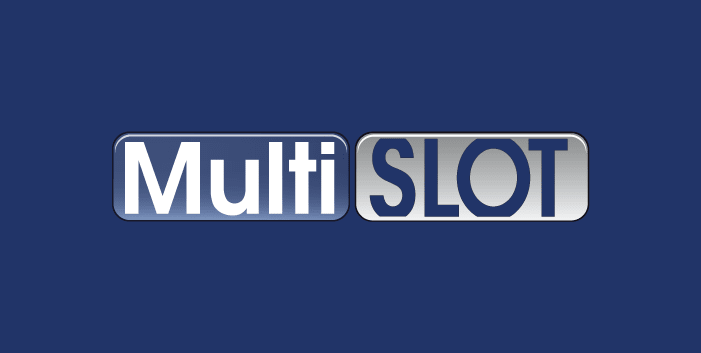 MultiSlot is a popular software developer that focuses mostly on video slots and all their incredible variations. They have created some really great games so far, so read on and find out all about them.

Everything You Need To Know About MultiSlot

Our Verdict on MultiSlot

MultiSlot’s aim is the players’ satisfaction and they are always putting that as their number one priority. This studio is made up of diverse people from different backgrounds and their expertise is evident in the great games they create. This also allows the developers to learn more about the players’ wishes and use that knowledge to improve the gaming experiences they offer.

The company doesn’t only specialize in video slots, but also social games as well, which means that their work reaches out to large demographics in different gaming spheres. We suggest you keep reading this in-depth review and learn about the things you can expect by choosing MultiSlot.

MultiSlot has been a contributing member of the iGaming industry for about a decade now. It was founded in 2011 on the Isle of Man, and that is still where the headquarters of the studio is located, even though the company’s games can be found in many casinos worldwide.

The company makes sure to provide safety and fair play to all of its players. MultiSlot holds a licence from the UK Gambling Commission, which is among the most reputable ones, On top of that, the fairness and randomness of these games are guaranteed by a certificate from the famous Gaming Labs.

Despite the success that the company has reached so far, it apparently hasn’t been enough to win any kind of reward. However, MultiSlot is an incredibly innovative and success-oriented company, so it seems likely for their work to be officially recognized in the feature.

In addition to having the players’ satisfaction as its number one priority, MultiSlot also makes sure to satisfy the operators as well. They provide customizable bonus features that can make the gaming experience much greater and more satisfactory, but they also provide a powerful and multifaceted back-office that allows the operators to have more control over the operations.

In the company’s decade-long career, the developers have created a great number of games and they are continuously adding more and expanding their portfolio. Right now, MultiSlot has around 75 games in total, which is not a bad amount.

The portfolio is made up of different types of games, of which the video slots are the overwhelming majority, of course. In addition to them, you can also find table games such as blackjack, baccarat, and a couple of roulette games as well.

MultiSlot also includes jackpots in its games, which is certainly a great thing for all jackpot enthusiasts out there. Many of their games come with progressive jackpots which can certainly make the experience greater. One such game is the classical Blue Cherry slot that offers simple gameplay but a massive progressive jackpot as well.

The games are made with good visuals and fitting symbols, but one thing that remains a constant with the MultiSlot’s games is their land-based aesthetic. The games, especially the video slots, are made with a retro style that makes the game feel quite vintage and nostalgic.

One of the best things about the MultiSlot games is their RTP rates. There are of course occasions when these values are slightly below the industry average, but generally, they are well above it. In some cases, they even go as high as 98.47%, which is certainly impressive.

You will also enjoy the time you spend playing these games, as the slots are also made with a degree of entertainment that will keep you engaged and amused throughout the whole experience. Plus, there are a plethora of creative themes that also play a big role in that.

The MultiSlot slots are not very diverse in their gameplay style, as they are generally played out in a typical way and on somewhat standard layouts in terms of their size.

We did mention, however, that MultiSlot offers interesting bonus features that can also be customizable by the operators and they include free spins, cash bonuses, in-game bonuses, and even tournaments.

Some of the more famous slots by this studio include Barnyard Bucks, Happy Hour, Arabian Oasis, Big Game Safari, and Caribbean Paradise.

With the Barnyard Bucks slot, you get to experience life on a farm, but from a unique point of view. The reels are full of farm animals and eggs, plus you can trigger some great bonus features that can be of great help in earning the big wins.

We are still working on reviewing the rest of the MultiSlot games, so make sure to check back soon and read all about them.

MultiSlot uses HTML 5 technology for their games, which allows you to play them on smaller devices such as tablets and smartphones, without the need for any kinds of downloads. However, according to their official portfolio, there is a small portion of their games, which are not made with HTML5 technology and can be played only on desktop computers.

MultiSlot is a company that certainly has very interesting things to offer and it has become a well-known name in the iGaming industry. The company is not only a good developer of games, but it also provides many other services as well. It has a strong Remote Gaming Server and a great Aggregator Platform as well, plus as we mentioned before, it also offers an efficient back office for the operators.

The MultiSlot games offer fairness and randomness, which has been certified by Gaming Labs. The company is also involved with making sure the entire iGaming industry and the players are safe, which is why it donated a great amount to the Responsible Gambling Trust back in 2015. Check out the video slots we offer here on Slotswise and enjoy.

What types of slots does MultiSlot offer?

MultiSlot specializes in all sorts of slots, as the name indicates, but you can also find other types of games such as blackjack, baccarat, and roulette.

Which are the most popular MultiSlot slots?

The most famous releases by this company include Barnyard Bucks, Happy Hour, Arabian Oasis, Big Game Safari, and Caribbean Paradise.

The company holds a licence from the UK Gambling Commission, plus the fairness and randomness are guaranteed by Gaming Labs.

The games are made with HTML5 technology, so you can play them on smaller devices such as mobiles and tablets as well. Open them directly in the browser and start spinning.