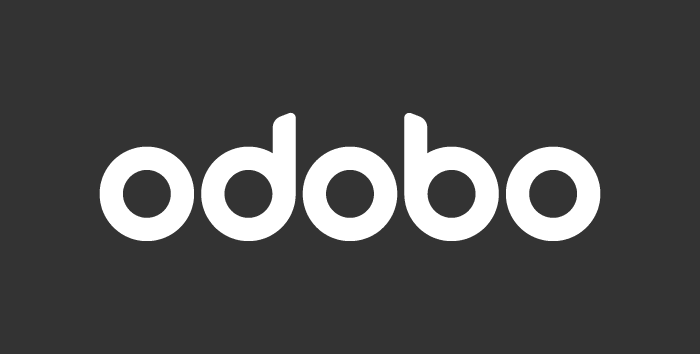 Odobo was an aspiring company that aimed to provide one of the most successful HTML5 Development Programmes and Marketplaces for the iGaming industry. You can read more about the details of the studio in this in-depth review below.

Everything You Need To Know About Odobo

Our Verdict on Odobo

This was a very fascinating company, whose focus was put more on being a platform for bigger, successful providers, rather than being a game developer itself. However, Odobo did create numerous games independently, some of which you can check out right here on SlotsWise.

Unfortunately, it seems like the studio faced some big financial difficulties. They have stated that the costs required to run the business and to expand it in the right direction were becoming far too great. Because of this, Adobo had to close its doors in 2016.

Odobo was established back in 2011, which means that it was part of the iGaming industry for about five years. The company was founded in Gibraltar, which is where the headquarters remained until the closing of the company.

The company made sure to provide the best possible services and experiences to its customers. Because of this, it was licenced by the HM Government of Gibraltar, and it also employed a Random Number Generator in order to provide fair play. On top of that, it was certified by iTechLabs.

The company was not able to collect any prestigious accolades during its career, probably because it wasn’t in the industry for a very long time. However, Odobo did sponsor many of these award ceremonies, such as the EGR Magazine’s 2015 Gaming Awards.

Something that made Odobo different from the rest of its competitors was the fact that it focused exclusively on HTML5 video slots. On top of that, it introduced the Odobo Marketplace, which offered a wide array of video slots by some of the biggest software providers in the industry.

Odobo’s portfolio boasted about 60 video slots in total, which is not particularly large, considering the number of games that the big providers have today. However, considering the amount of time that the studio was operating, that quantity is still quite impressive.

As we said, the company focused exclusively on video slots, but maybe Odobo would have expanded and ventured out into creating other types of casino games if it didn’t close in 2016. You can still find its video slot releases in various online casinos.

The Odobo slots are made with good visuals, which can create an enjoyable gaming experience. Depending on the theme that the game revolves around, the design of the visuals can be colourful or dark, so players can fully immerse themselves in the concept.

It is a bit difficult to determine the RTP of the Odobo slots, as the studio no longer has an official portfolio. However, the theoretical RTP of some of the games is around the average 96%, or slightly below it.

The games that Odobo released during its active years in the industry are quite fun and they cover a wide range of themes. They provide a good level of entertainment, both because of the diverse themes and because of their appropriate visual designs, so players can find something to enjoy.

In addition to the fun themes, the Odobo slots can be very exciting in other aspects as well. For example, besides the standard 5-reel games, players can also enjoy more elaborate layouts. Some of the games are even equipped with exciting bonus features that can be a great addition to the overall gaming experience.

Some of the more popular Odobo releases include Rampage Riches, Gourmet Ranch Riches, Epic City, and Champion of Champions.

The Rampage Riches slot is a great action-packed game, that takes place in a big city. It is full of giant monsters, great bonus features, and possibly even massive prizes as well. The colourful visuals can be a big plus too.

With the Gourmet Ranch Riches slot, you can experience farm life, in a completely different and innovative way. The reels are actually presented as plots of land and this game certainly showcases the creative nature that the Odobo developers had.

This Epic City slot presents an exciting and futuristic vision of a metropolitan city. It has golden buildings and the reels are also arranged in a rather unique and eye-catching way. There are several exciting bonus features as well.

The Champion of Champions slot combines great visual design with a martial arts theme. The action takes place in a dojo, where you can spin the reels and potentially win some great prizes. There are fun bonus features that can help out as well.

As we mentioned before, Odobo was a company whose main focus was on creating games that were powered by HTML5 technology and also providing these solutions to other software developers. This means that all of the games that the company offered both in its portfolio and on its marketplace were available on smaller devices such as smartphones and tablets, without the need for any additional downloads.

To sum up, Odobo was a brilliant company, whose aim was to create and bring something new to the iGaming industry. The studio’s incredible creativity and innovative nature can be seen in the games that it created, which can still be found in select casinos.

Odobo’s greatest contribution was probably the marketplace, where it offered video slots from all sorts of providers, including some of the biggest names in the industry. Unfortunately, the company no longer exists, but you can check out some of its games right here on SlotsWise.

What types of games does Odobo offer?

Odobo was a company that focused exclusively on video slots. These are the only types of games that the company both created and offered on its marketplace.

Which are the most popular Odobo slots?

Rampage Riches, Gourmet Ranch Riches, Epic City, and Champion of Champions are some of the company’s most popular releases.

Yes, Odobo was working in accordance with the strictest rules and regulations imposed by the Gibraltar government. On top of that, it was certified by iTechLabs as well.

Yes, the company’s main focus was to create games that are powered by HTML5 technology. This means that they are all compatible with smaller devices that run on Windows, Android or iOS operating systems.