Take a virtual trip to the land down under by spinning the reels of Aussie Adventure slot. Realistic Games created this travel-themed slot and captured many of the Australian landmarks. This game features five reels, 20 fixed paylines and a Free Spins bonus feature that comes with a twist. 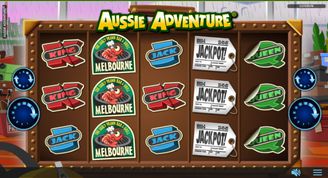 Anyone in the mood for an adventure to the land down under? Realistic Games have managed to capture all of the landmarks and sights about Australia in the Aussie Adventure slot. The reel-set has the standard arrangement - five reels, three rows with 20 fixed paylines.

Realistic Games takes us on a trip to Australia with their latest game - Aussie Adventure slot. This slot is based on travelling, where you will visit Bondi Beach, Brisbane, Melbourne and more. Aussie Adventure slot features three rows, five reels and 20 fixed paylines. The reels spin on a brown suitcase and the entire game is packed in a nice design.

As many other online video slots, the Aussie Adventure symbols are split between two categories - low valued and high valued ones. The low valued ones are the classic card symbols in different colours. On the other hand, the high valued ones resemble postcards from different parts of Australia. You will notice The Ruby Marlin Pub 4006 Brisbane, The Rowdy Roo Hotel Darwin, The Surf Bear Bar Bondi Beach and others. There are also Wild, Jackpot and Bonus symbols. 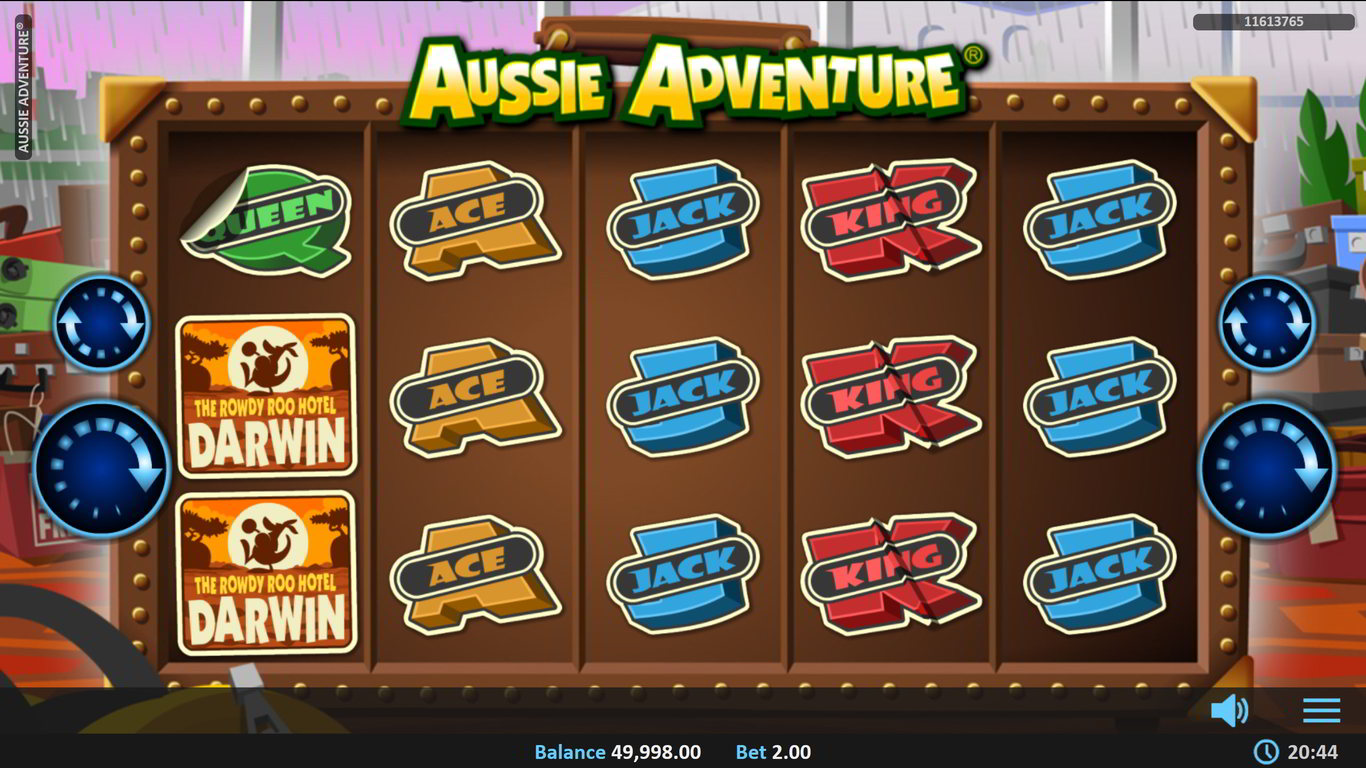 How to Play Aussie Adventure Slot

Before you can spin the reels on Aussie Adventure slot, you first need to set the bet. You can find the settings at the bottom of the reels. Click or tap the BET button and select the preferable sum from the list. The smallest wager starts at £0.60 per spin, which isn't quite the smallest amount for players who just want to try out Aussie Adventure or those who like to play a low-stakes game. Perhaps the justification for the high starting bet is that the game offers a top payout of 2500, but only when the winning combination has been made on the highest bet of £200 per spin.

To set the reels spinning use the blue and round spin button that is present on either side of the reel-set. Above this button is the Autospin option which allows the player to select from four preset numbers of spins. The same window has the option of setting up a win limit, however, there isn't the option to set a loss limit, as is possible on other online slots. That being said, pressing the start button will set the reels going and to stop the autospins function press the spin button again.

How to Win Aussie Adventure Slots

Another option that may come in useful to the players is the paytable. This is where the players can turn to in order to discover symbol pay information for each individual symbol when it lands on a payline in three, four or five instances. To access the paytable press the three-dash menu icon which is in the bottom right corner of the page.

This takes us to the symbol pays, of which the most valuable is the JACKPOT tag, paying 2500 for five of these symbols on a payline. The following symbols according to value are the Darwin and Bondi Beach postcards, both paying 800 on the highest bet. The Brisbane card has a swordfish on the picture and the Melbourne a lobster. Both of these are 400 on the line bet when they land in matching numbers on the Aussie Adventure slot.

The rest of the symbols are the high cards, and these are the low-valued symbols. These start with the jack and end with the ace. Another symbol is the Wild. It substitutes for any symbol, except the scatter. However, despite all of these symbol pays and despite the top symbol saying JACKPOT on it, it is the BONUS symbol that triggers the free spins bonus feature and the game's biggest payout. 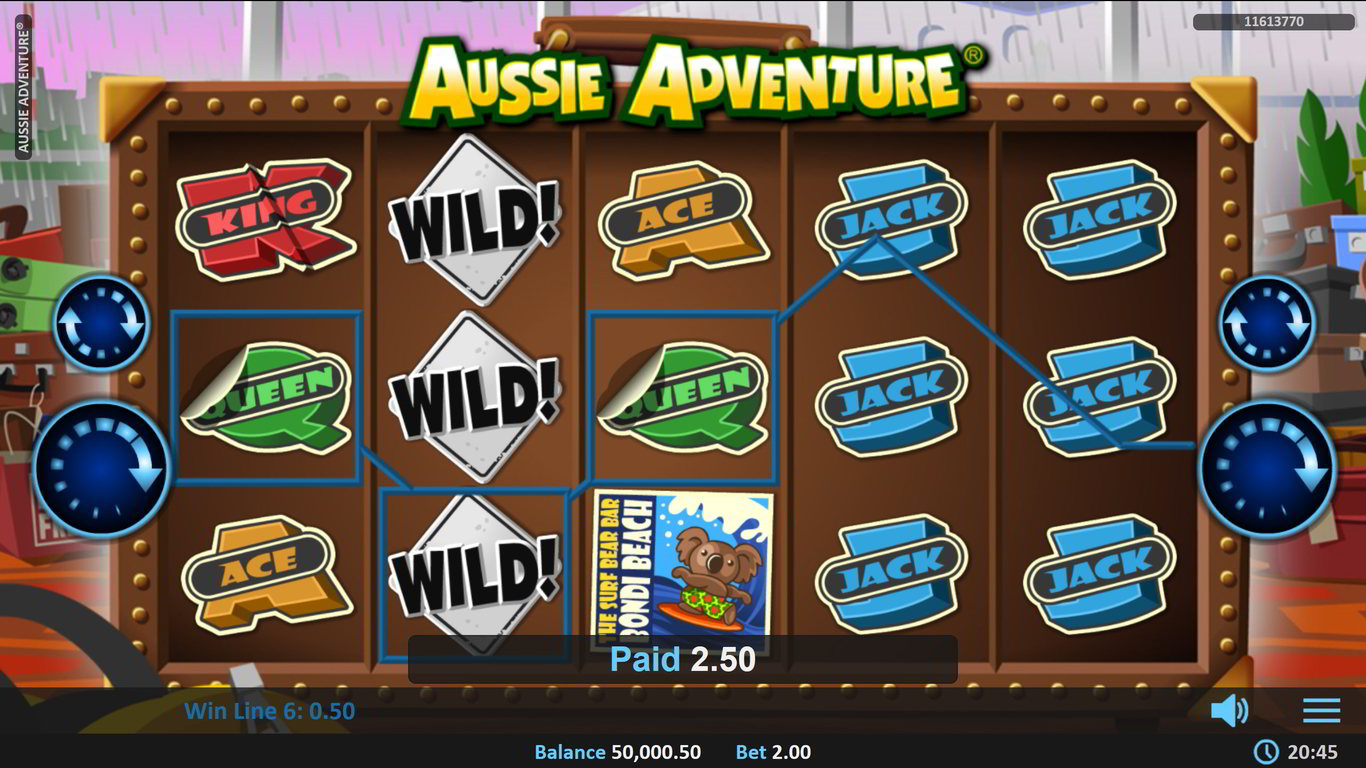 Aussie Adventure has one only bonus feature - the Aussie Adventure Free Spins round. Other than that, the only other special symbol is the wild, which substitutes for all the other symbols, except the bonus.

In order for you to trigger the free spins round, you will need to land three or more of the scatter symbol. Three of these symbols will get you 15 free spins. If you land more scatters, you will win even more free spins. The fun thing about the free spins bonus feature is that the reels turn upside down.

If you like the mixture of playing online slots and travelling to countries that are out of your reach, you are in luck. There are many other software developers that have based their games on this theme. So, it doesn't come as a surprise that the travel slots are really popular in the online gaming industry. There is a wide range of different travel slots that we have reviewed here at SlotsWise. Some of the most popular ones are Tiki Island, Lost Island, Aloha! Cluster Pays, Around the Reels in 80 Wilds and more. If you want to read more about these online video slots, make sure that you click on the links above.

We really had fun spinning the reels of Aussie Adventure slot. So, if you want to take a virtual trip to the land down under, you might want to give this game a try. Try to trigger the bonus feature and enjoy the awarded free spins. 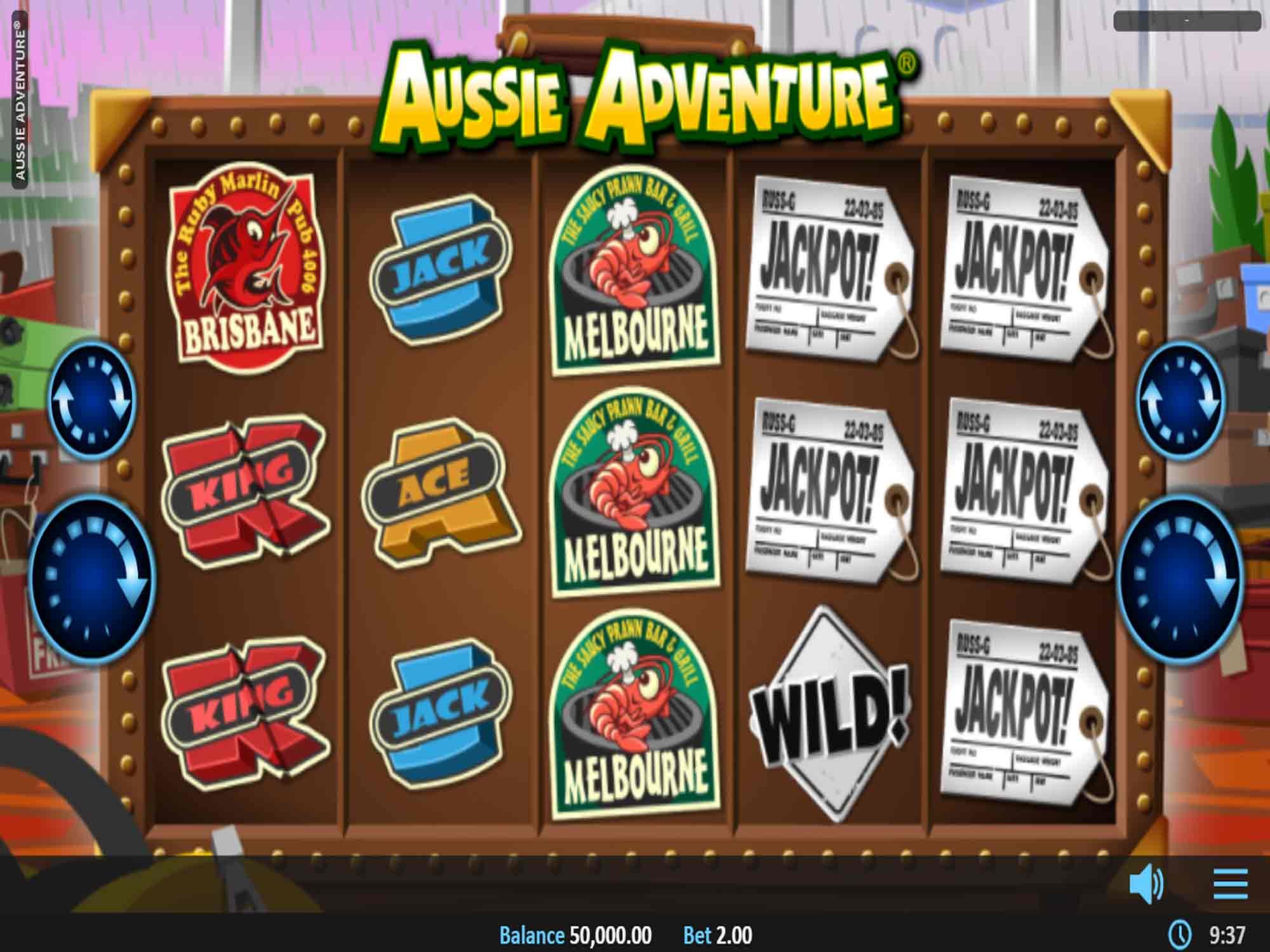 Aussie Adventure slot is a low variance slot game and the RTP itself is on the edge of what is average, with a total of 95.25%.

This game can be played on desktop, mobile and tablet. Even though the graphics are good but not spectacular, the game plays on the mobile screen just fine. As long as your device supports an online casino to be launched, this game will launch as well as it doesn’t require a powerful engine to run.

If you want to give Aussie Adventure a try and see what the fuss is all about, we are glad to provide some guidance. Check out some of the casinos that we recommend at SlotsWise and start your adventure.

A Night In Paris