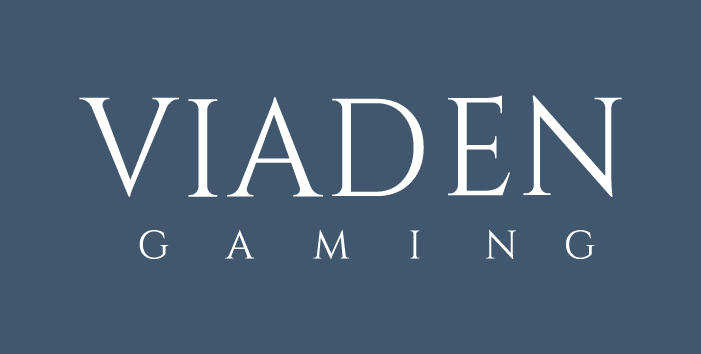 Viaden provides a great selection of casino games and gaming solutions and its contributions are backed up by over two decades of experience. Read more about the company, the different types of games, and the software it provides in this detailed review below.

Everything You Need To Know About Viaden

Our Verdict on Viaden

Despite not gaining the level of popularity as the iGaming titans, this software developer is still very well known within the industry and outside of it. In addition to providing end-to-end solutions for casino operators, the company’s social media and mobile gaming applications are where most of the success comes from.

Viaden has created a great number of smartphones applications that are enjoyed by countless users. However, in this review we will focus on the company’s contributions to the gambling industry, so continue reading to learn more.

Viaden was officially founded back in 2001, but it was around 2010 that the company was first certified for the iGaming industry. It was established in Minsk, Belarus which is still where the headquarters of the company is located. The developers have accumulated a great amount of experience, which can be seen in Viaden’s products and services.

Various international testing agencies have monitored Viaden’s games and have certified them as safe and secure. In addition to that, the company also holds a licence from the Isle of Man authorities, which is further proof that Viaden offers a secure environment and fair play.

The company may not have won any prestigious awards within the iGaming industry, but it has won the Best Entrepreneur of the Year Award three years in a row. On top of that, there have been several other awards, but as we said, they are not related to Viaden’s contributions to the gambling industry.

One thing that makes Viaden different from its competitors is the fact that in addition to the iGaming industry, this company has also established itself in the mobile gaming sphere as well. With over 60 iOS and Android applications, Viaden has managed to win over more than 10 million users and it continues to do so.

The number of games in Viaden’s portfolio is not known for certain, which is understandable, considering the fact that the company doesn’t have an official portfolio. However, one thing that is certain is that the studio releases around 40 new titles each year. This number, combined with Viaden’s extensive career translates into a very rich and diverse array of games.

Putting aside the mobile gaming aspect, Viaden’s main focus is on video slots, which there are quite a lot of. The company also creates video poker, as well as several types of table games, such as roulette, blackjack, and pai gow. Basically, everyone can find something that fits their taste.

That diversity is made even more exciting considering the fact that Viaden also offers jackpots. There aren’t many games that include them, but players can potentially win some really worthy jackpot prizes, even progressive ones.

Great graphics and wonderfully designed visuals are part of the package. The majority of the games can be incredibly immersive because of the top-notch graphics and their colourful appearance, which tends to be very theme-appropriate.

Not everything can be so perfect all the time and one area in which Viaden falls a bit short is the RTP. The Theoretical RTP of the games is usually way below the industry average, ranging between 93% and 95%, with several exceptions, of course.

As we said, the games can still be incredibly fun and entertaining. They revolve around interesting themes that can be very engaging and on top of that, they are enhanced with the great visuals that we mentioned before.

We already explained the appearance of the Viaden slots, but now let’s talk about the type of gameplay that they offer. With most of the games, the developers have stuck to the simple and somewhat standard 5x3 arrangement of the layout. There are however some exceptions that are played on smaller and more unique grids. There aren’t many bonus features, included, but the experience can be just as fun nonetheless.

Some of the more popular Viaden titles include Royal Oak, Maya Pyramid, Luxor Valley, Football Cup, and Burning Cherry, among others.

The Royal Oak slot can take you to a traditional British pub, where you can enjoy an immersive atmosphere and spin a smaller 3x3 grid for the chance to win big rewards.

With the Maya Pyramid slot, you can explore the ancient secrets of the lost Maya civilization. The game comes with colourful visuals and great symbols, as well as great potential prizes.

Explore the Egyptian deserts with this Luxor Valley slot. Endless sands, tall pyramids and colourful theme-appropriate symbols await you in this visually stunning and immersive game.

This Football Cup slot can be a real treat for everyone, especially the fans of the most popular sport in the world. The game offers great visuals, animated characters, as well as a progressive jackpot.

Nothing is on fire in the Burning Cherry slot, but there may be some hot prizes. This is a retro-themed game with traditional fruit symbols and a relaxed atmosphere overall. It doesn’t have many bonus features, but it can still be quite entertaining.

It is only natural that a company that is involved in the mobile gaming sphere would also make its casino games mobile optimised. All of the Viaden games are made with HTML5 technology, which makes it possible to play them on the go, without the need for any downloads. You can access them directly in the browser of your smartphone or tablet that runs on Windows, Android, or iOS operating systems.

All in all, Viaden is a very successful company that contributes to both mobile gaming and the gambling industry. Its games can be very enjoyable, despite their relatively simple and straightforward way of playing. In addition to video slots, which are also its main focus, Viaden also provides table games and poker. You can check out some of this studio’s incredible games right here on SlotsWise.

What types of games does Viaden offer?

Viaden focuses mainly on video slots, as well as roulette, blackjack, and video poker. The studio also offers jackpot games as well, to those players who prefer them.

Which are the most popular Viaden slots?

Royal Oak, Maya Pyramid, Luxor Valley, Football Cup, and Burning Cherry are only some of the more popular Viaden releases.

Yes, the games have been certified by several international testing agencies and Viaden holds a licence by the Isle of Man authorities.

Yes, they are all made with HTML5 technology, which makes them accessible directly from the browser of smaller devices such as smartphones or tablets.