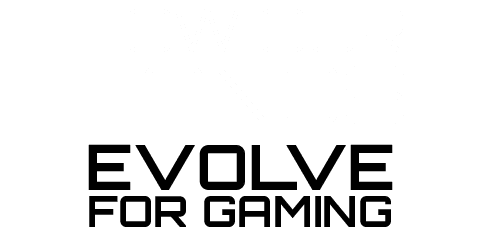 Gaming has become an industry where consumers are no longer settling for less. Equipment for players is continuing to adapt and grow to help increase performance output. We ask the question - what if evolution within our hands was the key to being a better gamer?

What if Our Hands Evolved for Gaming?

Gaming has been a popular pastime for many people around the world, with some choosing to take it a step further and pursue it as a full-time career. Its popularity continues to see growth year on year as a way for people to stay connected and escape.

But, with the human body not originally meant for gaming in terms of how our hands are shaped for holding controllers, what would they look like in the future if they adapted for optimum gaming performance?

In order to determine just how quickly this evolution could occur, we’ve also looked at the statistics of gaming, showing that consumers are gripping a controller for almost a quarter of the day meaning they could suffer from various muscle strains in their hands - could our evolution change this?

Meet the Gaming Hand of the Future

For manufacturers of gaming accessories, speed and accuracy play a big role in how they develop equipment to better suit gamers.

Simon Cornelius, Managing Director of Cornelius Creative Ltd, an agency that develops and markets gaming products, mentions that “controllers, as they stand, are ergonomically designed, however, the increased immersive experience of some games require more buttons to play.

“Looking at it another way, the manufacturers are responsible for designing controllers that lessen the impact on our physiology”.

As smartphones and controllers continue to get larger, it begs the question - how well will they fit into a human's hand given that our hands are not increasing in size at the same speed?

Simon continues to describe how our hands could look if they evolved for gaming; “an increase of buttons on the controllers means our fingers, specifically thumb, index and middle are doing more work and must stretch further.

“I would therefore expect an evolution of our hands to include a lengthening of those fingers, with fast reaction times. The ring and little finger would recede and possibly become more claw-like to wrap around the controller”.

For professional first-person shooter (FPS) gamers, their reaction times can clock anywhere between 100-250 milliseconds - this is in comparison to the average FPS gamer who’s reaction times are between 300-500 milliseconds. Utilising extra controller buttons and having a hand evolved for gaming could mean these numbers dramatically decrease in the future, making gaming even more of a competitive sport.

How Our Hand Was Born

We, therefore, used the expert commentary to bring to life just how our hands could look in the future.

Below are the key points of the illustration:

You can see all of the designs in high resolution here.

Playing video games for an hour or two a day is part of the daily routine for a lot of people around the world, and so it isn’t completely unbelievable that over time our hands could evolve. Our research also looked into the statistics around gaming for some of the biggest countries in the world, analysing how long consumers are playing games and what the average hours are for males vs females.

A study by Limelight surveyed consumers based in France, Germany, India, Italy, Japan, Singapore, South Korea, United Kingdom and the United States to find out how often they play video games.

The study revealed that 18-25-year-olds average more than six and a half hours consecutively playing video games - that’s over a third of the time we’re awake each day.

Perhaps a more eye-watering statistic comes from the percentage of gamers who spend more than 20 hours a week playing video games.

Major effects of playing video games for too long include repetitive stress injuries and inflammation. Gamers can also develop carpal tunnel syndrome which involves inflammation of a nerve in the wrist, causing pain and numbness.

As gaming continues to grow in popularity, it really does raise the question of what the future holds both for gaming accessories and how we as users play. Our design has given a glimpse into the future of how we could evolve as humans to perform at a much higher level when gaming.