Secrets of the Phoenix is a five-reel, 25 payline slot from Gamesys. In this exciting slot, you can take advantage of the cascading reels which make room for a new set of symbols after every winning combination. Just as the phoenix can rise from its ashes and become a wonderful creature, you can win great prizes at every spin, especially if you manage to trigger the free spins feature. Get ready for a journey in a mysterious world with high-quality graphics, impressive gameplay and dynamic features. Read more about this popular game in our Secrets of the Phoenix Slot Review. 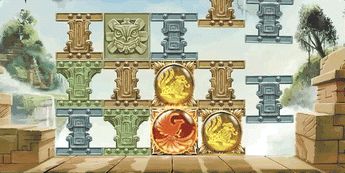 Secrets Of The Phoenix Slot Online

About Secrets of the Phoenix Slot

With Gamesys' Secrets of the Phoenix, we’ve come to develop certain expectations and one of those regards the design of this software provider’s games! Luckily for us, and you, this game follows suit and lives up to them, providing players with some visual greatness right from the moment the game is launched.

Players are welcomed with some open Secrets of the Phoenix slot reels, barely contained within an outer boundary, but instead surrounded by clouds and what appear to be floating islands and distant temples - all incredibly well-drawn.

The reel symbols don’t disappoint either and all Secrets of the Phoenix players have the opportunity to land many of them to receive winning payouts!

Each of the symbols appears to be Aztec-inspired and players can land rock-carved faces, small stone pillars and animal orbs. Plus, the game has a scatter symbol in the form of an Aztec mask carved into a square rock, as well as a burning phoenix wild!

When it comes to the payouts, the Secrets of the Phoenix slot can deliver wins of up to 500x the stake, which is excellent. You can place bets anywhere between £0.25 and £200 per spin, so the game’s betting options are diverse enough to suit every player’s budget. What’s more, if you play with the highest bet available and manage to land top wins, you can win up to £100,000 in a single spin. Once you’ve adjuster your desired bet per spin, you can press ‘Spin’ to get the Secrets of the Phoenix reels rolling.

The cascading reels, while not entirely original, are a nice addition to Secrets of the Phoenix, not being the most common feature of the slots scene. You can land winning combinations again and again from the same spin, thanks to this particular feature and new symbols filling the voids that previous winning ones leave!

Plus, players can also receive payouts for just two-symbol combinations in some cases, meaning that cash winnings are never too far away!

Better yet, you can win Secrets of the Phoenix free spins - up to 25 in fact! As you may or may not know, we’re huge fans of free spins features within slot games, so you can see why this is another reason for us to enjoy this online video game.

Like we’ve said, the Secrets of the Phoenix slot has an incredible design. When you open the game, you will be facing the ruins of a temple where the reels are placed, while the background displays a wonderful landscape of floating mountains. In fact, the world where the Secrets of the Phoenix slot is located is just the world where a creature as the Phoenix might exist. Overall, the game looks gorgeous with high-quality graphics and each symbol is original and beautifully designed.

Speaking of symbols, each symbol in this game is Aztec-inspired and players can land rock-carved faces, small stone pillars and animal orbs. To start from the low- and mid- paying symbols, they look like ancient carvings that were taken straight from a temple. The value of three of the low-paying symbols is 5x or 10x the coin value, while five of a kind are worth 30x.

The middle-paying symbols will reward you up to 100x the stake for five of a kind, which is great. However, the game is all about landing the high-paying symbols that are designed like animal orbs and can contain either a dragon, an eagle, or a tiger emblem. You can win prizes up to 500x your bet and trigger the game’s maximum potential.

In addition, the Secrets of the Phoenix slot has a fiery red phoenix symbol which is a wild symbol and has the ability to replace any regular symbol except the scatter. The wild will help you form winning combinations and it can expand to create even more wins. Also, the game features a scatter symbol in the form of an Aztec mask carved into a square rock. But, instead of triggering bonus games as it usually does, the scatter will multiply the value of your wins.

RTP, Variance and Payouts for Secrets of the Phoenix Slot

RTP stands for 'Return to Player' and it is a percentage that represents the hypothetical payout of a slot game. Every slot has an RTP although they do vary for a game to game.

When it comes to the Secrets of the Phoenix, this game has an RTP of 94.97%. So, for every £100 wagered on this Gamesys slot, it pays out £94.97 in winnings, meaning the slot takes the remaining £5.03. Still, the amount you get back from a winning spin depends on how much you're wagering and of course which combination you land.

On the other hand, the variance of an online slot game gives players a good indication of how frequently the game is going to land winning lines. In the case of Secrets of the Phoenix, the variance is stated to be medium. This means that the game delivers lower-value wins but more frequently.

It has the ability to deliver maximum wins of up to 500x the stake, so you can win thousands of pounds from a single spin. If you want to learn more about RTP and variance models, read our detailed Variance, Volatility and RTP guide and see which one suits you best.

Gameplay and Features on Secrets of the Phoenix Slot

As we’ve mentioned on a number of occasions in our Secrets of the Phoenix Slot Review, this game offers players the opportunity to trigger free spins and take advantage of the Cascading Reels feature. In addition, the game has a wild symbol that can become stacked and provide you with many winning opportunities. So let’s review each feature of the Secrets of the Phoenix slot in detail.

If within a single winning combination an entire reel is replaced with new symbols, the Stacked Phoenix Wild symbol will replace the respective places. This further boost your chances to hit a big win in the next cascading spin and the Stacked Wild remains for one spin before it’s replaced by new symbols. 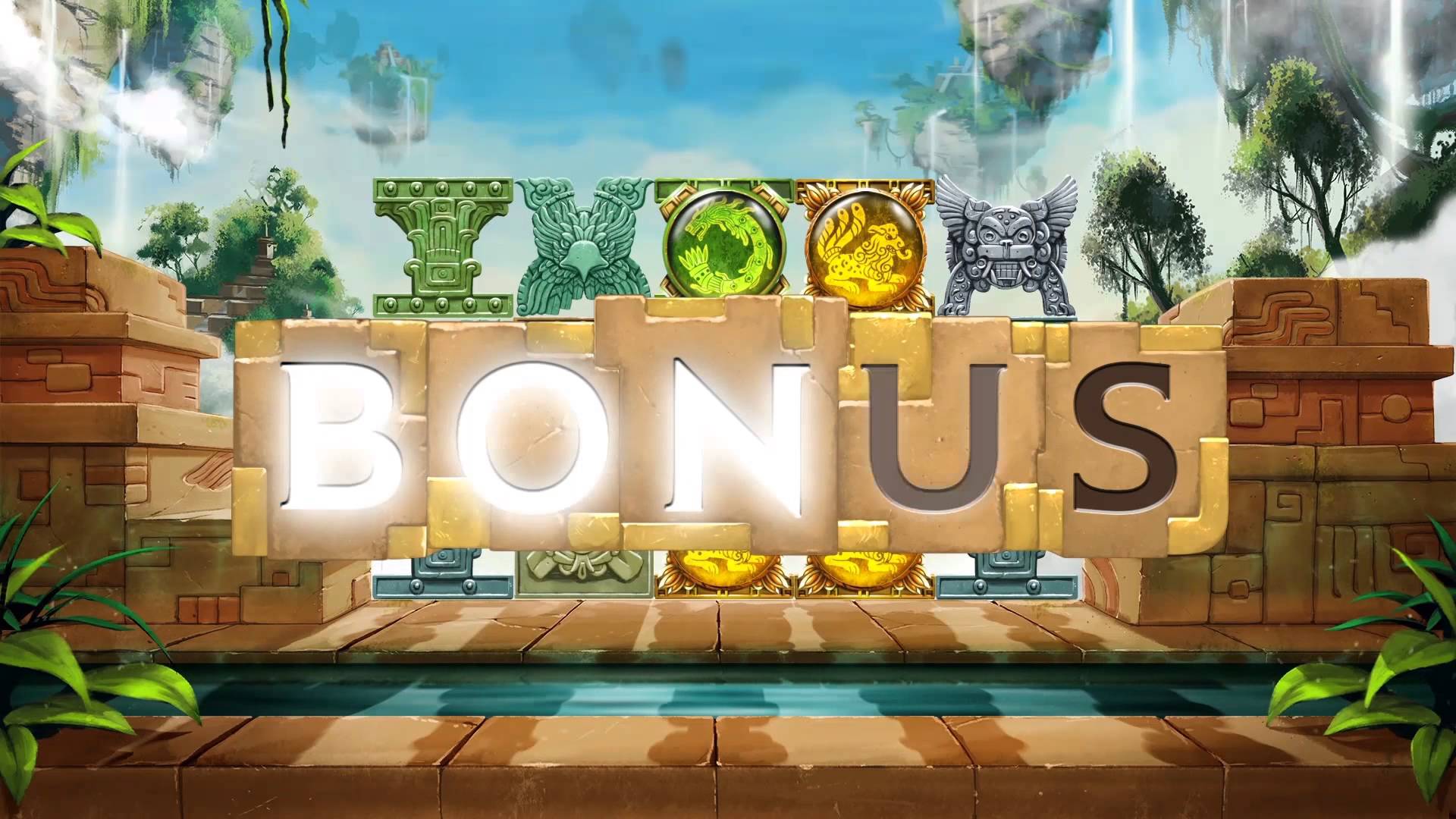 Secrets of the Phoenix 10 Spins Challenge

We took a different approach and decided to present you the game from our own eyes.

Introducing the Secrets of the Phoenix 10 Spins Challenge. Hit play and see what we got out of the game.

Where Can I Play Secrets Of The Phoenix?

As a Gamesys game, Secrets of the Phoenix can be played at their online casinos and slots sites. Many of these sites offer lucrative welcome offers too.

Jackpotjoy does not only offer a vast online slots section, but a number of bingo games too. However, within its slots roster is Secrets of the Phoenix and you can play this exciting game right here across desktop, mobile or tablet devices.

Virgin Games, like Jackpotjoy, offers a large selection of slots to choose from. However, it also offers a selection of casino games including blackjack, poker, roulette and much more. Why not play Secrets of the Phoenix at Virgin Games while waiting for your next poker hand to be dealt?

Secrets of the Phoenix on Mobile

If you’re a player who enjoys spinning the reels of online slots on your mobile or tablet device, you’ll be glad to hear that Secrets of the Phoenix Slot is optimised to work on any mobile. Gamesys has developed this game using HTML5 so it will perfectly load and adjust to your screen size.

No matter if you’re playing this game on a bigger or a smaller screen, you will receive the best gaming experience every single time. All you have to do is to access the online casino where you’ll be playing this game from your mobile, find the game and start playing. You can also download a mobile app if the casino has one.

Gamesys may not be producing as many slot games as some of their competitors, but the company has developed some of the greatest slots that have been played for many years. In fact, Gamesys is the provider that stands behind the incredibly popular Double Bubble slot, a game that has been in the top of the lists with the best slots for years.

Moreover, Gamesys has created another slot you might have heard of, the Tiki Island slot. It’s a five-reel, 20-payline game that allows you to land some amazing rewards, with the opportunity to trigger many bonus features.

Also, do you know the Winstones slot? It has been also developed by Gamesys! It’s a five-reel, 25 payline slot game whose highest symbol pays up to 2000x the stake. And of course, this wonderful game known as Secrets of the Phoenix is made by Gamesys and certainly lives up to the company’s reputation for creating first-class games.

There might have been many slot games with more bonus features and side games, but it’s very rare to find as wonderful game as the Secrets of the Phoenix slot. Gamesys did a great job with Secrets of the Phoenix and has packed it with great winning potential and excellent features including the Cascading Reels. In fact, the way the Cascading Reels can award free spins is absolutely genius.

So, play Secrets of the Phoenix today and claim either free spins or a cash bonus at one of the featured casinos at SlotsWise. There's never been a better time for you to spin to win incredible cash prizes!

Can I Play Secrets of the Phoenix Slot On Mobile?

Definitely! As many other Gamesys slots, Secrets of the Phoenix was developed in HTML5 technology, which makes it a mobile-friendly game. Just make sure that you have a solid internet connection before you play.

Can I Play Secrets of the Phoenix Slot for Free?

Absolutely! Here at SlotsWise, we recommend many reliable online slots sites that offer free play versions of many games, including Secrets of the Phoenix.

What is the Maximum Payout on Secrets of the Phoenix Slot?

The maximum payout that you can win on Secrets of the Phoenix slot is x500 your wager.

What is the Secrets of the Phoenix RTP?