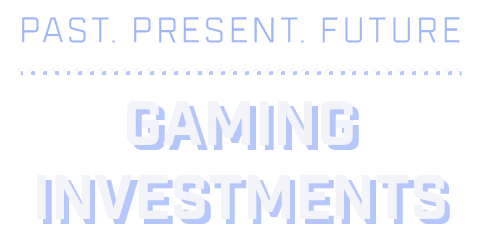 Collecting retro video games, cards and consoles are continuing to be an attractive hobby, with consumers making high levels of profit when choosing to re-sell. But how much can you make from your video games now, or if you were to hold onto them for future years?

Past, Present and Future Gaming Investments

We’ve all heard of retro-tech and old school games that have ended up being worth a fortune, whether it’s a 1st Edition Shadowless Charizard that sold for $360,000 at auction or an original gaming console - so could you potentially have a gold mine hidden in the loft?

With the second-hand video game market worth $67.9 billion in 2018, there’s a clear demand for your old games. In order to highlight just how much money you could make if you owned a valuable retro game, or if you’re looking to start a collection today with the hopes to sell in the future, casino review experts, Slotswise have revealed how much retro card games, video games and game consoles are worth today and in the future.

Analysing data for release prices, current resale values and calculating a 2050 prediction, here’s what we found.

Blue Eyes Shining Dragon Retro Pack is the most profitable pack you can find. Released in 2009, the card sold for just $2.50 but if you were lucky enough to pull this particular pack, it could be with up to $9,000 today.

Would you be tempted to sell if you do own one, or is it better to hold out a little longer? According to our calculations, if the pack continues to rise in value at the same rate, it could be worth more than $30,700 by 2050.

Alternatively, if you happen to own a Topps Mickey Mantle card and want to make money in the short term, you’re in luck. When sold in packets, the cards were valued at just $2.00 in 1952. Fast-forward to today and your card could be worth up to a staggering $2.8 million. Hold on to this card, and your profit could increase by a further 42% by 2050, valuing the card at more than $4 million.

Shantae Ranks As The Most Profitable Video Game To Invest In

If video games are more of your style, there’s plenty of opportunities to make money from your retro collection. Shantae, released in 2002, proves to have the highest increase in resale price if it continues to rise in value. At its current rate, it will be worth $1,253.65 in 2050. With a release price of $54.99, its current value has jumped to more than $600.

If you’re already a video game collector, Stadium Events for Nintendo Entertainment System (NES) is one you’d be lucky to have in your arsenal. Released in 1987 for a then retail price of $40, the game has seen a huge leap in its collectable prowess. If you own a copy of the game, 2021 prices are showing it to be more than $36,000 - a 91783% increase.

When it comes to video game consoles, nostalgia often gets in the way of keeping and selling. Not only have they brought so much joy into our lives, but they also remind us of what the past gaming industry looked like.

However, it may not be wise to hold onto your retro games console in the attempt to make a profit in the future.

Investment Alternatives: How Do They Compare?

Alongside studying the gaming industry, we looked into other popular investment opportunities to show how they compare with regards to profit.

Collectable pieces, rare clothing collaborations and trainers are all popular items for consumers to buy and sell as part of a side hustle. But is the gaming industry more or less profitable?

Buying and selling trainers is a popular method of investing for many. Queuing outside shops in order to pick up new, rare releases has become a cultural norm. As celebrities and brands continue to collaborate on making trainers and clothing, the resale value of these products only increases.

Alongside trainers, we looked at collectable items and streetwear clothing to show how they differ with regards to profit growth in comparison to the gaming industry.

Ranking in first place is the Supreme Logo Facemask. Released in 2020 through the midst of the pandemic, the facemask sold for a then $24. Just one year later and we’ve seen a 966.67% increase in its value, with the item being sold for $256.
One item that could see a huge leap in its value if it follows the current trend is the Supreme 10th Anniversary Box Logo Tee. Based on the price increase from the release date to now, it has seen a rise of 5915.63% in value. When comparing this to the gaming industry, both the Base Set 1 Alakazam #1 cards and Shantae video game fall within the same bracket for percentage increase. However, from a long term investment view, the Supreme item will bring in 10 times as much profit, should it continue to rise, with its value increasing 1425.90% by 2050.

Beginning an investment hustle in 2021? Experts share their tips:

Looking at making a wise investment in order to make extra money isn’t something new. Whether it’s turning your hobby into a career, or as our study has shown, investing in retro pieces to make money in the future, there’s plenty of options to explore.

We’ve partnered with Claire Reach, founder of Money Saving Central, to share advice when starting a side hustle.

Claire Reach, founder of Money Saving Central shares her advice for starting a side hustle.

“Do your research. A lot of side hustles can take up a lot of time for very little reward.”

“Take on a few side hustles - have a play around with a couple of side hustles until you find one or two that you actually enjoy doing. You’ll find you will be able to earn a lot more money if you’d dread logging in to your chosen activity.”

By taking on a few different ones at first, you can also gauge which ones bring you the biggest profit in the least amount of time. Because it’s all about earning money, the quickest, easiest, and most enjoyable way from the comfort of your own home.”

As many continue to turn towards buying and selling goods as an investment opportunity, evidence shows just how much of a return you can get should you either own some of these items or be lucky enough to pick one up.

Moving away from traditional investments such as property and artwork, is investing in retro video and card games the future?

In order to establish the investment on card, video games and games consoles, we looked into the difference between their release prices and current resale value. Taking into account the year they were released, we then calculated, based on the percentage increase, how much they could be worth in 2050.