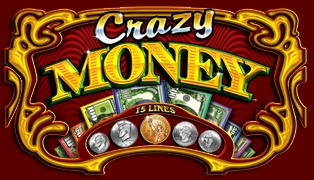 There are a lot of companies that develop online slots and other casino games. The industry has been particularly active and vibrant in the past years, and even decades. In fact, ever since the first online casino went live and players started going online to play games instead of visiting their local casinos, the game software development industry blossomed.

Many companies were launched at the same time with or shortly after the first few online casinos, but there few development companies that have been active previously. Incredible Technologies, or ITS Games, as they are colloquially known, are one of the game providers that have been around for quite a while. The company was launched back in 1985, and they have developed quite a lot of products and services since.

As we mentioned above, ITS Games was founded in 1985, and the company has grown successfully over the years, adapted to the changes on the marked and launched some quite exciting and innovative products in the last three decades.

In the early days, ITS Games made pinball games and their developers spent their days writing code for pinball games, as well as doing animations. It was two decades later when they decided to enter the casino gaming market and that proved to be a step in the right direction.

The company’s primary motive in all these years was to remain dedicated to innovation and originality. They aimed to produce every game in line with that strategy and that also applies to hardware pieces and game cabinets.

The company is owned privately, it is based in the US and they are members of multiple associations of casino game software developers, such as the Association of Gaming Equipment Manufacturers, the National Indian Gaming Association and more.

The company’s journey has been a rather exciting one. A lot has changed in the past three decades and ITS Games has changed too. The only thing that remained the same are two founders.

As we mentioned, ITS Games are more active on the land-based gaming market. Their cabinets currently feature 70 different slot games. We can’t go through all of them, so we’ve selected some of the top few.