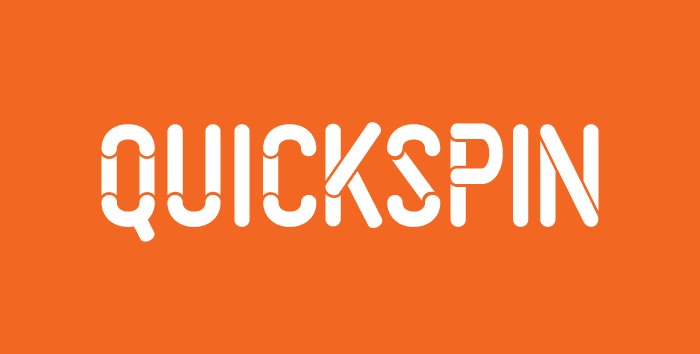 Quickspin is one of the leading suppliers of online casino games in the world. It creates impressive and captivating games of exceptional quality and it is considered to be on par with the likes of NetEnt, Microgaming and Yggdrasil. You can find a large selection of Quickspin’s video slots, right here on SlotsWise.

Everything You Need To Know About Quickspin

Our Verdict on Quickspin

Reaching global success is never easy, especially in the iGaming industry, which is incredibly dynamic and prone to change. In order to do that, you need to be able something truly unique, and it would appear that Quickspin has managed to do just that. With a relatively short career behind it, this company has created some of the best video slots, which are in high demand all over the world.

Quickspin has become a key player in the world of online gambling, thanks to its high-quality games that offer unique and lucrative experiences. Read this in-depth review and we will tell you about all the amazing things this company offers to its players and then you can check the games first-hand.

Quickspin started to dominate the iGaming industry in 2011 when it was founded in Sweden by a group of three friends. Today, this company works through its offices in Sweden and in Malta and shows no signs of slowing down, in fact, it seems that they are just getting started.

Naturally, as one of the top providers, Quickspin has infiltrated multiple markets, and in order to successfully do that, the company has been given a licence by the UK Gambling Commission, the Malta Gaming Authority, as well as the Swedish Trade Association for Online Gambling (BOS).

Further proof of the company’s exceptional work and influence in the industry are the numerous awards Quickspin has been given over the years. First, in 2013 they won the Software Rising Star of the Year award and the Game of the Year Award. The most recent award was the Star of the Future award, given to Account Manager Valentina Russo.

In 2021, Quickspin's most popular slot games were nominated in the SlotsWise Gaming Awards 2021. Namely, the Big Bad Wolf Megaways slot was nominated for the Hottest Slot 2021 Award, while the Book of Duat slot was nominated for the Most Popular Slot 2021 Award. Even if they didn't win, they god recognised among the top 6 in their respective categories, which is an achievement by itself.

A fascinating thing about Quickspin is not only the fact that it has managed to achieve such fantastic success in a relatively short period of time, but also that the company doesn’t have a particularly long list of games. However, Quickspin plans their releases a year in advance and for 2021 they are planning to release up to 3 games a month.

As we mentioned, Quickspin doesn’t have a huge gaming portfolio under its belt, but the quality of the games they have created so far is on a whole other level. Quickspin offers 89 video slots in total, and 86 of those are available on mobiles or tablets.

Quickspin’s success is even more impressive when you consider the fact that the company focuses only on video slots and not on other types of games, which is oftentimes the case with the rest of the industry titans. With Quickspin, you will not be able to play any bingo, live casino, or table games.

Quickspin also offers a treat for the fans of jackpots as well. There aren’t many games that come with potential jackpots, in fact, the first jackpot game they created was Dragon Chase slot, which came out in 2019 and it offers 4 fixed jackpots.

The quality of the games is spectacular and you will get to play with mesmerizing and captivating visuals that offer an incredible experience. The video slots are made with superb attention to detail and every aspect fits the concept of the game, from the appearance to the music, and everything in between.

The RTP rates of the Quickspin video slots are typically above the industry average of 96%, which are always satisfactory values. There are some occasional exceptions that go below that, but that’s rare.

The Quickspin team that develops these incredible games is certainly not taking its job lightly. The video slots come with some incredibly creative and innovative themes that will keep you on the edge of your seat. Plus, they offer some exciting bonus features that can be both helpful and thrilling.

In terms of gameplay, the Quickspin video slots offer a rather straightforward and simple way of playing, which doesn’t overcomplicate things and you can focus more on the actual game. But if you are a fan of more complex gameplays, there are Megaways titles too. There are some incredible visuals, as well as 3D effects and symbols as well.

Some of their most famous titles include Big Bad Wolf, Hammer of Vulcan, Cabin Crashers, Pied Piper, Sakura Fortune, and many others.

The Big Bad Wolf slot is a really fun game that comes with rather cartoonish, yet fun visuals. The theme is about the fairy tale about the three little pigs and the wolf, so you can expect an amazing atmosphere and many great prizes.

The Hammer of Vulcan slot is about the Roman god of fire and you will spin the reels inside his volcanic forge and earn massive wins. This is an amazing mythology-themed game with impressive visuals.

The Cabin Crashers slot is a much different type of video slot in terms of theme. With this game, you will get to experience a zombie apocalypse in a cabin somewhere in the woods. It comes with a rather cartoonish design, but the atmosphere and the potential wins are excellent.

If you are looking for something more colourful and cheerful, then the Pied Piper slot is a perfect choice. This is a medieval-themed game with kings, and princesses, set in a small peaceful town and the piper has come to play some tunes and make some money.

The Sakura Fortune 2 slot is a serene and tranquil game full of Japanese symbolism and samurai. You will get to play with colourful symbols and a relaxing atmosphere, where the prizes can be very profitable.

Quickspin has a mobile-first approach when it comes to its games, which means that all of the games are optimised for smaller devices such as smartphones or tablets. They are all made with sophisticated HTML5, which makes them compatible with both desktop computers and smaller screens, so you can play them anytime, anywhere you are.

It would appear that the Swedes are incredibly talented when it comes to the iGaming industry and are rather quick in dominating the markets and climbing to the top of the charts. Just like Play’N Go, Quickspin is another Swedish company that brings something truly special to the world of online gambling. Their slots are highly diverse and unique, which makes every game a special experience.

Each company bring something new and original to the table, and Quickspin is definitely no different. Despite their somewhat short career, the company shows no signs of slowing down and has even planned out its 2021 schedule. Ty some of their amazing games from the list above and you will be pleasantly surprised.

What types of slots does Quickspin offer?

Quickspin has not yet ventured out into creating multiple types of games, so their only focus so far has been on video slots. They don’t offer any bingo, live casino, or table games, unfortunately.

Which are the most popular Quickspin slots?

Some of the most popular and sought after titles include Big Bad Wolf, Hammer of Vulcan, Cabin Crashers, Pied Piper, and Sakura Fortune.

All of the Quickspin slots are made in accordance with the toughest regulations and they have been tested to ensure their safety. Plus Quickspin has been licensed by the authorities in the UK, Malta and Sweden.

Yes, all of the games are made with sophisticated HTML5 technology, which means that you can play them directly in the browser of your mobile or tablet device, without any issues.