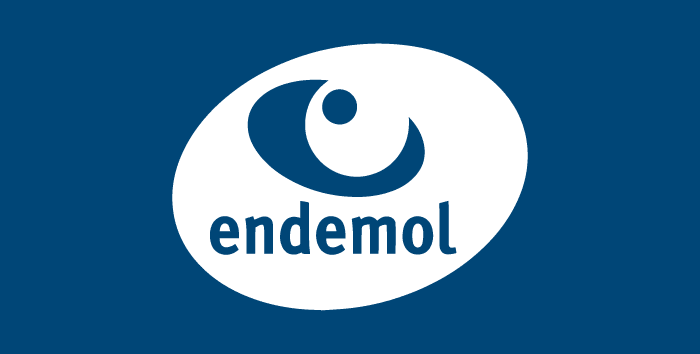 Endemol Games is part of one of the biggest entertainment companies in the world. Being in this world for a long time has allowed the developers to gain extensive knowledge of the demands and use that knowledge to their advantage. Read more about the company and what it has to offer below.

Everything You Need To Know About Endemol Games

Our Verdict on Endemol Games

Endemol Games is part of the massive Endemol Shine group, which is the leading creator of TV shows and quizzes all around the world, such as Big Brother, Deal or No Deal, and many more. After dominating that, the company decided to try its luck with the iGaming industry and it turned out to be a very smart idea.

You can find many different types of games that offer great quality and incredible potential prizes. Plus, you can also experience some of your favourite shows reimagined as video slots. Read more about all of that below and then you can check some of the games we offer here on SlotsWise.

The name Endemol has become somewhat of a household name, whose headquarters is of course located in London. The company as a whole was founded back in 1994 when it started creating with its innovative TV presence and it has been going strong ever since.

The company makes sure to stick to the necessary rules and regulations of the markets it operates in, which means that it offers safety and security to its players. In other words, you can play these games knowing that random outcomes and fair play are guaranteed.

Endemol Games is the division of Endemol Shine and it focuses on the company’s involvement in the iGaming industry. This smaller division has not won any prestigious awards for its work yet, but Endemol Shine on the other hand has had numerous award-winning shows over the years.

An interesting thing about Endemol Games is the fact that it works closely with Lotteries when creating its products. They have created very successful games with the UK’s National Lottery and are even working on creating such games for other countries such as Denmark and Slovenia.

When it comes to the number of games the company has in its portfolio, however, it is not that impressive. So far there are about 25 games in the library, which is not a lot, especially compared to some of the leading developers out there. However, the company’s main focus is TV entertainment, so it is understandable.

The majority of the games in Endemol Games’ library are video slots, but there are also a small number of games that include roulette, scratch cards, as well as the exciting Deal or No Deal games. There may not be a lot, but you can find something that fits your preference.

The fans of jackpots will be quite happy to know that despite not having a great number of games in their portfolio Endemol Games has still managed to include jackpots. One such game is the famous Deal or No Deal Jackpot slot, which includes a very tempting progressive jackpot.

One thing that the developers at Endemol Games know how to do is to set the scene. Their games have some really incredible visuals and exceptional graphics, but they seem to be especially prominent in the video slots whose experience requires such elaborate visual design. Overall, you can look forward to really great experiences with stunning visuals.

The Endemol Games video slots seem to be a bit below-average when it comes to the theoretical RTP. The values are typically between 95% and 96%, but the RTP of the roulette game for example goes as high as 97%.

Overall, the games that Endemol Games has created so far offer a great deal of fun and entertainment to players, especially because the developers have made sure to include many different types of themes and ways of playing. On top of that, there are great bonus features to keep you entertained throughout.

Being part of the Endemol Shine Group has allowed Endemol Games to create video slots and other types of casino games based on the many TV shows created by the bigger company.

This includes Deal or no Deal, Big Brother and so many more in addition to the other great video slots. On top of that, there are also a couple of Megaways titles for the ones who prefer more dynamic ways of playing.

Some of the most popular titles include Monster Meltdown, Maidens of the Sea, Deal or No Deal The Bankers Riches, and Big Brother, among others.

Enter a dangerous nuclear laboratory and spin the reels full of colourful monsters that can bring you incredible prizes. Monster Meltdown slot comes with realistic visuals and great graphics, plus there are great bonus features and an expandable layout to help you out as well.

Maidens of the Sea Slot

With Maidens of the Sea slot, you get to dive deep underwater to a stunning coral reef and find many great surprises. The beautiful mermaids and the aquatic animals will cover the reels and combine in order to bring you massive prizes.

Deal or No Deal The Bankers Riches Slot

Deal or No Deal The Bankers Riches slot is a very interesting video slot based on one of the most famous game show by the same name. The game offers straightforward gameplay plus the chance to win some seriously massive progressive jackpots.

Big Brother is another slot that was inspired by a popular reality show that took the world by storm. The game is full of elements that are related to the show and there are also 25 active paylines with incredible potential prizes.

Endemol Games makes sure that everyone can be able to access their games, no matter where they are. All of the games are made with HTML5 technology, which makes the games compatible with Windows, Android, and iOS operating systems.

You can simply open the game you want to play directly in the browser of the device you prefer (mobile or tablet) and start spinning the reels.

Being a part of such a massive and influential company is certainly evident in the games you can find in Endemol Games’ portfolio. You are in for some really exciting games that are made around your favourite TV shows and quizzes, but there are also many other games that focus on the other popular themes in the iGaming industry.

Endemol Games is certainly a developer of really fun games that include many of the things that players seem to enjoy, such as the Megaways engine, progressive jackpots, as well as immersive and elaborate visuals.

Now that you’ve read about the company it’s time to check out some of the games from the list above and enjoy what they have to offer!

What types of slots does Endemol Games offer?

Endemol Games doesn’t have a very extensive library of casino games, but they do offer great video slots, roulette games, as well as scratchers and other Deal or No Deal games.

Which are the most popular Endemol Games slots?

Monster meltdown, Maidens of the Sea, Deal or No Deal The Bankers Riches, and Big Brother are among the most popular titles by this developer.

Endemol Games is part of the bigger Endemol Shine group and it makes sure to work in accordance with the strictest rules and regulations of the markets in order to provide great gaming experiences and fair play.

Yes, they are all made with modern technology, which allows you to play it directly in the browser of your smartphone or tablet, without any issues.