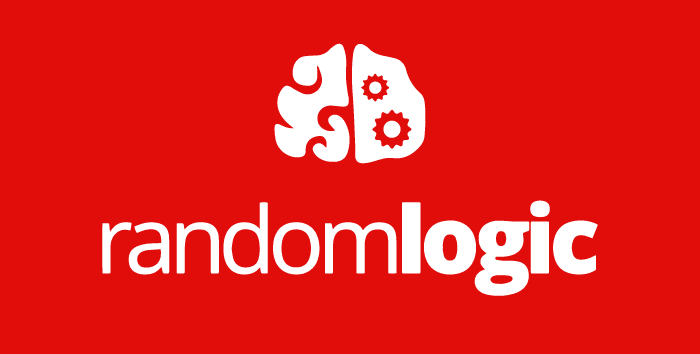 Random Logic is an American software developer that has become a really commendable company and has brought its fair share of originality and praiseworthy video slots over the years. You can find out all about it and also check out some of the games we have here on SlotsWise.

Everything You Need To Know About Random Logic

Our Verdict on Random Logic

Random Logic has a decent amount of experience under its belt and it is a subsidiary of a huge gambling operator called 888 Holdings. 888 was in fact one of the founders of eCOGRA, which is the biggest organization that controls fair play and the players’ protection, so you can be sure that Random Logic also works in accordance with these principles.

In addition to the casino releases, the company is creating games that you can play on social networks as well, so you can say that creating games is Random Logic’s passion. You can read more about what the company has achieved over the years, or you can check out some of their games.

The safety of the players and guaranteed fair play is Random Logic’s priority, which is why the games are regularly monitored and approved by eCOGRA. This means that you don’t have to worry about the fairness and randomness of the outcomes.

Despite having a considerable amount of experience in the industry, Random Logic has unfortunately not been given any official rewards for its work, but the company’s games are definitely praiseworthy, so maybe they will receive some recognition in the future.

Random Logic always puts the players first, but the company also makes sure that their games are played in successful and trusted casinos. That’s why the company offers lots of promotions and bonuses for their loyal players, which is a definite win-win situation for both the players and the casinos.

Random Logic has created countless amount of games over the year, especially since it is a subsidiary of 888. It is hard to determine the exact number of games, but it definitely high, plus there is a lot of diversity so there is something for everyone.

This company specializes in multiple different types of casino games, of which the video slots are at the top of course. However, there are also table games such as blackjack, baccarat, and roulette, and there is also video poker. On top of that, you can also enjoy live versions of the table games, which come with a chat feature.

Random Logic knows the market and the players, which is why it also has several games with fixed jackpots. In addition to that, there are also progressive jackpots, which can be won in games such as Alice’s Wonderland slot.

In terms of the visuals and graphics, you can expect immersive experiences with well-designed visuals and layouts. Some of the games have a bit of a land-based, retro feeling to them, but generally speaking, they are really fun to play and their appearance always matches the theme and the concept of the game.

One thing that we need to point out is that you should not go into these games expecting high RTP rates. In fact, it seems that most of the games have below-average RTP values, around 95%, which can oftentimes be discouraging to some players.

Despite the relatively low percentages in the theoretical RTP aspect, the Random Logic games are very fun and entertaining. They offer lots of diversity, not just in terms of themes and visual designs, but also in regards to the overall gameplay and the things they have to offer, so boredom is not something you should worry about.

With the Random Logic slots, you can expect different kinds of gameplay, which includes 3-reel layouts, as well as bigger 5-reel grids for an even more exciting experience. On top of that, being big in the US market has allowed this company to acquire licences and to be able to create many branded video slots as well.

Some of the most popular Random Logic slots are A Nightmare on Elm Street, Bloodlines, Panda Manga, Clash of the Titans, Cluedo, and so many others.

A Nightmare on Elm Street Slot

As you can tell by the title, A Nightmare on Elm Street slot is a branded video slot about one of the most famous horror movies of all times. You will get to join the characters of the movie including of course Freddy Krueger and you can win massive prizes.

Bloodlines slot is an interesting vampire-themed game with some rather interesting visuals. You will spin reels full of neon symbols, as well as good-looking vampires as they search for their next victim and you win incredible prizes.

With the Panda Manga slot, you will get to experience a retro-looking video slot with an Asian theme and cartoonish visuals. There is a peaceful and relaxing atmosphere that will let you immerse yourself in the straightforward gameplay.

Clash of the Titans Slot

Clash of the Titans slot is another branded video slot, but this time instead of a killer, you will get to fight a Kraken, alongside Perseus and the rest of the characters from the famous 2010 movie. It is a really well-made game with a great atmosphere.

Cluedo slot is based on the famous board game in which players have to solve a murder mystery and find the killer. It is a retro and cartoonish-looking video slot, but there are lots of amazing prizes to be earned.

You can enjoy these games anywhere you are, thanks to the state of the art HTML5 technology that they are made with. It makes it possible to play them anywhere you are, directly in the browser of your Windows, Android, or iOS device, without having to download any apps.

For all the players who want to experience something new, outside the box of mainstream video slot developers, Random Logic Group is definitely one they should check out.

Being in the industry for about two decades now has made this company something of an expert when it comes to the players’ needs and wishes, so you can expect really excellent games with lots of great bonus features and surprises.

Random Logic offers many fantastic video slots, which also include different gaming styles, and even potential jackpots, both fixed and progressive. Furthermore, if you are a fan of branded slots, you can find such games as well. Why don’t you check out some of Random Logic slots we offer above and have fun?

What types of slots does Random Logic offer?

With Random Logic, you can indulge in video slots, table games such as roulette, blackjack, and baccarat, there is also video poker. Random Logic also offers live casinos for the players who prefer them.

Which are the most popular Random Logic slots?

A Nightmare on Elm Street, Bloodlines, Panda Manga, Clash of the Titans, and Cluedo are among the top played video slots created by Random Logic.

Random Logic is a subsidiary of 888, which is a founding member of eCOGRA. In other words, all of their games are being tested and approved for fairness, so there is no need for worry.

Random Logic creates all of their games so that they are accessible from all types of devices that run on the major operating systems. Simply open the game in the browser and start spinning.