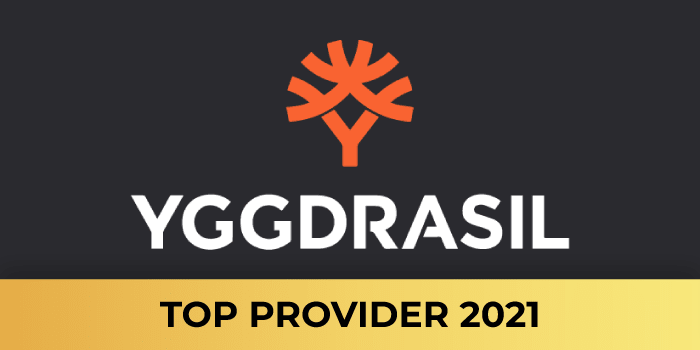 Yggdrasil is a global slot provider that holds one of the leading spots of the online gambling world, alongside a few other industry giants. The company offers a ton of really amazing games, with excellent visuals and amazing prizes. You can find a great deal of them here on SlotsWise, so you can check them out first-hand.

Everything You Need To Know About Yggdrasil

Our Verdict on Yggdrasil

Yggdrasil is one of the leading software providers and has dramatically changed the course and the climate of the iGaming industry with its high-quality games, creativity and countless innovations. The company has introduced many novelties to the world of online casinos, which is why it is considered to be among the most influential members of the industry.

Yggdrasil may not have the biggest portfolio, but that is not even the goal of the company. The CEO of Yggdrasil, Fredrik Elmqvist has stated that they aim to be the best, not the biggest, and that is exactly what they have done. You can read more about the amazing accomplishments of this company in this in-depth review.

With the success it has achieved until now, it’s easy to forget that Yggdrasil is still a relatively new company. It was established in 2013 in Malta, which is still where the headquarters is located. Since then, however, Yggdrasil has opened offices in Sweden, Gibraltar, and Poland. In fact, the main development office is located in Poland.

So far, Yggdrasil has managed to infiltrate 17 markets worldwide and it is present on three continents. Their role and influence are proven by the fact that they hold the most creditable licences in the industry. The company has been certified by the UK Gambling Commission, the Malta Gaming Authority, the HM Government of Gibraltar, and they also have a licence by the Isle of Man Government.

What makes Yggdrasil different from the other video slot developers is the incredibly innovative nature of the company. Yggdrasil has come up with many things that are new and that have set the standards for the industry, such as the fantastic iSENSE 2.0 technology and the handy Boost tool, which allows a greater experience for players.

Like we mentioned previously, Yggdrasil does not have the most extensive library of games, but it is definitely one of the best ones out there. So far, the company has created over 160 games in total, and they are continuing to add more and more games to that list.

The company has decided to put its focus mainly on video slots, which is what the portfolio is mostly made up of. There are however several games that will please the fans of table games. Yggdrasil offers roulette and a few blackjack games as well.

On top of that, you will find that Yggdrasil doesn’t disappoint in the jackpots section either. There are many games that offer amazing fixed jackpots, but for the fans of much bigger wins, there are also the Joker Millions slot and the Empire Fortune slot, which offer fantastic progressive jackpots.

All of the games are incredibly immersive and captivating. They are all made with innovative iSENSE 2.0 technology, which makes the games much more realistic, with improved graphics, 3D effects, and a lot smoother gameplay, among other things, regardless of what device you play on. It has brought new possibilities in the world of video slots.

Yggdrasil doesn’t seem to stick to a certain RTP value for their games, so it depends on the game you choose to play. The theoretical RTP rates vary and can be below or above the industry average, so just make sure you are aware of it before you start playing.

The Yggdrasil video slots are extremely fun and exciting to play as they offer a diverse array of creative themes and fitting visuals. You can find everything from mythology to futuristic themes and on top of that, they are all equipped with incredible bonus features that can make the games a lot more entertaining and lucrative.

With Yggdrasil, in addition to the diversity in regards to the themes, you will also find a wide array of mechanics as well. You can play with more complex and dynamic rules, as there are games that employ the Megaways engine, Infinity Reels, cluster pays, Gigablox, DoubleMax, and so much more.

Some of the most favourite and most played video slots include Valley of the Gods 2, Vikings Go Berzerk Reloaded, Hyper Burst, Blood Moon Wilds, and Raptor DoubleMax.

Valley of the Gods 2 Slot

The Valley of the Gods 2 slot is the sequel to the first and very successful instalment of this game. It offers a very unusual pyramid-like layout with different sizes of reels, as well as many amazing bonus features to help you out.

The Vikings are once again battling mermaids and the Vikings Go Berzerk Reloaded slot offers a very immersive atmosphere with the same amazing characters and lots of massive prizes. The bonus features can also be very helpful.

The Hyper Burst slot is a fantastic video slot about active volcanoes and tribal masks that will keep you entertained throughout the whole game. The game is set in a tropical jungle that has a massive volcano in the middle ready to erupt with prizes.

The Blood Moon Wilds slot comes with a gothic Victorian atmosphere and several fantasy elements that make it super entertaining. The blood moon can bring you some massive prizes and the visuals are high-quality.

With the Raptor DoubleMax slot, you will experience the time of the dinosaurs as you play inside a prehistoric rainforest with glowing plants. There are great multipliers as well as other interesting bonus features to help you out.

Yggdrasil is one of the leading developers when it comes to technology and has had many innovations in that aspect as well. All of their games are made with improved HTML5 technology, so they can be played on smaller devices with exceptional graphics and visuals. You can play them anywhere you want at any time.

Yggdrasil is an exceptional company that has managed to achieve global success before reaching its tenth birthday. The company is standing firmly among the industry giants such as NetEnt and Microgaming and is also helping smaller independent companies climb the ranks, thanks to the YGS Masters programme.

On top of that, despite the relatively short period it has been active, Yggdrasil has come up with an incredible round of novelties and innovations.

This company wants to be the best on a global scale and because of that, its goal is to cater and to make its games accessible to as many players as possible. Because of this, all of their games are multilingual, so they are available to a much larger demographic.

You can find a large selection of the Yggdrasil video slots right here on SlotsWise, so you can check some of them out right now!

What types of slots does Yggdrasil offer?

Most of the games made by Yggdrasil are video slots, which they have more than 160 of at the moment. There are several games that belong to the table games category though, such as blackjack and roulette.

Which are the most popular Yggdrasil slots?

This company has made many exceptional games, but Valley of the Gods 2, Vikings Go Berzerk Reloaded, Hyper Burst, Blood Moon Wilds, and Raptor DoubleMax are among the most popular ones.

All of the Yggdrasil games are safe and secure, as the company is licensed in 17 markets around the world and they are approved by the most reputable jurisdiction in the industry.

Yes, all of the slots are made with HTML5 technology, which makes them suitable and playable on all smaller devices that run on the Windows, Android, or iOS operating systems.