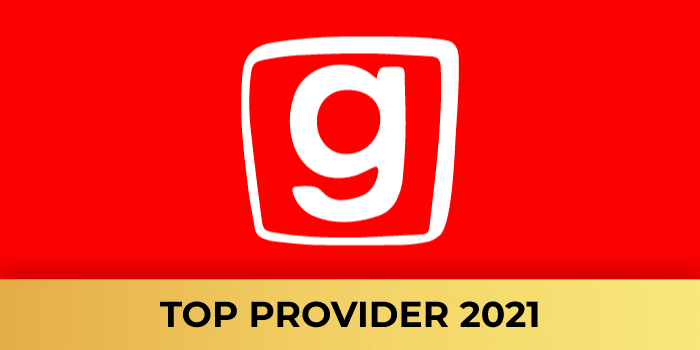 Gamesys is a well-known name in the world of online casinos, especially in the UK market. With an amazing two-decade career behind it, this company has managed to learn the dos and don’ts of the industry and is actively using that knowledge to bring you some incredible games. Check some of them out below.

Everything You Need To Know About Gamesys

Our Verdict on Gamesys

The iGaming industry is quite an ambitious field, with a lot of competition between the companies, but also lots of choices for the players as well. However, we believe that Gamesys has a lot to offer and that everyone should experience their games first-hand, at least once.

As of 2021, Gamesys has officially become part of the American Bally Corporation, which means that its doors have been open to a bigger number of markets and more possibilities. Read on to get more familiar with what Gamesys offers and then you can play some of their amazing video slots.

The Gamesys story begins in 2001 when it was established by Noel Hayden in London. Since then, the company has expanded exponentially and now has offices in multiple countries around the world including Estonia, Gibraltar, Malta and New Jersey. The head office remains in London.

The company is incredibly active and present in many spheres of the industry, and in order to do that successfully, it works according to all of the required rules and regulations of the markets. In 2015 they signed a licence agreement with NetEnt and in 2021 Gamesys was officially acquired by Bally.

Gamesys’ excellence and contributions throughout the years haven’t gone unnoticed either. At the 2020 EGR Operator Virtual Awards, Gamesys won not one but three prestigious awards. They won Operator of the Year, Bingo Operator of the Year, as well as the Employer of the Year award. On top of that, Gamesys also appeared as a sponsor for the 2021 Awards for Excellence.

Gamesys was also shortlisted for the Best Provider 2021 Award at the SlotsWise Gaming Awards 2021.

Unlike many of the other software providers in the industry, Gamesys seems to put its focus on two types of games, rather than just one. On one hand, they offer incredible and high-quality video slots, but on the other hand, they are also one of the best bingo developers and providers out there, which is obvious from the awards we mentioned above.

With companies as big as Gamesys, it’s always hard to determine the exact number of games they have developed and released, but the number is definitely high. Gamesys is also popular for owning several bingo brands mobile apps, as well as casinos, of which the most popular is probably Jackpotjoy.

However, as far as the types of games go, the most popular are their bingo games, which come with all sorts of themes and bonuses. Gamesys also offers scratch cards that can bring you great payouts as well as incredible video slots too. On top of that, in some of their casinos, you can play live table games, so there is something for everybody.

Gamesys doesn’t fall short in regards to the graphics and the appearance of the games either. Granted, they may not be as refined and stylish as the likes of NetEnt or Yggdrasil, but the Gamesys’ design theme is doing a great job at providing immersive and captivating visuals.

The theoretical RTP of the Gamesys slots doesn’t seem to be consistent with a certain value or range and it varies from around the average 96%, to well above or even well below that value. Just make sure to be aware of the RTP rate of the game you choose to play, in case it doesn’t fit your preference.

You can expect really fun experiences overall, as all of the games revolve quite unique and creative themes, which also makes their appearances equally enjoyable. You will also come across exciting bonus features that will keep you on the edge of your seat.

We already explained how the video slots are diverse in terms of their themes, but on top of that, they are also diverse in their ways of playing. You can find more simplistic and retro slots that offer 3-reel sets, or you also opt for the more modern 5-reel layouts. There are also branded video slots, such as The Godfather slot.

Some of their most famous releases include The Godfather, Secrets of the Phoenix, Around the Reels in 80 Wilds, Double Bubble Triple Jackpot, and Queen of Egypt.

The Godfather slot is a branded release, which is based on one of the most popular mafia movies of all time. The game has amazing visuals and many references from the film including the actual characters. On top of that, you can win some impressive prizes too.

Secrets of the Phoenix Slot

With the Secrets of the Phoenix slot, you will immerse yourself in a fantastic combination of fantasy and history. The game has Aztec elements as well as floating islands that create an amazing atmosphere. Plus, the cascading system makes it even more thrilling.

Around the Reels in 80 Wilds Slot

There is a little play on words with the title of Around the Reels in 80 Wilds slot, but the game is based on the wonderful adventure book. You will find a colourful atmosphere and many lively characters that can bring you big prizes.

Double Bubble Triple Jackpot slot is a classical game with fruit symbols, but it offers a great gaming experience. The great thing about this game is the fact that it comes with potential progressive jackpots, not one, but three of them.

Every slot developer has at least one Egyptian game, and for Gamesys it’s the Queen of Egypt slot. It offers great prizes and the symbols are also appropriate to the theme. You can expect a really fun and exciting experience.

A lot of players will be pleased to know that they can enjoy all of the Gamesys games anywhere they are. Thanks to the sophisticated HTML5 technology, you can play them directly in the browser of your mobile or tablet device that runs on Windows, Android, or iOS operating systems, and there is no need for any kinds of additional downloads.

When it comes to video slots and casino games in general, it’s always fun and exciting to explore and to see what the different providers have to offer to their players, which is why we believe that Gamesys would be the perfect choice for all types of players. With their extensive experience and knowledge of the industry and the markets, plus the fact that the company has managed to expand worldwide, you can expect really great things.

Choosing Gamesys for your next slot adventures will definitely be a smart decision, and you can find a great selection of Gamesys’ amazing and high-quality slots right here on SlotsWise, so here‘s your chance to check some of them out and see for yourself how Gamesys has managed to become such a great addition to the iGaming industry.

What types of slots does Gamesys offer?

For Gamesys, the bingo games are their most popular releases, but they also create incredible video slots, scratchers, and even live table games. So everyone can find something they like.

Which are the most popular Gamesys slots?

Among the many amazing slots they have created, The Godfather, Secrets of the Phoenix, Around the Reels in 80 Wilds, Double Bubble Triple Jackpot, and Queen of Egypt are among the most popular ones.

Absolutely. Gamesys works in accordance with the strictest regulations of the markets in which they operate, in order to ensure the safety of their players and offer fair play.

Yes, they are all made with HTML5 technology, which allows you to play them on any mobile or tablet device, without the need for unnecessary downloads.