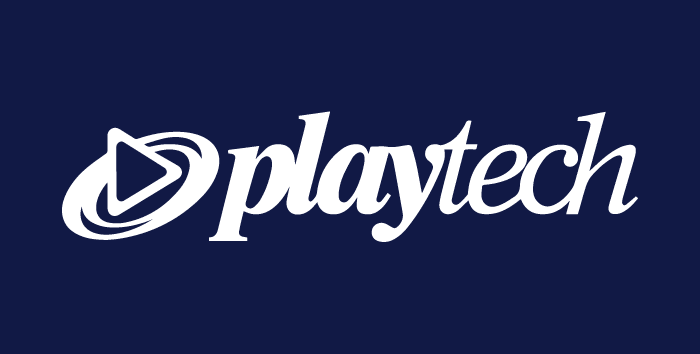 Playtech has been a household name in the iGaming industry for two decades now and is known for creating some of the most popular and immersive games to date. Read about all the exciting details about this provider and find the best Playtech slots below!

Age of the Gods: Wheels of Olympus

Age of the Gods: Wheels of Olympus

The Mummy: Books of Amun Ra

The Mummy: Books of Amun Ra

Everything You Need To Know About Playtech

Our Verdict on Playtech

Anyone who is even in the least bit familiar with the iGaming industry has certainly come across the Playtech brand at least once. The company is an omnipresent provider that can be seen in almost all spheres of this industry. The games that this company has created can be found in many casinos worldwide, both online and land-based.

Throughout its extensive career, Playtech has established itself as one of the best software providers today and the company continues to dominate the world of gambling. Read on, as we cover all of the most important things that this company has to offer.

Playtech is a veteran of the iGaming industry, which has been a part of it for more than 20 years. The company was founded in Tartu, Estonia on 31 December 1999, just at the start of the new millennium. Today, Playtech has over 6,400 employees and has opened offices in 24 counties around the world.

Playtech has always put great care into providing quality and safety to its players and this is proven by their licences and certificates. Most importantly, Playtech holds licences from the UK Gambling Commission and the Malta Gaming Authority, which are two of the most reputable ones. In addition to that, the company also has 170 global licences in total and is regulated in 30 jurisdictions.

With such a pristine reputation and incredible influence, Playtech has won numerous awards over the years, which serve as a testament to the quality you are receiving. These include countless trophies at the EGR B2B Awards, awards won at the EGR Italy Awards, the Grant Thornton Awards, and so many more.

Playtech makes sure to provide the best for both players and operators. The company’s cross-platform system runs through a system called IMS that gives operators the opportunity to utilize these services in order to optimize and provide the best possible experience to its players.

Considering the level of productivity and dedication that Playtech has devoted to its craft, it is almost impossible to determine the exact number of games that this provider has in its portfolio. It is certainly a big amount, as the company has been a part of numerous spheres of the gaming industry.

If you are wondering whether you will be able to find what you are looking for in Playtech’s library, don’t worry. As we said before, the company has made sure to include all types of games, which allows players to easily find something that they want. These include video slots, classic slots, poker, roulette, scratches, dice games, and there are even live casino games too.

Players who choose Playtech will not miss out on jackpots either. The developers have made sure to include both fixed and progressive jackpots into the games, which make them an even bigger sensation to players. One such game is the Age of the Gods slot for example, where you can win great progressive jackpots.

Playtech also seems to have an excellent design team as well because all of their games are made with exceptional attention to detail in regards to their appearance. You can look forward to captivating and immersive visuals that are combined with exceptional graphics in order to create a fantastic gaming experience.

In regards to the RTP rates, the Playtech games tend to vary, but they are still optimal, either slightly below the average or well above it. In either way, they provide satisfactory values that are generally satisfactory to most types of players and improve the overall experience.

Another thing that Playtech makes sure to achieve is that all of their games are incredibly entertaining as well. With such an extensive portfolio, the developers have managed to include a plethora of themes that cover everything you can imagine. In other words, you can always find an entertaining game that fits your mood.

In addition to the diversity of the game types, Playtech also includes great diversity in their video slots as well. You can indulge in all kinds of gameplay, from simple and straightforward, to more advanced and dynamic ones, such as the exciting Megaways engine for example.

On top of that, Playtech also has several series of games that have become a great hit among players.

Some of the most popular slots include Vikings: Empire Treasures, Buffalo Blitz Megaways, The Walking Dead, Age of the Gods: Wonder Warriors, and Eye of Anubis, among others.

If you like animal-themed video slots and you enjoy more dynamic ways of playing, then you should certainly give Buffalo Blitz Megaways slot a chance. The game combines the animal theme, with the Megaways engine in order to create a fantastic experience, plus there are also 4 potential jackpots as well.

The Walking Dead slot is based on the TV series of the same name, and it certainly captures the atmosphere. This is a real treat, especially for the fans of the show that will get to accompany the characters and win incredible prizes too.

As you can tell by the title, Age of the Gods: Wonder Warriors slot, is part of the famous Age of the Gods series that has become quite a big hit among players. You get to travel to the land of Amazons, where many bonus features and great prizes await you.

Eye of Anubis is a fantastic game that revolves around the Egyptian theme. You get to indulge in a really exciting combination of the cluster pays mechanic and the cascading system, which offer really dynamic gameplay full of possibilities and rewards.

Playtech is a very innovative company and it never falls behind when it comes to technological advancements, Because of this, it makes sure that all of the games are made with sophisticated HTML5 technology.

HTML5 allows players to access the games directly in the browser of smaller devices as well. This means that you can enjoy the Playtech slots even on the go, without even having to worry about any additional downloads.

Playtech started off as a small Estonian company and has grown into one of the leading software providers today.

Over the years, the company has expanded, not just in regards to their offices around the world, but also in almost every branch of the iGaming industry, which has certainly solidified its place at the top and it shows no signs of stopping.

On top of that, Playtech has also acquired numerous subsidiaries over the years, which has certainly helped expand its portfolio and introduce new and modern innovations.

Check out some of the Playtech games we offer here on Slotswise and see why this company is regarded so highly by both players and operators!

What types of slots does Playtech offer?

Playtech has expanded to pretty much all spheres of the industry and offer all types of games, including video slots, poker, roulette, dice games, scratchers and more. There are even jackpot games for those who prefer them.

Which are the most popular Playtech slots?

Some of the most popular slots by Playtech include Vikings: Empire Treasures, Buffalo Blitz Megaways, The Walking Dead, Age of the Gods: Wonder Warriors, and Eye of Anubis.

Playtech holds about 170 licences including ones by the UK Gambling Commission and the Malta Gaming Authority. This means that safety and security are guaranteed.

All of the games are made with modern technology that makes them compatible with mobiles and tablets, so you can enjoy them even on the go, no matter where you are.