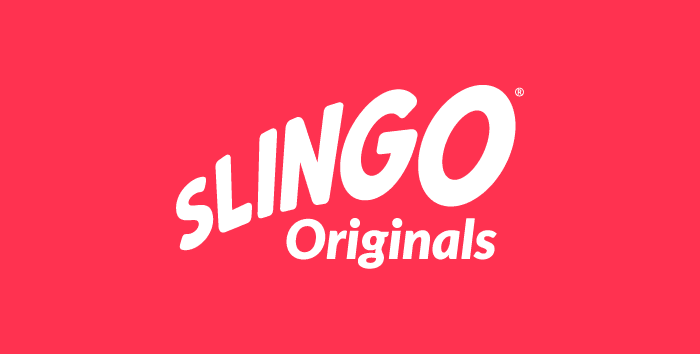 Slingo Originals is a company founded in the US and has been in the industry for a very long time. It creates really incredible Slingo games that offer many prizes, as well as immersive and creative visuals. You can find all the information about this company in the review below.

Everything You Need To Know About Slingo Originals

Our Verdict on Slingo Originals

Slingo Originals is an excellent company that managed to bring the incredibly fun concept of Slingo games to many casinos around the world and it doesn’t seem like stopping anytime soon. The company specializes mostly in Slingo games for mobile devices and it has a very lengthy portfolio.

If you haven’t played a Slingo game until now, but you are eager to try out new things, then we definitely recommend you to check out Slingo Originals’ array of games. You will not be disappointed. You can find some of the most popular games, and what they offer below.

As a company, Slingo Originals has been around since 1993, when it originated in the US and started out by creating Slingo games for land-based casinos. In 2015 however, it was acquired by a UK company called Gaming Realms, which is when the slingo game really took off.

Slingo Originals is a company licensed by the UK Gambling Commission, as well as the Malta Gambling Authority, which means that you can expect quality content. On top of that, they are also approved by the New Jersey Division of Gaming Enforcement, so safety and fair play are guaranteed.

The company has many things to be proud of, including many awards and one of the most important ones is the one they received at the 2018 WhichBingo Awards, where Slingo Originals won the Innovation of the Year award for their incredible Slingo Rainbow Riches slot.

Slingo Originals is one of the few software developers that still create Slingo games and this company is constantly coming up with new and creative ideas for their releases. You can enjoy some interesting visuals and design concepts, all while combining slots and bingo and earning big prizes.

As we mentioned already, the focus of Slingo Originals, which is also obvious from their name, is on Slingo games and they are mostly intended for mobile use. The company offers a fairly lengthy portfolio with around 60 games to choose from, so you can definitely find something that suits you.

Slingo games are the company’s speciality, which is why they are their most creative and innovative releases. The developers have also tried their hands with other types of games, which include a variety of regular slots with different themes, blackjack, as well as a roulette-style game.

Slingo Originals doesn’t have any games in its portfolio that offer jackpots, but that doesn’t mean that you cannot win some really decent prizes from their other types of games that we mentioned above.

When it comes to the quality of the games, you can expect some great visuals and exceptional graphics, especially when the Slingo games are concerned. Although a couple of their regular slot games lack this finesse, they offer a great experience nonetheless.

As for the theoretical RTP of the games, there are instances when the RTP value is above the industry average of 96%, but more often than not, these values are usually below the average, reaching as low as 94.90%. So just make sure to be aware of it before playing.

Slingo Originals’ games can provide you with a great gaming experience because the developers have managed to create some really fun games with great plots and designs. There are of course some exceptions to that, but that’s a normal occurrence when a company experiments with new concepts and ideas.

If you are new to the world of Slingo games, then there is no better way to be introduced to it than by playing some amazing games by the best Slingo developer out there. There are several games, which are spin-offs of some already existing slot games, and they offer really impressive visual designs, with lots of potential prizes.

Some of their most popular releases include Slingo Reel King, Slingo Starburst, Baking Bonanza, Slingo Who Wants To Be A Millionaire, and Slingo Riches.

Slingo Reel King is the Slingo version of the very popular Reel King slot by Inspired Gaming. After the success of the original, you can now enjoy this upgraded version, which comes with a very basic design, but it offers lots of fun. It can bring you a maximum prize of 500x the stake and the RTP value is capped just a bit below the average, at 95%.

As you can tell by the title, even the most popular slot in the world has had a Slingo version. The Slingo Starburst slot offers the nostalgic visuals and atmosphere of the original NetEnt version, plus the exciting Slingo concept. There are also wild symbols that can help you win the maximum prize of 1,500x the stake.

The developers at Slingo Originals have decided to try and incorporate the Slingo concept into a baking-themed game and that’s exactly what they’ve done. In the Baking Bonanza slot, you will get to select several cakes that you want to bake and then you are ready to gather the necessary ingredients. It’s a really fun game with lots of possibilities and great prizes.

Slingo Who Wants To Be A Millionaire lets you try your luck with the Slingo game in combination with the most famous TV show in the world. Each full Slingo combination will award you a certain symbol and collecting 3 of a kind will bring you an amazing prize. Depending on the symbols you collect, you can win between 0.50x and 10,000x the stake.

Slingo Riches slot is as classical as it gets. There is no elaborate design or plot, but there are worthy prizes and a fun gaming experience to look forward to. The RTP, which is capped at 95.94%, is practically at the average industry value.

Since Slingo Originals is a company that created these games for mobile use, so it comes without saying that you will have no issues playing them on any smaller screen. They are made with a state of the art HTML5 technology, so you will be able to play them on any mobile or tablet, no matter where you are.

To sum it all up, if you are interested in great Slingo games, then Slingo Originals is the go-to place. The company has over 20 years of experience, despite only being officially established in 2015, and the extensive experience is evident in the games they have created.

The developers there are obviously full of creative ideas, which means that their lengthy portfolio can only grow larger as they continue to create more incredible games. Check out the Slingo games they have created so far and stay tuned for the new things they have in store for you.

What types of slots does Slingo Originals offer?

Slingo Originals focuses mostly on Slingo games, which is a fun blend of slots and bingo. However, the company also offers several regular video slots, roulette-style games, as well as a blackjack game.

Which are the most popular Slingo Originals slots?

Slingo Originals offers a lot of excellent games, of which the most popular ones include Slingo Reel King, Slingo Starburst, baking Bonanza, Slingo Who Wants To Be A Millionaire, and Slingo Riches.

You shouldn’t worry about the safety, as Slingo Originals is licensed by the UK Gambling Commission, as well as the Malta Gambling Authority. On top of that, the company is certified by the New Jersey Division of Gaming Enforcement, so fair play is guaranteed.

Yes, all of the slots are made with sophisticated HTML5 technology, which makes them compatible with all major operating systems. You can enjoy the same graphic, visuals and gameplay on any device, anywhere you go.