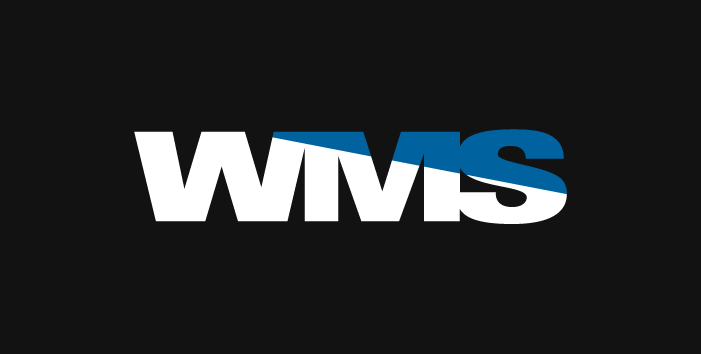 WMS Gaming is a slot machine manufacturer which also offer video slot terminals and a range of games specifically for online users.

Williams, or WMS, is a gaming industry software development that has been around for a very long time. In 1994 the company entered the market of video slots and has a number of well-received releases, but made a real breakthrough with the casino slot machine "Reel 'Em In". Their games even then featured bonus modes which was the welcome innovation and one that was well received by the players. They followed up with hit titles such as Jackpot Party, Boom, Filthy Rich, but also titles based on popular entertainment franchises, such as the Monopoly and the Clue franchises and movies like The Wizard of Oz, Caddyshack, Austin Powers, Happy Days, Mad Men and so on.

But even before they started producing slots and gaming cabinets, the Williams Manufacturing Company, which is the parent company of WMS Gaming, has been producing arcade games and pinball machines since 1943. When video games became more advanced they founded Midway Games in 1990, which game birth to famous titles and video games franchises such as Mortal Kombat, NFL Blitz, NBA Jam and, of course, the world renowned Space Invaders which they released in 1978.

WMS Gaming have a number of innovations to their name. They were the company that pioneered the use of flash memory for land-based casino slots and gaming terminals, instead of the on-board read-only memory. But when it comes to their most successful contribution to the world of land-based and online casino slots, WMS Gaming are credited with producing the very popular Monopoly slots series. The individual editions of the Monopoly-themed slots are linked together so that they generate progressive jackpots that have sums much larger than regular jackpot games.

Some of the innovations by WMS Gaming are the Transmissive Reels gaming platform that is able to display multiple visual perspectives simultaneously; Operating Platforms that generate massive capacity for running games on their rig that was dynamite at the time; and, Cabinets such as the Bluebird2 with high definition display and fully automated to accept bills and now cards.

After several subsequent years of success WMS Gaming's parent company, WMS Industries joined with Scientific Games in 2013. This made SG Games much larger by acquiring the slots titles and the expertise that are owned by WMS.

And now to consider some of WMS Gaming's most memorable slots titles.

We said at the beginning, WMS Gaming has used their license to work with the Monopoly franchise in producing a string of entertaining slots games. The Epic Monopoly 2 is of the standard-colossal reel-sets type. Standard reel-set has five reels, three rows and the colossal has five reels and twelve rows, resulting in 100 paylines with a potential 500x multiplier on the winning bet. What is more, the Epic Monopoly II slot features wild symbols, expanding wilds and bonus spins.

Here is another one of those slots based on pure Americana - the life and music of Elvis Presley. The game has an irregular reel-set which in this case appears to be more fun then what is typical. The entire affair reminds of the era Elvis lived in, complete with a jukebox for the settings cabinet. With a minimum bet of 1p and all the way to £200, this one can be played as a penny slot on 80paylines.

The deep jungle has vast riches in this WMS Gaming jungle-themed slot titled Amazon Queen. This five reel, three row game has 20 paylines and a free spins mode which offers the Gorilla Paylines, which is the gorilla symbol linking up left to right in order to deliver a stronger, mightier payout. Otherwise, the game offers a solid gaming experience based on some animal symbols such as tiger, gorilla, snake, macaw and a the oddball in the game - the breadfruit. Oh yes, there is the queen which is a huntress ready for the kill. At any rate, Amazon Queen Slot is an engaging game that can be played at a number of casinos on SlotsWise.

We have here one of the more eclectic games by WMS Gaming. Spinning on five reels and three rows, the Crystal Forest slot has an air of magic to it. The symbols are enchanted garlands with a rare flower centerpiece, magic potions, a white bunny, a unicorn, a fairie, a lantern and a magic wand, among other symbols. The game has 50 paylines and a Return to Player of 96.00% plus potential for a hefty jackpot.

This is one of the best examples of a movie turned into a slot game. Those who are familiar with the Ferris Bueller's Day Off movie will find this game enjoyable. Symbols such as Principal Rooney, Grace, Cameron, Ferris and other on-theme symbols spin on five reels and 35 paylines. There are five progressive payouts which can be played on pennies if the player prefers that. Being a penny slot, the Ferris Bueller's Day Off slot offers a wide range of bets plus additional in-game modes that deliver multipliers and enhanced chances for landing winning combinations.

You should be able to discover this title at Nektan powered casinos, but not necessarily just there. Frozen Inferno is a high variance slot that plays on a radical dichotomy in order to deliver a good versus evil vibe. The game has sticky wild symbols, 40 paylines, five reels and four rows. The gameplay is pretty exciting with a modes switching between fire and ice and a really cool concept for the graphic design.

WMS Gaming come from a rich tradition of making arcades and pinball machines. The company carried on their expertise and sense for entertainment to the slots subsidiary, so it is small wonder that many movie titles and entertainment franchises were given to WMS to turn into slots. Now with the merger with SG Games the company is expected to put out other impressive land-based and online slots.