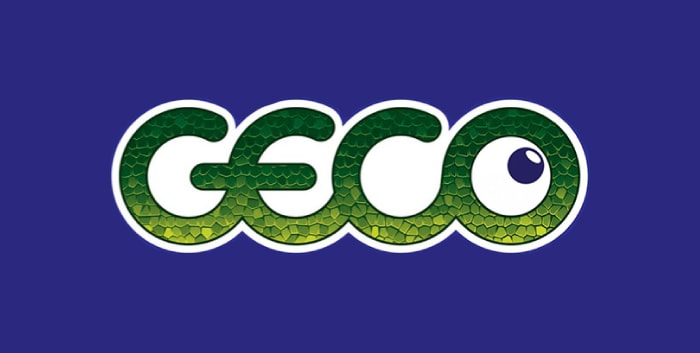 GECO is the product of two highly successful providers, Wagermill Ltd and TGL when they merged in July 2014. It offers operators a diverse portfolio of games covering slots, bingo and other casino games. Latest it’s been acquired by Playtech.

Everything You Need To Know About GECO

Our Verdict on GECO

GECO Gaming or Game Engine Co-Operative comes from merging two companies, resulting in a new provider who is focusing on slots, bingo and other casino games. This licenced game supplier provides great products for the players.

The thing to brag about is called RGS or the Remote Gambling Server. This invention gives the small slots developers a ground on which to build their creations. Now GECO is part of the Playtech Group. Let’s see more about the provider in our in-depth review.

Geco Gaming is a merger of two companies that have had a presence in the world of slots and online casinos. We are talking about the Wagermill and The Gaming Lab. Game Engine Co-Operative Gaming was founded in 2014 with its offices in London, UK and Sydney, Australia.

Soon after obtaining the UKGC license, GECO Gaming was nominated in the Rising Star category at the EGR B2B Awards 2015. This was marked as a great success as the provider emerged only a year before.

It is hard to sort games by GECO, especially since their acquisition by Playtech. In general, we know that GECO Gaming offered operators a diverse portfolio of games covering slots, bingo and casino. There aren’t any fresher news on the company’s newer products as part of Playtech.

GECO has developed close to two dozen slots and some of them have become noticed by the players. Many of the games have rather flat and two-dimensional graphics but, on the other hand, the soundtracks are engaging and fun.

As for the RTPs, they may vary and you can find slots with a return to the player as low as 95.0% up to 97.0% or so. Also, there are different volatility levels you can find, so you can choose the math model that most suits you.

GECO have some popular titles that made the provider well known among players. These include for instance the 88 Coins slot or the Mystic Gems slot. They have fun and entertaining features that make the gameplay enjoyable and engaging.

Mostly in the GECO slots, you can find standard features and extras like free spins, wilds and multipliers. Still, there are some new inventions that the provider came up with. For example, such a feature is the wandering wild zombie in the Scatter Brains slot.

Here in this review, we’ll mention one game that appeared to be popular from the GECO itself. We hope that ow it continues producing slots even though acquired by Playtech.

Cherubs and Imps slot is a five reels 25 paylines video slot game, where there are two special symbols, a wild and a scatter symbol. Here you can trigger free spins and win up to 20 of them. In this bonus round your payouts may be boosted by a multiplier. The RTP of the game is 96.04%

GECO games are available both in Flash and HTML5. HTML5 makes them available on different mobile operating systems like Windows, iOS and Android. Now, under the name of Playtech, they certainly continue to make mobile-optimised games, where you don’t need to download anything and you can play them through your mobile browser.

As now GECO is hiding behind the name of Playtech, we hope its team invests its knowledge in the right place. Even though now the brand remains in that position, it has left its traces in the iGaming industry as GECO Gaming as well.

As this is a comprehensive review, we provided the most important information about the provider. Maybe now you can choose to play a GECO Gaming slot in some of the casinos we recommend on Slotswise.

It is hard to sort games by GECO, especially since their acquisition by Playtech. In general, we know that GECO Gaming offered operators a diverse portfolio of games covering slots, bingo and casino.

Yes, GECO slots are secure. The provider secured a licence from the Alderney Gambling Control Commission in 2014. By April 2015, it had obtained a license from the UK Gambling Commission.

Yes, GECO slots are mobile optimised and available both in Flash and HTML5. HTML5 makes them available on different mobile operating systems like Windows, iOS and Android. Now, under the name of Playtech, they certainly continue to make mobile-optimised games