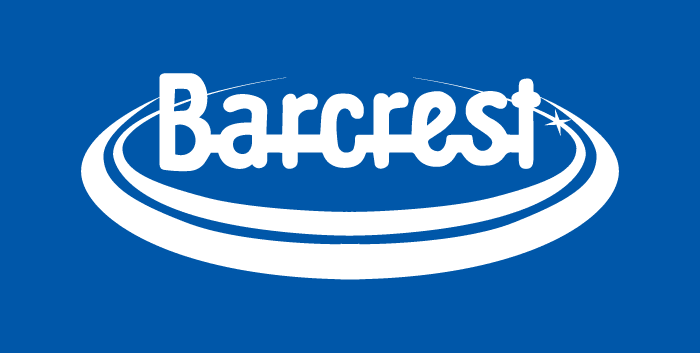 Barcrest was a brand that was launched five decades ago and is known for its wide range of gaming terminals and online games. In 2011 Bacarest was acquired by Scientific Games continuing its good work as part of this gaming company.

Everything You Need To Know About Barcrest

Our Verdict on Barcrest

Barcrest started as a designer and manufacturer of analogue fruit machines, but over the years it expanded its product offering into digital gaming. The team is responsible for delivering some of the most popular games among players, delivering excellent gaming experiences.

This provider has a lot to offer when it comes to games, and these include also titles pre-acquiring from Scientific Games. They are featuring excellent themes and have fun and entertaining extras incorporated into the gameplay. Let’s see the rest of the details about the provider.

Founded in 1968, Barcrest is present on the market in the gaming industry for five decades already. It has been acquired from Scientific Games in 2011. Barcrest was a leading force in the UK and its influence began spreading throughout Europe as well.

Barcrest is licenced and regulated by the United Kingdom Gambling Commission. It is the most reputable authority body in the iGaming industry, and as the licence isn’t given randomly, it shows Barcrest care for responsible, safe and fair gambling.

As Barcrest has made some of the most popular titles, including Rainbow Riches, followed up by other games in the series. Barcrest games have interesting background themes and fun and amazing features. The provider has managed to convey its knowledge and experience to Scientific Games, helping them to become influential in times of great competition on the iGaming market.

Following its success in bingo and arcades, Barcrest expanded its product offerings in the interactive gaming sector in 2006, starting to provide multi-channel game content. Its online slots are now part of the Scientific Games portfolio, but the popularity of its online products is acquired even before becoming part of that company.

All Barcrest games made pred 2011 were incorporated into the Scientific Games’ portfolio. This means they are still available online for a play but under the name of Scientific Games. Also, Barcrest continues creating online games in cooperation with its parent company.

The provider’s slots are all colourful and with interesting and fun graphics and designs. As its most popular series is the Rainbow Riches slot series, we can see many colours and rainbows dominating around the reels.

The RTP value of Barcrest slots revolves around the industry average of 96.00%, which is a good percentage. There are games with different volatility levels, so you can find something for your taste as well.

As some Barcrest slots became very popular among players, it is the best way to show they are enjoyable and engaging. They have fun bonus features that spice up the gameplay such as Cascading Wins, Super Gem, Free Spins and many more.

As we said earlier Barcrest is famous for its Rainbow Riches slots which are Irish themed slots, having the popular leprechaun at the centre of attention. But also they have other slots which can be amazing to play.

Slotswise has made a list with the most popular games from Barcrest, which are under the coat of Scientific Games now. The list might also include titles from the pre-acquiring from the parent company.

Rainbow Riches slot has an Irish theme and plays on 5 reels and 20 paylines. Even if it has been released a decade ago, it is still fun and with three bonus features, Pots of Gold, Wishing Well and Road to Riches feature. Its RTP is 95.0% and the volatility is medium.

Rainbow Riches Megaways slot comes with up to 117,649 ways to pay and a free spins bonus that brings multipliers into play. The most valuable diamond pays 50x multiplied by the winning bet. The game's theoretical return to the player outcome has been made at 95.90%.

Road To Riches: Race Day slot comes with a few standard bonus features. First of all, you have the cascading wins and horse symbols that give you prize pots. Then, here’s the Free Spins feature. The RTP is 96.25 and the volatility is medium.

Mighty Black Knight slot comes with two features, Mighty reels and the standard Free Spins feature. It has an RTP capped at the industry average and medium volatility. The paylines can expand up to 100.

Monopoly Bring The House Down Slot

Barcrest slots are mobile-optimised and compatible with different operating systems like Windows, iOS and Android. Also, you don’t need to download anything on your mobile device, as you can play through your mobile browser.

Even though a part from Scientific Games, Barcrest still makes its impact in the iGaming industry. Continuing with the work on the popular Rainbow Riches series, it shows its dedication to the players.

As this is a comprehensive review for Barcrest and we included the most important information about the provider, you can now go onto the game reviews. If you like the games, you can choose to play Barcrest slots as some of the online casinos we recommend on Slotswise.

What are the most popular Barcrest slots?

Slotswise has made a list with the most popular games from Barcrest, which are under the coat of Scientific Games now. These are Rainbow Riches, Rainbow Riches Megaways, Road To Riches: Race Day, Mighty Black Knight and Monopoly Bring The House Down slot.

Yes, Barcrest slots are secure. Barcrest is licenced and regulated by the United Kingdom Gambling Commission. It is the most reputable authority body in the iGaming industry, and as the licence isn’t given randomly, it shows Barcrest care for responsible, safe and fair gaming.

Yes, Barcrest slots are mobile optimised. They are compatible with different operating systems like Windows, iOS and Android. Also, you don’t need to download anything on your mobile device, as you can play through your mobile browser.