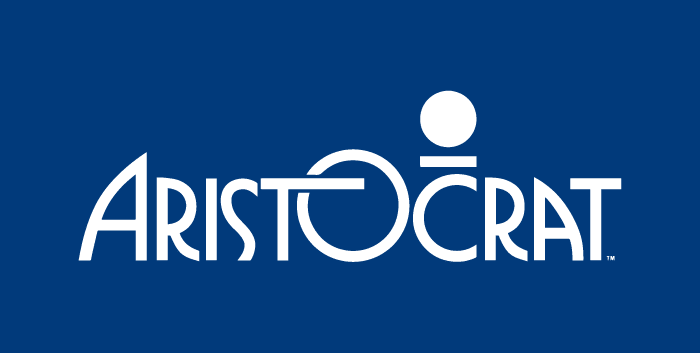 Aristocrat is one of the biggest and oldest companies in the industry. The impressive thing is that even after so many decades the company is still at the top, creating incredible casino games for its players and so much more. Read on and learn about all the things Aristocrat has to offer.

Everything You Need To Know About Aristocrat

Our Verdict on Aristocrat

Aristocrat is a fantastic software provider, which is more active in the land-based sphere of the industry rather than the online gambling world. Their games are being played in casinos all over the world and they have certainly caught the attention of a huge number of players over the years.

This company is the original trendsetter of the iGaming industry that has set the standards for the slots we know today, as many of the things that are a part of the slots today were first introduced by Aristocrat. Read on to learn more about them and then check out some of the incredible games we have here on Slotswise.

Aristocrat began its career a long time ago. The fact that the company was first established in 1953 makes it one of the oldest companies with almost 60 years of experience. It was established in Sidney, Australia, which is still where the headquarters of the company is located.

The company is present and operates in over 90 countries worldwide and in order to do that, it works in accordance with the strictest rules and regulations, which is only proof that the company offers quality, safety and fair play.

With such a long and rich career under its belt, Aristocrat has also won numerous prestigious awards for their incredible work. For example, at the G2E 2020, The Great Dollar Storm slot won the Slot of the Year award. The company also won the Best Guest Health & Safety award at the GGB Gaming & Technology Awards, and many more.

As we mentioned before, Aristocrat is responsible for many of the things that we consider essential in today’s video slots. For example, it was this company that first introduced the non-mechanic slot machine, which made it possible to create different theoretical RTP values for the games and to create diversity in the value of the symbols.

Aristocrat focuses more intently on land-based casinos, rather than the world of online gambling. Many of the games, however, are available in online versions as well and it seems that right now there are several dozen of them that you can play online.

If you prefer playing something other than video slots, you will, unfortunately, be a bit disappointed. It seems that the developers at Aristocrat focus only on creating the best video slots possible, which is why you will not be able to find any other types of games such as poker, bingo, or table games.

Jackpots are also something that doesn’t seem to be part of the Aristocrat experience. However, despite the lack of jackpots, the games still offer incredibly high and valuable payouts that can be just as rewarding, so you can still walk away with a massive win.

The Aristocrat video slots offer good graphics and visually pleasing designs, but all of their online video slots seem to retain the land-based atmosphere, especially if you compare them to games created by some of the leading developers today.

However, if you are a fan of retro-looking slots with interesting gameplay and great prizes, then you should give Aristocrat a chance.

The theoretical RTP of the games seems to vary a bit, but it is typically below the industry average. It generally stands around the 93%-95% range, but there are several games in which the RTP value goes as high as 97%. Just make sure to check it before you start spinning the reels.

The team of developers makes sure to provide diversity when it comes to the themes of the games, in order for all types of players to be able to find something that fits their taste. As we mentioned above, if you are a fan of the casino atmosphere, you can enjoy it through these video slots that offer that same aesthetic.

The video slots that Aristocrat has created so far come with great bonus features, free spins, wilds, and scatters, which can all be very helpful in reaching the incredible prizes that the games offer. An interesting thing about this company is the fact that its latest titles seem to be branded releases that revolve around TV shows, movies, and even pop stars.

There are many popular games by Aristocrat, but some of the most popular ones include 50 Dragons, Buffalo, Mad Max Fury Road, Billions, and Big Ben.

Immerse yourself in the mysterious atmosphere of the orient and play with golden dragons in order to earn massive prizes. 50 Dragons slot is one of Aristocrat’s older releases, so it does not have a very impressive visual design, but it still offers great gameplay and lots of fun.

Buffalo slot is a great game that is based around the animal theme. It will put you in the company of many wild animals that can be combined in up to 1,024 different ways in order to create a win. The visuals may be a bit dated, but the gameplay is interesting nonetheless.

Aristocrat acquired the rights to this 2015 film and decided to turn it into a video slot. Mad Max: Fury Road slot is based on the famous action film and is just as thrilling. Play alongside the characters, with fitting visuals and many potential prizes.

This game is another branded release by Aristocrat and it is based on the famous TV show. The Billions slot includes many elements of the show and a great atmosphere, in which the well-known characters may not be able to win you billions, but some other really amazing prizes for sure.

What other way to experience London from the comfort of your own home and to win great prizes along the way, than to play this fun game called Big Ben slot. It includes a very British atmosphere full of the most characteristic symbols of London, as well as many prizes that are worth playing for.

The iGaming industry is incredibly dynamic and ever-changing, which means that in order to remain a leading force, you will need to be in step with the latest and most sophisticated technologies.

With its 60 year career, Aristocrat proves that it does just that, and it employs the modern HTML5 technology, which allows you to play their online video slots on tablets and mobiles as well, no matter where you are. You will still get to enjoy the same graphics and gameplay.

Aristocrat has certainly established itself as one of the leading influences of the iGaming industry. Being a part of the business for over half a century has allowed this company to gather more than enough experience and knowledge of the players’ demands in order to be able to provide amazing gaming experiences to its players.

The first game that the company released was called Clubman and it certainly put the company on the map. Surely, the industry wasn’t as competitive as it is not, but it was the first step in Aristocrat’s journey of becoming what it is today.

Why don’t you check out some of the Aristocrat’s games that we offer here at SlotsWise and enjoy everything they have to offer?

What types of slots does Aristocrat offer?

Aristocrat is a company that decided to focus exclusively on video slots, which is why you will not be able to find any other types of games, such as bingo, poker, or even table games.

Which are the most popular Aristocrat slots?

50 Dragons, Buffalo, Mad Max Fury Road, Billions, and Big Ben are just some of the most popular titles that this company has released over the years.

With more than 60 years of experience and active participation in the industry, Aristocrat has been authorized to operate in more than 90 countries worldwide, which means that it offers safety, security, and fair play to its players.

Aristocrat used HTML5 technology for all of its games, which means that you can enjoy them no matter where you are, directly in the browser of your mobile or tablet. It requires no additional or unnecessary downloads.