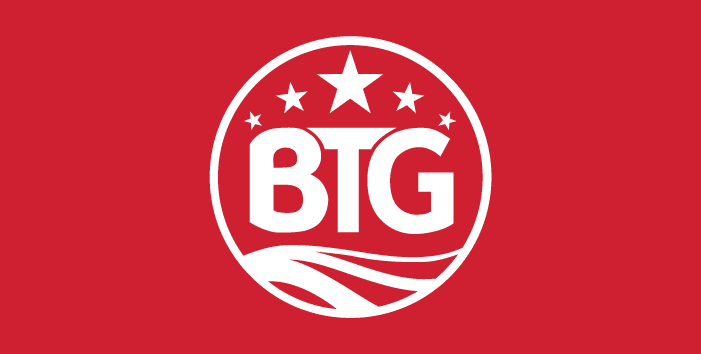 Who Wants To Be A Millionaire Megapays

Who Wants To Be A Millionaire Megapays

The competition on the online slots market is particularly fierce, and there are plenty of online slots developers competing to gain the trust of online casinos. Some companies have been active since the very beginning of the online casino industry, whereas other were formed later, usually by enthusiasts who had previous experience with some of the older companies.

Big Time Gaming (BTG) is one such company. The company’s founders are among the industry pioneers, with many years of experience in various companies. For instance, the company’s CEO has been working in this field since 1996, whereas the CTO has been in the business for over a decade before joining BTG.

Big Time Gaming have been pretty active recently and they’ve signed partnership deals with a number of casinos and other game providers thus increasing their market presence and recognisability. There are now quite a few casinos where you can play BGT games, all you need to do is select one of the SlotsWise casinos that feature BGT games, register and claim your welcome bonus, and then you can start playing right away.

Big Time Gaming is one of the very few online slots providers that also features an online shop where you can buy a lot of fun T-shirts featuring some of their most exciting games and all proceeds from the shop go to charity.

In addition to providing games to some of the world’s top online casinos, Big Time Gaming has also struck few partnership deals with other game developers. For instance, since April 2018, BTG’s patented trademark MegaWays has become available on a number of Blueprint Gaming games, as well as games by Merkur Gaming.

The MegaWays feature is a unique tool that allows BTG to offer hundreds of thousands of winning combinations on some of its games. Usually, more paylines are activated as the number of reels and rows grows and this usually happens inside one or more of the bonus games.

As we already mentioned, BTG games are offered at a wide range of online sites, throughout a variety of markets, all over the world. These are some of the online sites that offer games by Big Time Gaming.

Paddy Power is one of the most renowned online betting and casino operators in the UK and Ireland, but they also cater to customers from outside the isles. The company was established back in 1988, after few of the most successful Irish independent bookies merged to create a single entity.

In addition to games by Big Time Gaming, Paddy also offers slots and other games by multiple other providers, including IGT, OpenBet, Playtech and many more. When it comes to bonuses, Paddy Power also stands out, as it offers bonuses both to newly registered players, as well as bonuses that can be claimed by regulars. For instance, you can deposit just £10 and play with £50 at Paddy Power. Plus, you will get 20 free spins.

Paddy Power features a number of games that aren’t available at other casinos or are available at a very limited number of sites. You can play games on the website, but you can also download the casino software.

Big Time Gaming is just one of the online game developers featured on Leo Vegas. The huge variety of games by numerous providers is one of the strongest assets of Leo Vegas, in fact if you register with this operator you will have access to over 1050 slots, not including other casino games. New games are added on a regular basis, so we can only expect the number of featured games to grow as time goes by.

More than few of the slots offered at Leo Vegas are jackpot games with prizes that often exceed £1 million or more. In addition to slots and other software-based games, you can also choose from a range of live casino games, including multiple Roulette and Blackjack variants. There are plenty of exclusive games that aren’t available at other online casinos.

This casino is licenced by the UK Gambling Commission, the Danish authorities, as well as the gaming authorities of Malta.

As we’ve said, BTG has developed a number of high-quality games over the years. These are some of their most exciting online slots.

Bonanza is an online slot with a very exciting theme. You will see a lot of gems and other precious stones appearing on the reels, in fact gem mining is the main story here. The number of symbols that can appear on the reels varies and that number determines the number of winning combinations.

This slot features the popular MegaWays feature that we mentioned above and the number of ways to win can grow up to 117,649. The game can be played with as little as 20p, but you can wager up to as much as £500.
Bonanza was released recently, but it seems that it will remain one of the most popular games in the years to come.

This is another game with the famous MegaWays feature. Instead of games, you will see chilli peppers on the reels and a set below them. The chilli peppers are placed on a market stall where you can also see garlic and other vegetables. In this game there are 115,649 ways to win, slightly less than Bonanza, but still a lot. The wild symbols in Bonanza are the letters of the word ‘gold’, whereas he wild in Extra Chilli are the letters of the word ‘hot’.