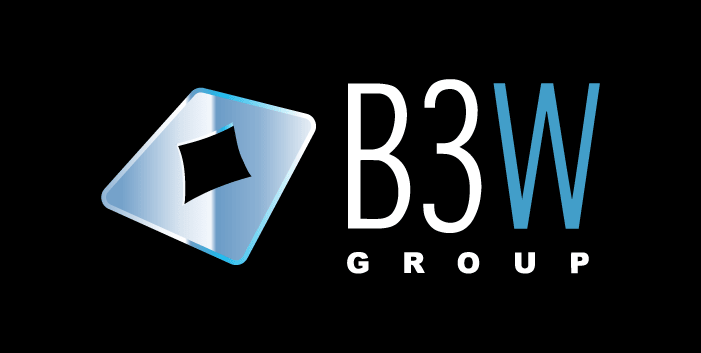 B3W Group is a very experienced company that has been a part of the industry for a very long time. The company may not be a household name like some of the other video slot providers, but its long career and knowledge makes it a great addition to the industry. Read on to learn more about what this company has to offer.

Everything You Need To Know About B3W Group

Our Verdict on B3W Group

This company has proven itself to be an incredible member of this dynamic industry and is known for being one of the first providers to venture out into the world of online gambling. Their roster is full of all kinds of amazing casino games that can fit everyone’s preferences.

Despite not reaching the level of popularity like some of the top providers today such as NetEnt or Microgaming, B3W Group still managed to leave its mark on the industry with its incredible games and unique approach to video slots. Let’s take a look at the details of the company now.

Like so many other software developers, B3W Group was founded in Malta and that is still the location of the head office. The company was established near the end of the previous century, in 1997 to be more specific, which means that it has about 25 years of experience so far.

Unlike other companies that make sure to have licences by multiple jurisdictions, B3W Group has only one licence and that is the one acquired by the Malta Gaming Authority. Luckily, this is one of the most reputable jurisdictions out there, which indicates that the company offers quality and fair play.

The great work that B3W Group has accomplished over the years has not gone unnoticed and the company has even received many awards over the years. Many of them were won when B3W Group launched its own poker network, which was a great hit, among other things.

Looking at the larger picture, B3W Group is in fact part of a much larger enterprise. The company was first acquired by NYX, which then merged with Scientific Games in order to create the giant SG Digital group. On top of that, B3W Group also has a number of its own casinos in which you can find a large number of the games it has released over the years.

With about 25 years of experience and active work, you obviously expect B3W Group to have an extensive portfolio full of all kinds of games and that is the case. Even though it is hard to determine the exact number of games, there are easily more than 150 titles released so far.

The developers wanted to be able to offer as much diversity as possible, which is why they created games for almost all spheres of the industry. You can find video slots, different kinds of poker, roulette, baccarat, hi/lo, instant wins, scratchers and many more. Literally, everyone can find whatever they are looking for.

B3W Group also wanted to appeal to the fans of jackpot games. Jackpot seekers can find many games in which they have the chance to win incredibly valuable prizes, including massive progressive jackpots that offer thrilling gameplays and potentially they can be a huge boost to your balance.

As far as the visual design and the graphics are concerned, B3W Group is known for sticking to its unique approach. Namely, the developers are not making games with any 3D visuals and HD graphics. Instead, B3W Group seems to aim its games to players who prefer retro-looking games, with simple 2D visuals and straightforward gameplay.

The company doesn’t seem to have released any information regarding the theoretical RTP values of its games, but we will be sure to update it if any such information becomes known, so make sure to stay tuned.

Despite the lack of modern visuals, the games are still very fun and entertaining. They include many different types of themes, especially the video slots, plus the players who prefer the atmosphere and aesthetic of land-based casinos will be extremely pleased with what B3W Group has to offer.

We already explained that B3W Group has a big selection of games, many of which are video slots. In addition to having a variety of different themes, the games are also equipped with some really creative and innovative bonus features that are sometimes even based on skill and not just luck. Plus you also have the typical wild and scatter symbols that are usually very helpful.

Some of the most popular games that B3W Group has created include Mont Blanc, Navy, Mafia Boss, Oriental Tiger, and Loot’En Khamun.

Loot’En Khamun slot is an incredible game that focuses on Egyptian history and culture, more specifically the pharaoh Tutankhamen. You get to immerse yourself in a cartoonish design, that somehow provides a great gaming atmosphere, plus there are 5 incredible progressive jackpots that are certainly worth playing for.

We are working on detailed reviews of the other B3W Group video slots, so make sure to check back often and we will update them in no time.

B3W Group creates its games with Flash technology, which is now owned by Adobe. This means that you can play all of these games in the browser of your preferred device (desktop computer, tablet, or smartphone) without any issues. Flash games are in fact more stable than games that run on HTML5 technology, so you can freely play these games even on the go.

B3W Group took the world by storm even when it was established. The company was among the first ones to venture out into new and experimental spheres of the industry and it pioneered the online world of gambling. Over the years it had a massive impact on the industry and it certainly left its mark.

Today, despite being part of one of the largest titans in the industry, the things that B3W Group introduced remain. The company did create casinos on its own, which have many of its exciting and entertaining games, especially for players who prefer that vintage atmosphere.

What types of slots does B3W Group offer?

B3W Group offers all types of casino games. You can find video slots, poker, hi/lo/baccarat, scratchers and much more. Everyone can find a game that fits their preference.

Which are the most popular B3W Group slots?

Some of the most popular games by B3W Group include Mont Blanc, Navy, Mafia Boss, Oriental Tiger, and Loot’En Khamun.

The quality and safety that this company offers have been licensed by the Malta Gaming Authority, which is one of the most influential and reputable jurisdictions in the world of online gambling.

Yes, the games are made with Flash technology, which allows you to play them wherever you are, without having to worry about downloads.