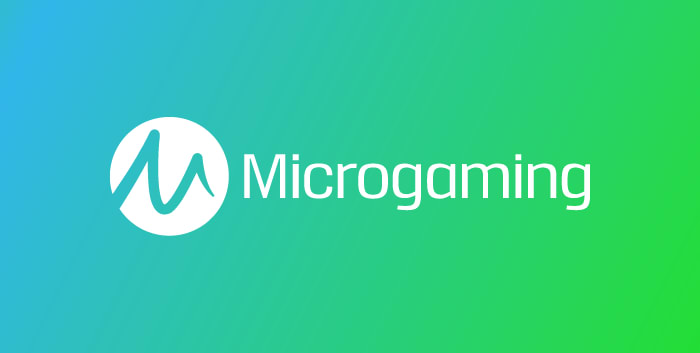 Microgaming is among the biggest and most influential software developers in the iGaming industry today. This company has the richest and most diverse library of video slots and other types of casino games that offer truly exceptional quality. At SlotsWise, we have some of the best Microgaming slots, so check them out below.

Mystic Panther Treasures of the Wild

Mystic Panther Treasures of the Wild

Chronicles of Olympus X UP

Chronicles of Olympus X UP

Everything You Need To Know About Microgaming

Our Verdict on Microgaming

Microgaming is by far the biggest and among the best video slot developers in the world. This company took the world by storm almost 30 years ago and has remained at the top of the industry ever since. Their portfolio is full of incredible video slots as well as other types of casino games.

Microgaming’s history is quite extensive and they have managed to become a key figure in the industry that oftentimes sets the standards. You should continue reading this in-depth review and learn about all the incredible things this company has to offer and then definitely check out their games we have here on SlotsWise.

Microgaming is oftentimes referred to as the titan of the iGaming industry, as it was in fact this company that started it. The story starts back in 1994 in Isle of Man, which is still where the headquarters of the company is located and that’s where the magic happens.

Today, Microgaming dominates the gambling community worldwide. The company is licensed and approved by the respective authorities in the UK, Denmark, Sweden, Spain, Italy, Belgium, Bulgaria, Colombia, Czech Republic, Estonia, Latvia, Portugal, and Romania. This makes it the most widespread developer. The company was also active in the US, but after the online gambling ban of 2008, the company had to pull out.

Microgaming’s success and influence have been praised and rewarded countless times. They say that they don’t live for awards, but it’s nice to receive them and they certainly have accumulated quite an impressive collection over the years, which include several “Company of the Year” awards. You can see the full list of their awards here.

We would like to mention that Microgaming's successful Immortal Romance Mega Moolah slot was nominated for the Most Electric Slot 2021 Award at the SlotsWise Gaming Awards 2021. What an achievement!

This company has a great number of things to be proud of, which is what makes it so incredible. Namely, Microgaming basically started this industry by opening the very first online casino back in 1994, which completely changed the gambling world. On top of that, it was Microgaming that first introduced the concept of progressive jackpots.

Being created in 1994, Microgaming boasts almost 30 years of experience and active involvement in this dynamic and ever-growing industry. This company is considered to be one of the most productive ones, as it has created and released more than 850 games so far, which is the biggest portfolio of any company to date.

When it comes to Microgaming, you always know that something new is right around the corner. On average, there are at least 4 new games each month. Naturally, a bigger part of the portfolio consists of video slots, but you can also find a number of other game types including table games, video poker, and there are also several live casino games to enjoy.

As we already mentioned above, Microgaming is the company that integrated the progressive jackpots into its video slots, so there are of course multiple titles that utilize this same concept. You can find games that come with progressive jackpots such as the Mega Moolah for example, or fixed jackpots, in both cases you can win massive prizes.

You can’t be among the top without having incredible-looking games, and Microgaming certainly stays true to that. Their games offer superior graphics, which makes them a lot more immersive and captivating. On top of that, the developers are very creative when it comes to the themes and the visual design of these slots as well.

Microgaming doesn’t fall short even in the RTP department. The theoretical RTP values of the games are as low as the industry average of 96%, but more often than not, these values are above this average percentage.

The fact that Microgaming offers over 850 games that revolve around all sorts of themes and genres means that you can easily find a game that will catch your attention. They all come with creative visual designs and immersive plots that will keep you entertained throughout.

With such an extensive library of video slots, Microgaming is bound to have something for everybody. The regular video slots offer a great deal of fun, as we already explained, but if you are a fan of more dynamic ways of playing, then you can also find Megaways titles, Hyper Reels, and so much more.

Some of the most popular titles among player’s and charts include Immortal Romance, Mega Moolah, Thunderstruck II, Scarab Kingdom, and Legacy of Oz.

Vampires are quite fascinating and so is this video slot about them. Immortal Romance slot is an incredible game that will captivate you with its gothic atmosphere and offers you exciting bonus features and big prizes. This game also has a jackpot version, where you can win the progressive Mega Moolah jackpot.

Mega Moolah slot is a very fun and cartoonish game that perfectly captures the animal theme. As the name suggests, you will also have the chance to walk away with the incredible Mega Moolah jackpot, which was last won in 2020 when it reached a value of more than 14 million euros.

Thunderstruck II slot is a sequel of the original that will put you in the company of the Norse gods, who can use their powers to help you win massive wins. You can use the exciting bonus features and wild symbols to win up to 8,000x the stake.

In the Scarab Kingdom slot, join the pharaoh and his queen in their luscious gardens where you can win really incredible prizes. The authentic Egyptian atmosphere is perfectly captured by the symbols and the visual design, and you can also win Cleo’s bonus, which reaches 5,000x the stake.

Legacy of Oz slot will take you past the yellow brick road and inside the famous wizard’s palace. You will get to immerse yourself in the fantastic visuals, and you can also take advantage of the interesting Hyper Spins feature in order to get closer to the top prize.

You can enjoy all Microgaming video slots on your smartphone or tablet device as well. They are all made with sophisticated HTML5 technology, which means that you can open them directly in the browser of any device that runs on Windows, Android, or iOS operating systems. Don’t worry, the visuals, the graphics and the gameplay will be just as enjoyable.

Choosing Microgaming for your list of trusted and beloved video slot developers is a no-brainer. As we previously explained, this company offers some of the best experiences when it comes to the iGaming industry.

You can select from a variety of truly incredible and diverse video slots, which offer a plethora of themes and engines. On top of that, there are also table games, video poker, and several live casino games if that’s what you prefer.

Besides the quality of its products, Microgaming also puts a lot of effort into making sure that the games are safe and secure, so players can feel at ease when playing. If you are looking for your next favourite video slot, why don’t you try some of the games of this award-winning company and see for yourself why it stands so high on the charts.

What types of slots does Microgaming offer?

Microgaming offers a wide variety of games, of which the majority is video slots. This includes regular slots, as well as different gameplays such as Megaways. There are also table games, video poker, and live casino.

Which are the most popular Microgaming slots?

The slots are completely safe and secure, as Microgaming has multiple security protocols in place. On top of that, the company holds a number of licences for the markets it operates in.

All of these games are made with HTML5 technology, which means that you can play them anywhere you are, on your mobile or tablet, without having to worry about missing out on the exceptional visuals and graphics.