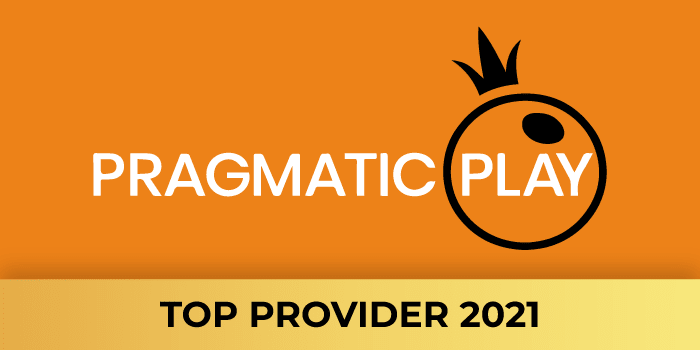 Pragmatic Play is probably one of the most recent companies to enter the iGaming industry and the success it has reached in such a short period of time is astronomical. The games are equipped with cutting edge visuals and graphics, as well as many incredible features. Check them out right here on SlotWise.

Everything You Need To Know About Pragmatic Play

Our Verdict on Pragmatic Play

This is one of the youngest companies in the world of online gaming, but the amount of things it has accomplished is unbelievable. Some would even place it right behind the industry giants such as NetEnt and Microgaming. Pragmatic Play offers seriously impressive and quality content and has managed to reach global success.

With Pragmatic Play, you are getting some of the best looking games out there, plus they offer incredible gameplay and many potential prizes that are worth playing for. If you want, you can directly check out some of their video slots from the list above, or you can first read on and find out more about the company.

Pragmatic Play was founded very recently, in 2015 to be exact, in the city of Sliema, Malta. This continues to be the headquarters of the company, but since its inception, it has expanded tremendously and there are now offices in Gibraltar and Isle of Man as well.

This has become a global company that works in many markets worldwide and as such, Pragmatic Play adheres to the strictest regulations in those jurisdictions. It has been licensed by numerous reputable authorities including the UK Gambling Commission, the Malta Gaming Authority, the Romanian National Gambling Office, and more.

Pragmatic Play has won numerous awards and recognitions over the years, which only solidify its value and role in the industry. They received the 2019 Best Game Provider at the AskGamblers Awards, the Best Bingo Software award at the 2020 WhichBingo Awards, and many more. Plus their Wolf Gold slot won the Best Slot Game award at the 2018 Malta Gaming Awards.

Pragmatic Play is a really fascinating company that has managed to climb up the ranks and become one of the key players in the industry. The company offers multiple game types, plus their games are available in multiple languages, which makes them available for a wider range of players.

In the relatively short time that the company has been active in the iGaming industry, it has developed a big number of games. It is difficult to determine exactly how many, but there are certainly a couple of hundreds of them in total, which is a really impressive amount for only 6 years of experience.

It seems that the developers wanted to have all types of casino games in their portfolio, and they certainly made that happen. Most of the portfolio consists of video slots of course, but there are also table games (blackjack, roulette, and baccarat), bingo, video poker, scratch cards, and keno games, including a live casino. Literally, anyone can find what they are looking for.

Unfortunately, Pragmatic Play still hasn’t introduced progressive jackpots to its video slots, but there are several games that offer fixed jackpots. They are offered as part of special bonus features, as is often the case, but they can be quite the incentive.

In the visual design aspect, Pragmatic Play games definitely don’t disappoint. They always offer exceptional graphics, which makes the experience a lot more immersive, plus both the appearance and the soundtracks of these games always fit the theme, so nothing feels out of place or uncoordinated.

Pragmatic Play seems to put the players’ satisfaction above all else. Among other things, this can also be seen in the RTP values of these games. The theoretical RTP values of the Pragmatic Play video slots is almost always above the industry average, and it can go as high as 97% in some instances. But of course, there are also a small number of exceptions to this practice.

All of the games that Pragmatic Play has created so far are incredibly engaging and entertaining, as they offer really creative and immersive themes, with visuals that perfectly fit and set the tone of the game.

We already established that Pragmatic Play offers diversity in the types of games, but they also offer a wide array of mechanics when it comes to the video slots as well. They have licensed the Megaways engine, which is implemented in a big number of games. On top of that, there are very exciting features, like the Powerways, PowerNudge, Mega Hold & Spin, and so much more.

A few of the most popular Pragmatic Play slots are Wolf Gold, Book of Fallen, Madame Destiny Megaways, Buffalo King Megaways, and Gates of Olympus.

Wolf Gold slot is an award-winning game, which offers an incredible atmosphere and exciting gameplay. You will get to spin the reels full of wild animals that can help you trigger some great bonus features and maybe even win one of the 3 fixed jackpots.

The Book of Fallen slot is one of the more recent games that Pragmatic Play has released, and it is quickly becoming a fan favourite. It belongs to the “books of’ category and it offers exciting bonus features as well as the chance to choose your preferred expanding symbol.

In Madame Destiny Megaways slot, you will get to find out your destiny thanks to this powerful psychic. She resides in a dark and spooky forest, but visiting her can bring you really massive prizes. You will enjoy the exciting Megaways engine, plus the visuals and graphics are spectacular.

Buffalo King Megaways slot, as the title suggests, is the Megaways version of the incredibly popular and exciting game of the same name. With this version though, you will get to experience a livelier gameplay thanks to the unpredictable way of playing.

Gates of Olympus slot offers you a big layout with lots of gems and jewels. You will get to play on Mount Olympus alongside Zeus, the king of the Gods and you can win many great prizes and activate fantastic bonus features as well.

Pragmatic Play creates all of its games with the modern HTML5 technology, so you can enjoy them on any mobile or tablet device that runs on Windows, Android, or iOS operating system. What’s more, the video slots can be played in both portrait and landscape mode, whichever you prefer.

The amount of time it took Pragmatic Play to become such an important key player in the online gambling industry is basically unprecedented.

With not even a decade behind it, this company has managed to penetrate almost every aspect of this business. It has created every type of game, from video slots to live casino and to top it all they all come with superior and realistic graphics and designs.

Furthermore, you can enjoy all of these games, without having to worry about safety or fair play, as Pragmatic Play has been approved by multiple testing laboratories, including the famous BMM Testlabs.

With so much success already, we can only imagine what sort of amazing things the company will accomplish in the feature, but for now, why don’t you enjoy the incredible video slots we offer here at SlotsWise?

What types of slots does Pragmatic Play offer?

A large part of the portfolio consists of video slots including jackpot slots, but there are also bingo, scratch cards, live casino, keno, and table games such as roulette, baccarat and blackjack.

Which are the most popular Pragmatic Play slots?

Pragmatic Play has a really rich portfolio in terms of both quality and quantity, but some of the most famous titles include Wolf Gold, Book of Fallen, Madame Destiny, Buffalo King Megaways, and Gates of Olympus.

All of the games are completely safe to play. The company holds some of the most reputable licences in the world, plus Pragmatic Play has been monitored and certified by several testing laboratories, including the BMM Testlabs.

Yes, the games are made with HTML5 technology, so you can play them even on smaller devices, no matter where you are. Simply open the game in the browser and start spinning.