Another games is added to the Mega Moolah progressive jackpot network. Again, it is Microgaming in the helm of the production which was delivered by Neon Valley Studios for a game that plays on 10 paylines, three reels and five rows. The top paying symbol brings 25x on the bet, and the Mega jackpot seeds at 1,000,000.00.

Play the Atlantean Treasures Mega Moolah slot for a chance to win cash prizes and one of the progressive jackpots.

If your luck attracts pearls you may become winner of one of the guaranteed progressive jackpot prizes in Microgaming's new spin on the quintessential progressive slot Mega Moolah. This time around, in cooperation with Neon Valley Studios, Microgaming are releasing the Atlantean Treasures Mega Moolah slot.

Instead of a reel adventure that takes place in the African savanna, the game at hand takes us under water where shells, fish and a comely mermaid spin on the reels for a chance to bring back cash prizes. Atlantean Treasures Mega Moolah has a classical five reels, three rows layout that spin across 10 always active paylines. 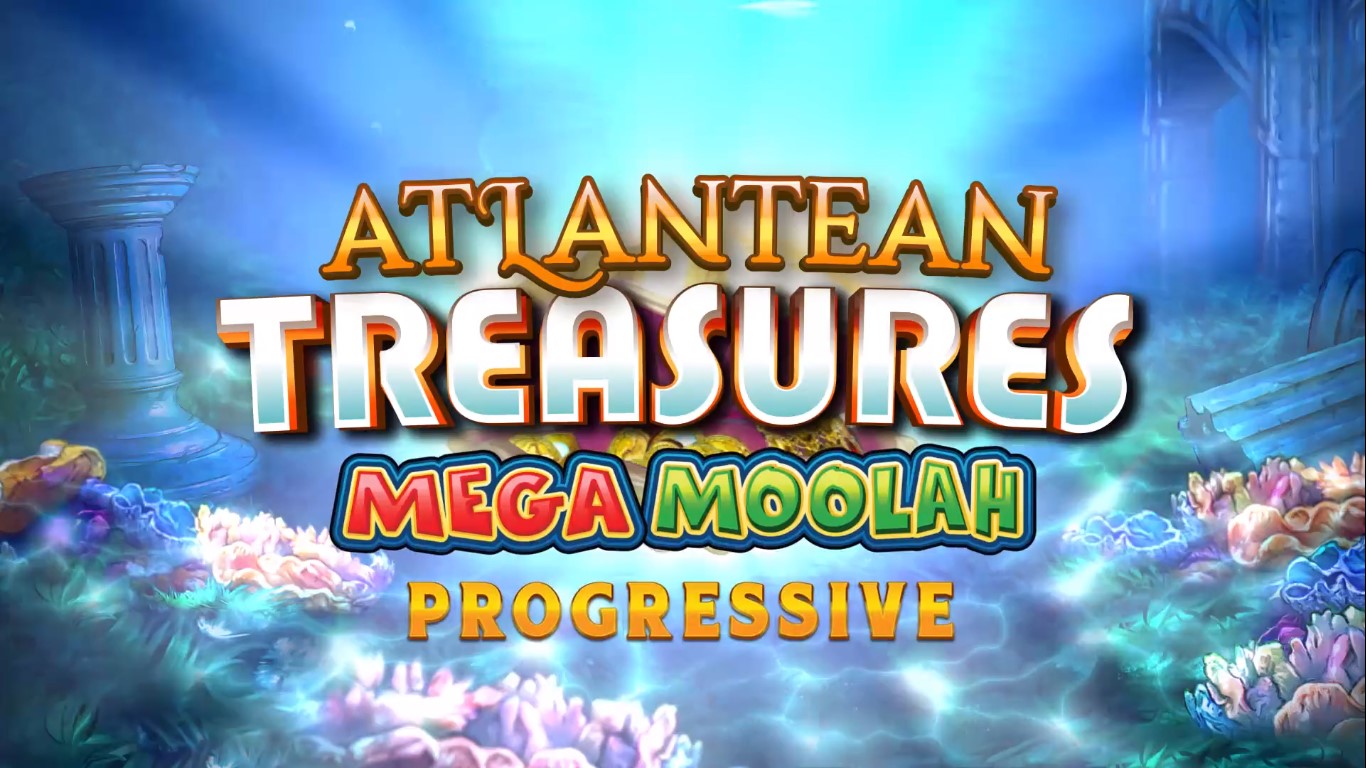 As expected, wins in the base game are made with three or more symbols of the same kind falling on one or more payline. However there is a notable difference to most other slots - this game pays two ways, from left to right and right to left, which may improve the odds at making wins.

The slots experts behind this production have given it the full spectrum of elements that are required for a slot game to play like a pro. There are animated bits, the reel-set is lively and the gameplay is dynamic and interesting.

The premise is an underwater kingdom - that of Atlantis, naturally, which is home to to a see-through reel-set that is populated by sea creatures and some classical slots machine symbols, like the BAR and sevens.

Atlantean Treasures Mega Moolah slots puts the mermaid at the center of the game. This is the wild symbol that appears to come alive on the reels to treat the players to potential wins, thanks to it covering the entire reel. Lots of bubbles in the game and pearls as well, as these are collected inside the shell to the left and used towards the jackpot game.

A musical score fills the ambiance with some pleasant sounds that are frequently punctuated by exclamations and slots machine sounds.

You don't have to don on your scuba diving suit to join this game, because only old fashion suits are accepted here. Joking aside, the game starts with the push of the spin button. This causes the reels to spin once for each action, deducting once the selected bet.

To choose your bet select a value from the center-left area of the screen where at the bottom you will see the minus and plus buttons. The smallest wager is £0.10 and the biggest bet is £200.00 per spin. Regardless of what bet amount is selected, the game will play across all 10 paylines.

Atlantean Treasures Mega Moolah slot comes with an autoplay button. Press it to open up the menu for it and choose from the automatic spins number presets. Optional controls are to make the autoplay mode stop when the balance reaches a certain positive limit or when it falls below a line that you get to draw in the sand.

In the far right corner of the screen are the thunder button which toggles the turbo reels on and off and the speaker icon which does the same for the sound.

Like we said, winning outcomes are made with three or more matching symbols starting either on the leftmost or rightmost reels and more than a single payline win can occur on any of the game's ten always-active paylines.

In terms of the prizes, the most valuable of the standard symbols is BAR with 25x multiplied by the winning bet when five post on a payline and 5x for three.

The seven symbol pays 12x multiplied by the winning bet for five and only 2.5x for three of the same. The other symbols pay smaller amounts so really, in order to make notable wins in Atlantean Treasures Mega Moolah slot you would have to see the mermaid wild appear on the reels as often as possible.

The wild symbol appears on the middle reels and substitutes for all symbols except the progressive trigger symbols. Furthermore, every wild symbol expands to cover the entire reel. The game awards a respin for every wild and additional wilds retrigger the respins.

Any one of the jackpot prizes can be won with the pearls that can come attached to any of the game's symbols, except the wild. These are called Progressive Trigger Symbols. The more you get the higher the odds are that the randomly-triggered jackpot wheel will appear.

It is questionable whether Microgaming is going to release this game as a free play demo because it is a progressive jackpot. If it appears it will at online casinos that host demo slots for their registered players.

Will this edition of Mega Moolah unseat the original from its prime? Our experts can’t quite see it. Despite the progressive jackpot prize, the predecessor has a specific charm to it and has made a name for itself that a long title slot like this one wouldn’t be able to erase.

Discover the Atlantean Treasures Mega Moolah slots by claiming a welcome offer right from this page and play at top notch online casinos.