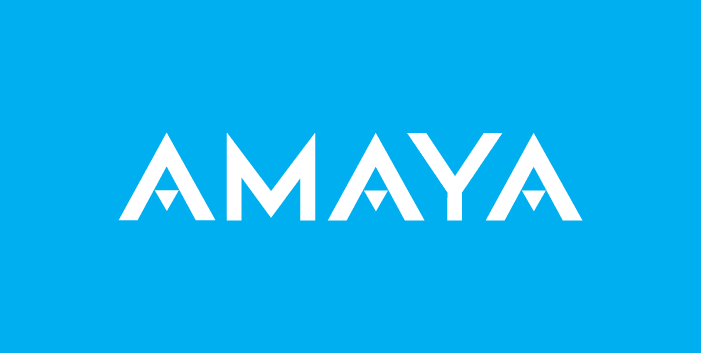 Amaya is one of the better-known providers of casino games for both online and land-based casinos. Its portfolio is full of all sorts of game types so read on and learn about everything this company offers to its players.

Everything You Need To Know About Amaya

Our Verdict on Amaya

Despite no longer existing as such, Amaya, or The Stars Group Inc. as it was later rebranded, was one of the biggest and most influential casino games providers in the industry. The company has created incredible games over the years for players who prefer both land-based casinos, as well as the online experience.

After about two decades in the iGaming industry, Amaya is now defunct and it was acquired by Flutter Entertainment, which is one of the biggest Irish betting and gambling groups out there. Read on about all the things that you can experience with Amaya.

Amaya had about 2 decades of experience under its belt, as it was established in 2001, and it officially stopped existing in May, 2020. This was a Canadian company that was founded in the city of Toronto, Ontario and that is where the company operated until it was bought by Flutter Entertainment in 2020.

Over the years, the company acquired many licences in over 17 jurisdictions around the world, including the UK Gambling Commission. Amaya made sure to adhere to all the rules and regulations of these markets in order to provide the safest and best experience possible to its players.

The company’s growth was really quick and impressive, but Amaya’s acquisition of other businesses also played a really big part in that growth and expansion. For example, in 2012 the company bought Cryptologic, then Rational Group in 2014 as well. Soon after that, the company became the biggest publicly traded online gambling organization on the Toronto Stock Exchange.

Amaya has been incredibly productive throughout its career, and has created a lengthy portfolio that offers something for everybody. It’s never easy to determine the exact number of games, but Amaya has certainly created more than 300 casino games in total, which is impressive.

Unlike many of the other companies we have reviewed, Amaya’s focus was not on video slots, but on poker. This company owned PokerStars, which is the largest online poker site. There are of course video slots to choose from, classic slots, live casino games, and many others.

Many players will also be also pleased to know that Amaya also offers incredible jackpots in their games. Many of them are progressive ones, which means potentially even greater prizes. Most of the jackpots are part of the Cryptologic brand that Amaya acquired but you can win some really impressive rewards nonetheless.

It seems that when making these games, the developers chose to stick to a more land-based atmosphere in terms of the visuals. Compared to the top video slots we have today, the Amaya video slots seem a lot more dated, with a rather retro design, but fun gameplay nonetheless.

The RTP aspect will probably not be very satisfactory to most players. The values vary, but they are generally below the industry average and they can go as low as 91%, which could certainly be off-putting for many players.

The developers at Amaya made sure to include lots of different themes to their library, which makes it incredibly diverse and appealing to all preferences. You can find any kind of theme and they all provide simple, yet very entertaining gaming experiences that you can enjoy at any time.

As we said before, Amaya’s slots offer more retro designs, which is also true for their gameplay. The slots are typically played on somewhat standard reels and they provide simple and straightforward gameplay. There are great bonus features that can help you out and make the games more entertaining.

Some of the most popular games by Amaya include Mighty Sphinx, Dolly Parton, Druidess Gold, Castle Builder, and Irish Eyes.

Mighty Sphinx slot is an incredible Egyptian-themed video slot that offers really fun gameplay and a popular theme among players. Play in front of the great pyramids of Giza and spin the reels to earn incredible prizes.

Dolly Parton slot is a real treat for everyone, especially the fans of this legendary country singer. Join Dolly Parton on her colourful reels and she can help you win really great prizes, plus there are even some fun bonus features as well.

With Druidess Gold slot, you get to experience ancient magic and great symbols that can combine on a big 8-reel grid. It is played in a very interesting and creative way, plus with the great bonus features, you can potentially make quite the profit.

With Castle Builder slot, you get to experience a very unique and fun gaming concept in which spinning the reels will earn you building materials that you can use to build your incredible castles, plus there is the option to select the number of paylines too.

Irish Eyes slot is a typical Irish-themed video slot that offers a colourful and relaxing atmosphere. It comes with straightforward gameplay and symbols that are typical for this theme, plus there are great rewards as well.

Amaya did not fall behind in the technological aspect either and made its games with the sophisticated technology that made it possible to play them wherever you are, on your smartphone or tablet. The games can simply be opened in the browser of your preferred device without having to worry about any kinds of downloads.

Amaya was known as a leader in the world of poker, especially since it was the owner of the biggest poker site in the world. This company managed to make a really big name for itself and made many games, which were played in casinos around the world. Plus, many of the big games we know today have collaborated with Amaya at some point in the past.

The games may not be the best out there, but they still provide great gaming experiences and potentially great prizes as well. Today Amaya is a part of Flutter Entertainments, but you can still enjoy their video slots, some of which we have right here on Slotswise.

What types of slots does Amaya offer?

Which are the most popular slots by Amaya?

Mighty Sphinx, Castle Builder, Dolly Parton, Irish Eyes, and Druidess Gold are just some of the more popular games that Amaya has created.

The Amaya slots are perfectly secure, as the company is licensed in over 17 jurisdictions around the world and it had a licence from the UK Gambling Commission as well, which is one of the most reputable ones.

All of the games are made with sophisticated technology that allows players to play them anywhere they are, directly in the browser of your mobile or tablet device.