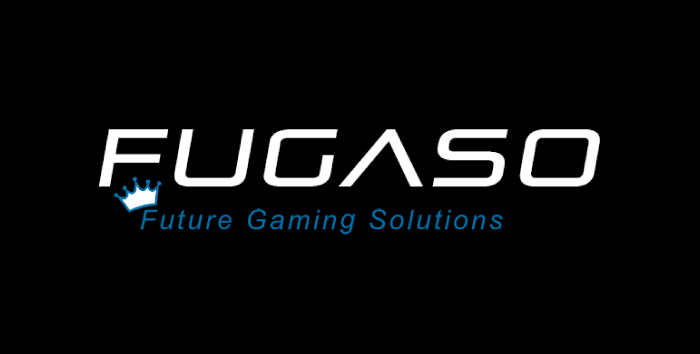 Fugaso may not ring too many familiar bells to online casino players but people in the casino industry may certainly remember the name. This is a company that is behind several dozen slots and a full range of online casino solutions that include white-label platforms.

The company was founded in 2016, which isn't such a long time ago considering the age and experience of those select few well-established companies in the industry.

Their name describes precisely what they do: Future Gaming Solutions, and our slots experts tend to agree that Fugaso can indeed create engaging online slots and provide the tinker behind a full casino operation.

Fugaso consists of a team of experts that have many years of experience on aggregate, from companies in the online betting and casino industry, such as Playtech and Bwin.

A milestone that can attest to all of the above is their reaching 1 billion bets in just three years, which was announced at ICE London in 2019.

In the first couple of years since the company was founded in Cyprus, the team of slots experts at Fugaso had managed to produce the majority of their online slots.

To date (Dec. 2019) they have released 60 titles in HTML5, which load fast and play from the cloud on personal computers and mobile devices, which means no software needs to be downloaded.

Owning the sheer number of games allows Fugaso to promote their white label solution. Game industry veterans and new entrepreneurs can launch a new brand in, according to the slots experts at Fugaso, a lot sooner than most companies.

In the same package Fugaso can connect analytical tools and the world's most trusted and widely used payment methods.

What is more, the company can integrate the above, under a brand new brand, while also adding titles from additional providers that count for much in the world of online slots.

The company prides itself on releasing the online slot that turned heads at ICE in London. That slot is Trump It Deluxe and, as the name suggests, it involves a tongue-in-cheek horn-butting between three antagonists: Donald Trump, Kim Jong Un and Vladimir Putin.

Yes, it is the world affairs theme that will get your attention (unless you live in a bubble of bliss), but beyond that is a dynamic game mechanic, animated cuts and an excellent design that seals the deal. The theoretical RTP makes the game even more appealing as do the extra features.

Another news that dates from 2018 is about Fugaso offering their online slots to EveryMatrix. The giant in the online casino industry now has the full catalog of Fugaso slots added to their infinite roster of more than 5000 titles.

When it comes to casino table and card games, Fugaso seem to have an infatuation with the color purple because all of their virtual games are dominated by it.

We reflected on the Trump It Deluxe slot above, but we didn’t say that Fugaso have quite a handful excellent games among their 60+ HTML5 titles.

With the Fugaso Airlines slot, they showed the world that they can really make an exciting online slot, The game exists in a fully-animated environment and offers a thrilling ride through the airport flight control tower.

Another of their games that we have often noticed on the rosters at online casinos is Stoned Joker 5. This is a five payline slot that has a rastafarian joker for the scatter that delivers a prize of 1250x on the win at the biggest bet of 25 per spin.

The Mummy 2018 Blick Pays is an Ancient Egypt themed slot with six reels and five rows. Payouts are made on consecutive reels , there are wilds, bonus-scatters and respins. The top payout is 10,000 for a reel-set filled with the Eye of Horus symbol.

There are many more slots to be cited here so players are invited to explore the availability at the online casinos on this page, by claiming the available welcome offers.

Fugaso are an online gaming solution providers that we’ll definitely want to keep a watch on. More is expected from their end and it is only a matter of time until their overall production becomes significantly improved. That means more exciting online slots and more in-game progressive jackpots.