From the screen to the slots, IGT brings the funny Quahog family to the online gaming scene with Family Guy. 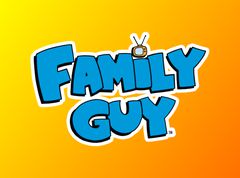 From the screen to the slots, IGT brings the funny Quahog family to the online gaming scene with Family Guy slot, the five-reel, 30 payline game based on the cartoon television programme of the same name!

Spin to win with Peter Griffin and the rest of the family, with some added laughs on top. Enjoy the rolling Family Guy quotes above the reels as you try and land symbol combinations of some of the TV’s funniest characters. 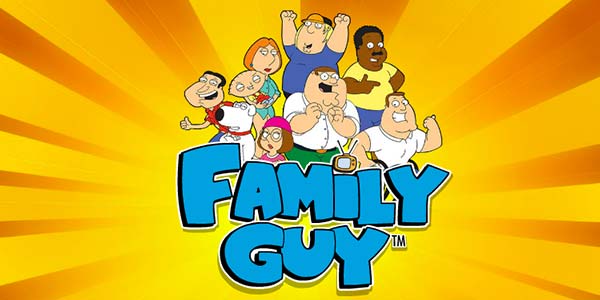 As is usually the case with IGT games, Family Guy slot has incredible graphics, with slot symbols including each family member, the game logo and some other on-theme additions.

Spin to win and land Peter, Lois, Meg, Chris, Brian and Stewie, the game’s higher value symbols. The lower value symbols are made up of a toy raygun, Stewie’s toy bear, a television and a bottle of beer.

Aside from the standard symbols, you can also land the ‘World Bonus’ symbol and the Family Guy slot game logo.

Being the official slot game of the TV series, the symbols are incredibly well-drawn and look exactly as the characters do on the television programme. Plus, there are some fun animations and smooth gameplay throughout, so in terms of how this slot game looks, it’s incredibly well-rounded and of high quality.

How To Play Family Guy Slot

Before you spin to win on the Family Guy slots, you must first select your stake per spin. This is easily done by clicking the + and - buttons beneath ‘Coin Value’ and the amounts vary, ranging between £1 and £100.

No matter which coin size you choose to play with, you’ll wager with 50 coins, meaning your total stake per spin will be 50 times your coin size. IGT seem to justify this relatively high amount by noting that there are 30 paylines and features. Although having to wager with 50 coins may seem like a lot, this slot game does seem to pay out fairly frequently and well, even when playing with the lowest coin value.

Once your stake has been established, you can then spin by clicking the button in the middle, at the bottom of the screen. The reels will then spin and any wins you land and cash you receive will appear under the ‘Win’ heading and then added to your balance.

Like all slot games, you must land combinations of the same symbols in order to receive a winning payout. Three or more symbols need to land consecutively from left to right across any active payline.

As mentioned before, the value of Family Guy slot game’s symbols vary, but at least three of them are required for all. Peter and Lois are the most lucrative symbols, in terms of cash payouts and landing five of them will reward you with 250 times your coin size.

The Family Guy slots' logo acts as the wild and will substitute for all others, except the ‘World Bonus’, in order to help create winning combinations.

Aside from cash payouts, landing certain symbols will help to trigger bonus features which will, in turn, reward players with cash and/or multipliers later on.

The ‘World Bonus’ symbol is a fairly lucrative one. When three of these symbols land in any position on reels two, three and four, this bonus round is triggered. You’ll then be presented with a globe to spin, and when it stops it’ll land on one of the following rounds to play:

At the beginning of The Drunken Clam bonus round, you must first select a character out of Cleveland, Peter, Quagmire and Joe. Depending on which character you choose, a multiplier will be revealed and the amount will be anywhere between 25x and 1000x and this will be applied to the original coin value that was being played with when the round was triggered.

You must first select Peter Griffin or The Giant Chicken to be your fighter in the battle between the two characters. There are three rounds in the fight and one to seven picks are awarded during each round.

10 free spins are initially rewarded. If the Heart Wild appears in any position on reel five, it’ll fill an empty heart at the bottom of the bonus screen. When all three hearts are filled next to one of the coloured Lois symbols, it becomes wild.  This will then remain wild for the current and remaining free spins in Family Guy Slots

Aside from the bonus rounds that come as part of the ‘World Bonus’, there is also ‘Peter’s Feature’ and ‘Stewie’s Feature’:

As you might expect when taking the awards into consideration, these features occur a lot less often and as a result, they are more lucrative and the rewards could be considered as slightly better than those given during the World Bonus features.

With the television cartoon being so popular, this online video slot from IGT arguably has a lot to live up to. Having said that, it has been incredibly popular to date and for good reason. The Family Guy RTP is 96.80%, which is above average. If you want to know more about RTP in general and how it works, have a look at our RTP Guide.

Being the official slot game for Family Guy, the graphics are incredible and perhaps no different to the cartoons seen on TV. Plus, the game is as good as it looks, featuring some great animations throughout, as well as some rotating memorable quotes above the reels to keep the humour coming.

There is an abundance of lucrative bonus rounds and players can win free spins and multipliers, on top of cash prizes when landing symbol combinations across the reels.

For us, IGT’s Family Guy slots is definitely worth a spin, if you like your gaming with a side helping of humour and frequent wins!