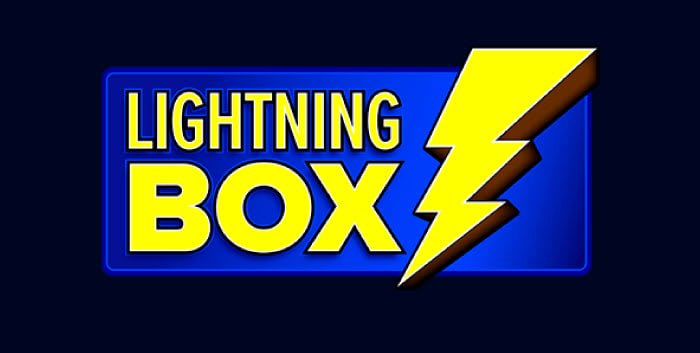 This is a fantastic company that was founded by an incredibly experienced group of people and has since then created a portfolio full of exceptional video slots. Their games cover all sorts of creative themes, so read this detailed review and then choose one of the slots to check out first-hand.

Everything You Need To Know About Lightning Box Games

Our Verdict on Lightning Box Games

Lightning Box Games is a company that appeared in the industry about two decades ago and has established itself as a very influential member of the developer community. This company has created numerous games and it developed new and exciting ways of playing, which are all incredible additions to the world of video slots.

If you are a player who is interested in trying new games and new mechanics, then you should definitely read on and learn about everything Lightning Box Games has in store. You will certainly be pleasantly surprised and eager to try out their fantastic releases.

It seems that there are some creative geniuses down under as well. Lightning Box Games is a company founded in Australia back in 2004, which makes it a part of the iGaming industry for almost 20 years, and it continues to operate from its headquarters in Sidney.

Lightning Box Games creates its content according to the strictest regulations, in numerous countries all around the world. In other words, you can be absolutely certain of the quality and the safety of their video slots.

The company’s success has not gone unnoticed, and as a testament to their quality and the influential role they have in the industry, Lightning Box Games was nominated for the esteemed Innovation in Slot Provision award, at the 2017 EGR Awards.

In terms of the appearance of the slots, Lightning Box Games is on par with some of the top video slot developers, but what truly sets it apart is the incredible creativity of its developers. They have come up with multiple ways of playing, which made their slots a lot more tempting and fun to play.

For a company that has a two decades career, it doesn’t have a very lengthy portfolio, when compared to other video slot developers out there, especially ones that haven’t been around that long. Lightning Box Games has between 80-90 video slots under its belt, but their quality is guaranteed.

The fans of video slots will be glad because the portfolio of Lightning Box Games consists only of slot games that revolve around many exciting themes. However, there are unfortunately no roulette, poker, bingo or other types of games of those categories.

There are, however, several releases among the video slots that in addition to the excellent gameplay and prizes, offer you the chance to win jackpot prizes as well, which can be an impressive boost to your profit. One such game is Frogs ‘n Flies Temple Cash slot, which comes with great progressive jackpots.

Lightning Box Games’ slots come with fantastic visuals, which are made even more immersive and impressive because of the superior graphics. This is especially true with their latest releases, although the graphics of their older video slots are not bad either. One thing that has always been consistent throughout the years is the smooth and enjoyable gameplay.

It would appear that if you were to choose one of the older releases, you would be playing with a slightly below-average RTP. However, Lightning Box Games seems to be changing that trend and they are starting to increase the theoretical RTP values of their games to percentages above the industry average.

If you were wondering what kinds of video slots you would find with Lightning Box Games, you will be pleased to know that their games cover all kinds of genres, from Asian themes to pirate themes. One thing they all have in common is the fact that they are all fun to play and incredibly immersive.

As we previously explained, this company focuses only on video slots, but in order to stay successful all those years, Lightning Box Games has used its innovative nature to come up with new, amazing mechanics. These include the dynamic Waysfecta and Reelfecta engines.

If you were interested to know about their most popular games, they include Kalahari Safari, Chicken Fox 5x Skillstar, Blown Away, Lightning Leopard, and Enchanted Waysfecta.

The Kalahari Safari slot is a truly stunning African journey to the heart of the safari, where the wild animals are basking in the sunset. The visuals will captivate you from the stars, and you can earn some impressive prizes of up to 6,400x the stake.

The Chicken Fox 5x Skillstar slot comes as an upgraded and improved version of the original game. You will get to take advantage of even more exciting bonus features that might be extremely helpful in earning some really worthy wins.

The Blown Away slot might sound a bit intimidating, but it is in fact a really colourful and fun animal-themed game. You will get to accompany a group of animals on a tropical island, as you spin the reels and earn great rewards. You can expect balanced gameplay because of the medium volatility.

From tropical islands, the Lighting Leopard slot will take you to the frozen land in the north, where another group of animals is waiting to help you achieve the big wins. A great thing about this game is the fact that it also offers you the chance to win 4 potential jackpots.

The Enchanted Waysfecta slot, as you can see, incorporates the innovative Waysfecta mechanic, which includes split symbols that are made up of 4 individual symbols. This makes the gameplay a lot more thrilling and full of potential. Enter this enchanted forest and spin the reels for big rewards.

If you are constantly on the go and you don’t have the time to sit in from of a desktop computer or laptop, you should know that all of the Lightning Box Games slots are made with a state of the art HTML5 technology, which makes them playable even on smaller devices. All you need to do is open the game you’ve chosen in the browser of your device and you are ready to play.

You will not be disappointed if you decide to add Lightning Box Games to your bucket list of video slot developers. This company’s library is full of exciting games, which are definitely worth checking out first-hand. There is also a wide array of themes, so almost all players can find what they like.

Furthermore, Lightning Box Games is a very innovative creator and offers you new and thrilling mechanics that you won’t be able to experience with other video slot developers. Take a look at the list of games above and we are certain you will be able to find one that will win you over.

What types of slots does Lightning Box Games offer?

Lightning Box Games is a company that focuses exclusively on video slots, which means that there are no bingo or table games in their portfolio. Their video slots however, offer a lot of innovative ways of playing.

Which are the most popular Lightning Box Games slots?

Kalahari Safari, Chicken Fox 5x Skillstar, Blown Away, Lightning Leopard, and Enchanted Waysfecta are just some of the numerous popular and successful video slots that Lightning Box Games has created over the years.

Lightning Box Games operates in accordance with the toughest regulations in the jurisdictions it works in, which means that there are no issues with the safety and security.

Yes, you can enjoy these games on any mobile or tablet device, thanks to the sophisticated HTML5 technology that they are made with. Simply open it I the browser of your device and start spinning the reels.