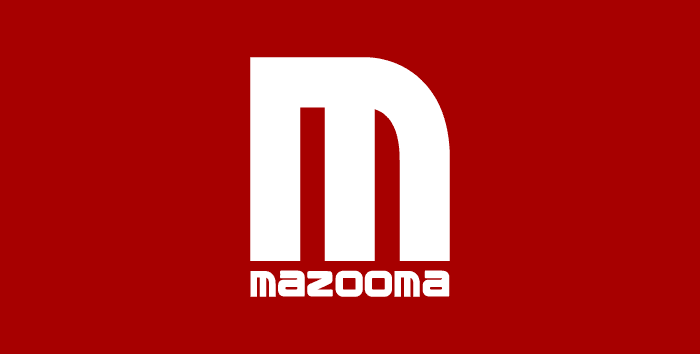 This UK-based software provider has become very well known throughout the years and its 2-decades involvement in the gambling industry has certainly made an impact. This in-depth review covers all you need to know about Mazooma Interactive Games, so read on and learn all about it.

Everything You Need To Know About Mazooma Interactive Games

Our Verdict on Mazooma Interactive Games

This company has certainly gone through a lot of transformations throughout its career and it has surprisingly accomplished a lot in all aspects. First, it started working in the land-based sector and it created excellent slots for casinos, but it slowly began diverting its attention towards the online sphere of the industry where it continued to thrive.

The company was then bought by the titan Novomatic, and as of 2017 Mazooma Interactive Games is a subsidiary of the Novomatic’s Interactive Division, Green Tube. It’s easy to get confused with all of these things, so let’s dive into the details and explain what exactly this company has to offer.

Mazooma Interactive Games is a UK-based developer that entered the gambling scene in 1997 when it was founded in the city of Nottingham. This is still where the headquarters of the company is located, although the company did expand over the years.

The company definitely managed to win over countless players throughout its career, both in the UK and around the world. Mazooma Interactive Games is licensed by the UK Gambling Commission and the Alderney Gambling Control Commission, which serve as proof of the quality and the fair play that you are getting.

Unfortunately, despite being in the industry for more than 20 years, as well as being a very innovative company, Mazooma Interactive Games has not made a contribution big enough to earn it a prestigious award yet, but it might still happen in the future.

So far, Mazooma Interactive Games has collaborated with countless operators and their games can be found in many of the top casinos including Paddy Power, Ladbrokes, William Hill and many others.

Plus, in addition to the games’ quality, the company also makes sure to make the games as engaging as possible by introducing the Community Gaming feature that lets you connect with other players as well.

As we said before, Mazooma Interactive Games has been around for more than two decades, plus it has been an incredibly productive provider as well. This means that the company has created a countless number of games, but it is nearly impossible to determine the exact number of games, as many of them were also made in collaboration with other studios.

Such an extensive portfolio would naturally have a lot of diversity in terms of the types of games you can find in it. Mazooma Interactive Games has created countless video slots, classic slots, fruit machines, single line games, and you can also find several table games as well.

Jackpots are not excluded from the Mazooma experience and players will get the chance to potentially walk away with incredible fixed jackpots. The Mazooma progressive jackpots are integrated into many of the games, including the famous Wizard of Odds slot and they can bring you some really worthy prizes.

In terms of appearance, the games by Mazooma Interactive Games are quite colourful and dynamic. They are made with great visuals and vibrant colours, and despite not being on par with the realistic video slots we have today, they are still very impressive and they offer satisfactory and immersive gaming experiences.

We all know that the average RTP value of video slots is 96% and everything above it is considered great. However, it seems that the developers at Mazooma Interactive Games did not stick to these standards and most of the games are made with below-average RTP rates.

All of the games are very innovative and original, especially in terms of the themes they revolve around. Thanks to this, they all come with a great degree of fun and entertainment, which will keep you captivated throughout. No matter which game you choose, you will certainly enjoy every second of it.

The video slots may not be out of the ordinary in terms of the layouts, as they are played out in a typical way on standardly arranged layouts. However, they are equipped with many exciting bonus features that include free spins, multipliers, wilds, scatters, and more.

Some of the most famous games by this developer include Clockwork Oranges, Atlantis Treasures, and Snakes and Ladders.

With Clockwork Oranges slot, you get to indulge in a really fun combination of a funky design and clocks. The game looks very retro, and the symbols are made to look almost like graffiti, which makes for a very unique experience.

Atlantis Treasure slot is a retro-looking video slot that will take you on a deep underwater adventure. The atmosphere of the game is much like the vintage land-based slots, but it comes with dynamic colours and many potential prizes.

Snakes and Ladders slot is based on the old Indian board game. The design of this video slot is the same as the other ones, and you can enjoy some nostalgic visuals in terms of both the appearance of the game and the theme of the game.

The games are all optimized and made compatible with smaller device such as tablets and smartphones as well. You can enjoy them even on the go, without having to sit in front of a desktop computer, or worry about unnecessary downloads. The same visuals and graphics are perfectly carried over to the small screen.

Al in all, Mazooma Interactive Games is a really impressive software developer that has accomplished many things throughout its 20-year involvement in the industry. With numerous games, great innovations, and rather social casino games, it is no surprise why it’s become such a famous and admired studio among both players and operators.

Compared to the video slots we have today, the Mazooma Interactive Games slots may not be on the same level, that’s true, but they are still incredibly entertaining and they offer great atmospheres full of exciting bonus features, colourful visuals and massive prizes, including progressive jackpots.

What types of slots does Mazooma Interactive Games offer?

Which are the most popular Mazooma Interactive Games slots?

Clockwork Oranges, Snakes and Ladders, and Atlantis Treasure are among the most popular games by this developer.

The company is licenced by the UK Gambling Commission and the Alderney Gambling Control Commission, so safety and fair play are guaranteed.

Yes, all of the games are made with sophisticated HTML5 technology, which means that you can enjoy them on smaller devices, without having to download anything.