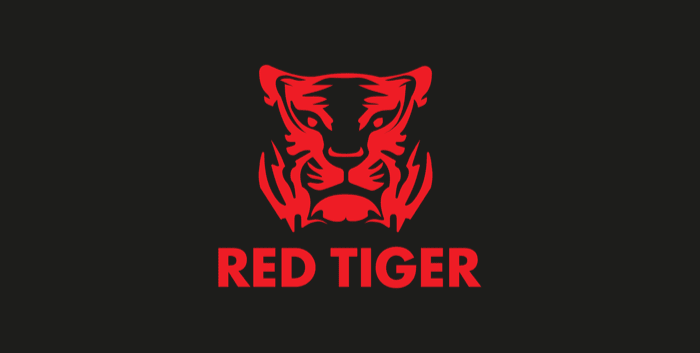 Red Tiger Gaming is one of the biggest names in the iGaming industry, which has become a household name practically overnight. The exceptional quality of the games has earned this company a spot among the greats. Read more about it below and check out the best Red Tiger Gaming Slots.

Everything You Need To Know About Red Tiger Gaming

Our Verdict on Red Tiger Gaming

Everyone who is in the least bit familiar with the iGaming industry has most likely heard of Red Tiger Gaming. The company has definitely become one of the most recognizable names today, alongside several other developers. What sets this company apart is the incredibly lively and captivating design it comes up with.

If you can’t decide which game to play, but you are looking for guaranteed quality, then we suggest you give Red Tiger Gaming a chance and see for yourself how this company has managed to win over so many players over a relatively short period of time.

Red Tiger Gaming is still considered a relatively new company, as it was founded back in 2014 in the Isle of Man. After that, the company moved and now has its headquarters in Malta. In 2019, Red Tiger Gaming was bought by NetEnt and soon after that both of these companies were acquired by the biggest casino software company called Evolution Group.

You can be sure about the quality and the safety of Red Tiger Gaming, as they have been licensed by the UK Gambling Commission, the Malta Gaming Authority, the Alderney Gambling Control Commission, as well as the HM Government of Gibraltar. The company continues to add to this list.

If all of that wasn’t enough, Red Tiger Gaming has also received 15 awards as recognition for its work. The first award the company received was the 2017 Innovation in Slots Provision award given by the EGR B2B Awards, while the latest award was the 2020 Mobile Gaming Supplier of the Year award.

If you are wondering what makes Red Tiger Gaming so special, it’s the fact that this is one of the most fascinating companies to date. They received their first license in 2018, and have reached such incredible success in only a few years. This is just further proof that Red Tiger Gaming offers something truly fantastic.

The developers at Red Tiger Gaming have obviously worked extremely hard, as the company’s game list is longer than the portfolios of some companies that have been in the industry for longer. Red Tiger Gaming boasts around 200 games in total, which is very remarkable.

When it comes to the types of games, most of those 200 games are video slots that come in all sorts of shapes and sizes. There are of course 3 of them, which are classical table games. You can choose from blackjack, baccarat, or roulette games if that’s what you prefer.

Red Tiger Gaming also offers jackpot games, which can be modified by the respective casinos. On top of that, there is also Red Tiger’s Daily Drop Jackpot Network, which offers Daily Jackpots, Ceiling Jackpots, as well as amazing Progressive Jackpots.

As far as the appearance of the games is concerned, we can confidently say that Red Tiger Gaming has some of the most incredible-looking games in the industry. The people responsible for the visual design and the smooth gameplay of these video slots never seem to disappoint.

Something that’s very curious about this company is the RTP that the games have. The RTP values are almost always just slightly below the industry average and it is usually between 95.50% and 96%, with some rare exceptions. This has become something that Red Tiger Gaming is known for now.

The video slots you can find at this company are always focusing on new and creative themes, which is why you can always find something entertaining. The diverse array of themes and engines means that there is something for everyone.

The lengthy portfolio consists of many different themes and a variety of mechanics, which provide very exciting gameplays. There are numerous Megaways titles, as well as Power Reels, and Infinity Reels, so you can choose to play basic-style games, or you can opt for more complex and dynamic rules.

Lion’s Hoard slot is an incredibly immersive game, which will take you to a fantasy treasury full of lion statues and heaps of gold. The game offers straightforward gameplay with impressive visuals and very exciting bonus features that can be very helpful in achieving some big wins.

With the Well of Wilds Megaways slot, the developers managed to incorporate the old Irish theme, into a much more sophisticated concept that doesn’t overwhelm you with Irish symbolism, but still creates a great atmosphere. There is also a great top prize of 10,500x the stake.

The incredible creativity of the developers has led them to create the NFT Megaways slot, where you will get to enter the mysterious and digital world of cryptocurrencies. The Megaways engine offers a great time and there are a few exciting bonus features as well that will keep you engaged.

Treasure Mine Power Reels slot offers an impressive gaming experience inside a huge mine full of glowing crystals and jewels. The Power Reels engine comes with a giant layout of 8 reels and 6 rows, where you can earn massive prizes. There is also a dragon inside that can be quite helpful.

Shah Mat slot takes the ancient game of chess and incorporates it into a fantastic video slot, where you will get to play among giant chess pieces. The game employs the cluster pays mechanic, so you can expect a different but incredibly fun way of playing, compared to the other video slots.

Being such a successful company means that Red Tiger Gaming listens to its players and gives them what they want.

This is also evident in the fact that all of their video slots are made with sophisticated HTML5 technology, which makes them compatible even with smaller devices such as tablets and smartphones. Regardless of the game’s mechanics, graphics, or visuals, you can play it on any device, without issues.

There are some really impressive video slots developers in the world today and Red Tiger Gaming has definitely managed to climb the industry ladder and earn its place among the top. This company offers really exceptional video slots that come with fantastic graphics and visual designs that will keep you entertained throughout the whole experience.

Furthermore, the video slots that Red Tiger Gaming has in its portfolio come with all different kinds of mechanics, and gameplay, so you can always find something new and exciting to play, and they show no signs of stopping anytime soon. Just find a game you like from the list above, and start your new adventure.

What types of slots does Red Tiger Gaming offer?

Most of the games this company offers are video slots, but there are also a few other types of games, which include blackjack, baccarat, and roulette.

What are the most popular Red Tiger Gaming slots?

Red Tiger Gaming has lots of successful games, but some of their most popular releases include Lion’s Hoard, Well of Wilds Megaways, NFT Megaways, Treasure Mine Power Reels, and Shah Mat.

Safety is never a concern with Red Tiger Gaming, as the company is licensed by the UK Gambling Commission, the Malta Gaming Authority, the Alderney Gambling Control Commission, as well as the HM Government of Gibraltar.

These games are perfectly compatible with mobiles and tablets, which means that you can enjoy the same graphics and visuals on any device, anywhere you are.