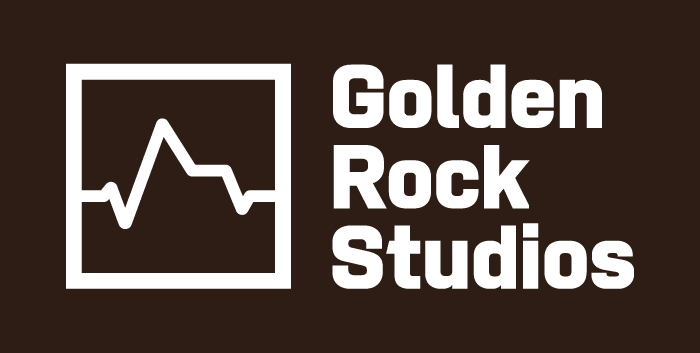 Golden Rock Studios brings together some of the most talented and experienced people in the industry to deliver a thrilling gaming experience. ​With unique features for every game, the provider aims to become a leading supplier of casino products. Here are the best Golden Rock Studios slots!

Everything You Need To Know About Golden Rock Studios

Our Verdict on Golden Rock Studios

From skilled developers to a high-end website, Golden Rock Studios delivers a fresh and unique gaming experience on the market. The company’s goal is to create high-performance products with unique features, innovative math models, and proven mechanics.

Even if Golden Rock Studios is a relatively new developer and has a few games in its portfolio, we can assure you that they are of the highest quality. For that reason, our team at SlotsWise highly recommends Golden Rock Studios slots to any player that is looking for exciting gaming adventures.

Golden Rock Studios has been with us since 2019. The company was officially launched in 2018 by James Curwen and William Mathieson, two well-respected individuals in the gaming industry. They both were executives at William Hill, one of the biggest gaming companies in the world. Therefore, you can be sure that they know how to produce high-end slot products.

Since Golden Rock Studios is a UK-based gaming company, it is licenced and regulated by the UK Gambling Commission. The Commission is the most respected regulator in the online gaming industry, so you can rest assured that all Golden Rock Studios games are reliable and safe to play. Plus, they’re verified to provide fair gameplay and honest payouts.

As a new company starting from scratch, Golden Rock Studios managed to deliver top quality slots that target every kind of player. With unique features and ideas for every game, the provider really deserves your attention, so feel free to give its games a try.

At the moment of writing our Golden Rock Studios Review, the provider doesn’t have a wide range of products to choose from. However, every single game that is currently available offers feature-packed gameplay with exciting features.

There are about 10 online slots, as well as a couple of casino games including blackjack and roulette. All Golden Rock Studios games include features like free spins, stacked wilds, Hold & Win, retriggers, expanding wilds, tumbling reels, and more.

For example, the Book of Inti slot, which is one of our favourites, incorporates a Free Spins round with huge payouts. Or, the Gold N Rocks slot features expanding wilds and tumbling reels that provide you with chances to form more wins in a single spin.

In addition, the company has taken the most popular slots themes and added its own unique twist. For example, the Gods of Power slot combines Gods from both Greek and Chinese mythology.

There are no jackpot slots at the moment, but the company has already licenced some of the most popular game mechanics - Megaways. This means that we can expect to see even more action-packed slots from the provider in the near future.

When it comes to the company’s casino games, players can try their luck on titles like Back Blackjack and Roulette. These games are also packed with modern graphics and high-end gameplay.

The goal of Golden Rock Studios is to provide players and operators with high-performance products that have stunning artwork and unique features. For that reason, the company builds its games with proven math models, average RTP percentages, and opportunities to win big.

We’ve already mentioned some of the most popular titles from Golden Rock Studios, but here are more detailed explanations. Feel free to go through our reviews, compare math models and features, and see if there’s a slot game that appeals to you!

The Book of Inti slot provides a new take on the popular “Book of” mechanics. It plays on 5 reels with 10 paylines and has some interesting features to help you win 5,500x the stake. Central to the action is the Free Spins feature where a bonus wheel will determine expanding symbols, extra spins, and symbol removals.

Step closer to the volcano and expect the unexpected - a chance for a big win on the volatile slot that is aptly named Volatile slot. The game has ten paylines and the capacity to deliver aggregate multipliers of up to x64, a free spins bonus and two types of wilds.

In the Star Gods slot, you can join the gods for an exciting reel adventure. A game of 3 reels, 5 rows and 10 paylines can trigger expanding wilds, respins and has two top paying symbols of 10x and 30x that can be substituted by the wild.

The Dream Machine slot plays on a 5x3 grid with all pays system. It will take you to the Dream World where you’ll benefit from 7 different bonus rounds. At any point, the Dream Machine can award 4 different modifiers. Or, you can land 3 scatters and explore 3 different worlds to win the biggest payouts.

The Gods of Power slot plays on 5 reels, 4 rows, and 25 paylines. The game features the most powerful gods that deliver exciting features. There are 3 bonus rounds, each one with 3 levels, which makes the game appealing to both new and regular players. The more powerful your God the bigger the payouts.

All games developed by Golden Rock Studios are with mobile gameplay in mind and optimised to work on different platforms. Thanks to HTML5 technology, you can play games from this provider on any mobile device and any operating system. The gameplay will automatically optimise to your smaller screen so you can experience the same gameplay on the go.

Golden Rock Studios has proven that it’s capable of delivering high-class slot games that cater to all types of players. Even if the company has a small number of products at the moment, we believe that it’ll continue to produce quality games with more innovative features and high payouts.

We suggest that you try some Golden Rock Studios slots, whether in demo or real-money version and see for yourself!

What are the most popular Golden Rock Studios slots?

Some of the most popular slots from Golden Rock Studios include Book of Inti, Volatile, Star Gods, Dream Machine, and Gods of Power. Check our review for further details on these titles.

All games developed by Golden Rock Studios are with mobile gameplay in mind and optimised to work on different platforms. Thanks to HTML5 technology, you can play games from this provider on any mobile device and any operating system. The gameplay will automatically optimise to your smaller screen so you can experience the same gameplay on the go.

What features do the Golden Rock Studios slots include?

There are dozens of online slots, as well as a couple of casino games including blackjack and roulette. All Golden Rock Studios games include features like free spins, stacked wilds, Hold & Win, retriggers, expanding wilds, tumbling reels, and more.