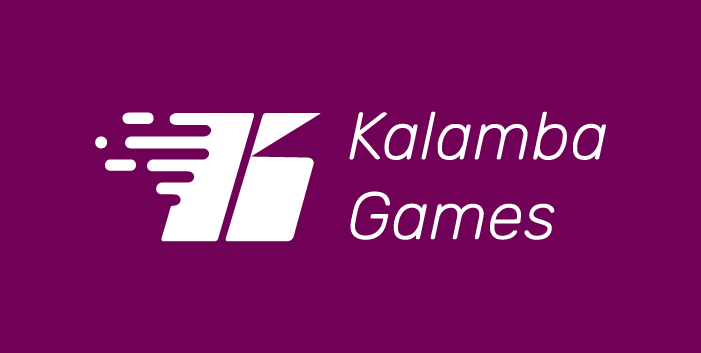 .Kalamba Games’ growing team has been successfully developing slots since 2016 using their profound knowledge of the industry. The team combines the use of the latest technologies with market and product insight in order to deliver great slots.

Everything You Need To Know About Kalamba Games Group

Our Verdict on Kalamba Games

Even though they exist only a few years on the market, Kalaba games have delivered great slots so far and their portfolio is growing. Their team is constantly growing and aim to apply their knowledge and insights of the industry in their products done with the latest technologies.

Kalamba Games has different slots. Stake prizes may vary, but we can notice the domination of the large ones, along with the innovative features like K-Boost, K-Cash and others. The RTP of the slots may also vary, but it is mostly above the industry average of 96.0%. Below you can find some of the top Kalamba Games slots, which we have also reviewed.

Kalamba Games was established in December 2016. This Malta-based company also has offices in Krakow, Poland. Kalamba Games aren’t only focused on themselves as a company, as they aim to make partners successful in attracting and retaining their players.

The company is incorporated under the laws of Malta holding a Malta Gaming Authority license. Using several levels of encryption technology and other safety methods, they prove the security of the players is a priority.

The provider hasn’t received some significant rewards until now, but it was shortlisted and nominated several times at some competitions. The two most important nominations were in 2018 at the B2B awards when it was nominated for Innovation in Slot Provision and Software Rising Star category.

Kalamba Games are a relatively new provider, but their mission of providing games that make partners successful is what makes them stand out from the crowd. It shows how conscious they are about the importance of their partnerships as on the other hand, they make the provider also successful.

Kalamba Games focuses on video slots with 46 games in their portfolio. They consider that having compelling themes and innovative mechanisms is how they can bring an excellent gaming experience to the players of their partners.

This provider doesn’t have any other casino games in the portfolio, like, for instance, table games, but they have spiced up some of the slots with jackpot features. There are several such games, for example, Atlantis Thunder, and Ruby Hunter slots, where you can win great rewards if you trigger the jackpot.

As for the graphics, Kalamba Games slots are superbly designed with great colours and a clear outlook. Their themes are rich in element and never monotonous, with backgrounds that tell an interesting story. Sounds and animations are of high quality, while there is often some new fresh feature added to the gameplay.

When it comes to Kalamba Games slots RTP, we have great percentages there. Most games have it somewhere slightly above the industry standard of 96.0%, but there are also games with an RTP above 97.0%. As it varies, you can find something for everyone’s taste.

We mentioned earlier that Kalamba Games often innovate new features, to flavour their games. Well, this is one thing that makes slots even more interesting. Such features include K-Boost, K-Kash, K-Loops and more. Except for this, the remarkable designs and themes are what influence the playability of the games too.

Kalamba Games has a portfolio that constantly grows as its target is 12 slots per year. This shows consistency is its strength, along with innovation and creativity. We already mentioned great RTP, innovative features and themes that tell stories, and these might be the top three qualities players search for in slots.

In the last five years, several games became popular among players, but as new ones are released they replace them in their popularity. Still, here we provide the Kalamba Games slots that were significantly more popular than others.

Taking players on a diamond-shaped reel adventure, the Atlantis Thunder slot comes with free spins, three jackpot tiers and a hyper bonus. Played on 3600 paylines, this game has an RTP which can be over 97.0%, where the lowest is 96.6%.

With one of the most unique themes we’ve seen lately, Agent 51 slot comes with a K-Loops feature and free spins. The free spins come with many extras such as expanding symbols and multipliers. Alongside the above-average RTP, we have maximum potential wins of up to 5593x the stake.

Ruby Hunter slot is a gems-themed game played on a 6x5 grid with 3600 ways to win. Kalamba Games made it with free spins, where you can trigger one of the three personal progressive jackpots winning up to 1,000x times the bet. It has a great RTP of 96.65% and high volatility.

If you are up for a Megaways with excellent RTP, you can choose the Machina Megaways slot with a theoretical return to player of 97.42%. Here you can play for one of the three jackpots. Enriched with free spins and wilds this Megaways slot with up to 46,656 paylines, comes with low volatility.

Blazing Bull 2 as a sequel shows this title has been popular among players, so Kalamba Games decided to make another improved version. Here we have a K-Boost feature and an improved Free Spins Feature. Superbly designed, this game is better than the first in the series in its win potential, which here is up to 50,000x the stake.

As a provider who focuses on innovations and new technologies, Kalamba Games slots run smoothly on mobile devices. The provider is aware people use different operating systems, so they make their games optimised for Windows, iOS and Android. As long as you have an internet connection, you can enjoy their games directly from your mobile browser.

It is surprising how Kalamba Games, even though it has been only a few years on the market, has its own recognizable style. Each theme is amazingly backed up with an inspiring story, while it often adds fresh, new and unique features you haven’t seen before.

As it has a Malta Gaming Authority Licence, its games can be played in many trusted and secured online casinos. You can read our full reviews of several Kalamba Games slots on Slotswise.

What types of slots does Kalamba Games offer?

All Kalamba Games products are video slots, being 46 and they are growing. These slots have innovative features and fantastic backgrounds rich in elements. The provider makes them with excellent RTP percentage and great stake rewards.

What are the most popular Kalamba Games slots?

There are more Kalamba Games slots that have become popular over time, and there are also new releases that players like very much. Some of the titles are Atlantis Thunder, Agent 51, Blazing Bull 2, Machina Megaways, and Ruby Gunter slots.

Are the Kalamba Games slot secure?

Kalamba Games is using several levels of encryption technology and other safety methods to ensure that players are protected. Also, they are licenced with an MGA license which makes them safe.