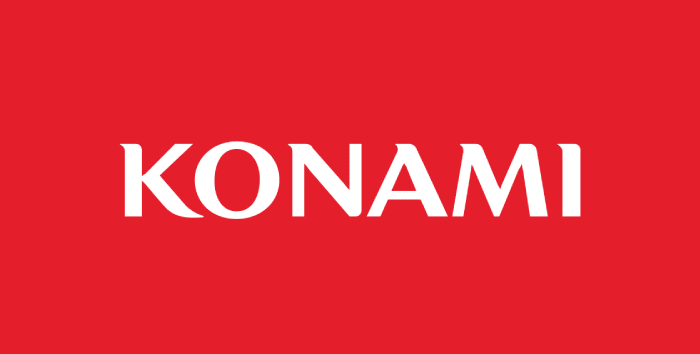 This Japanese company is a true titan of the gaming world. The company has existed for a very long time and it has certainly dominated the entertainment world to an unprecedented degree. Let’s take a look at all the things this company has introduced and accomplished, so you get a better idea of it.

Everything You Need To Know About Konami

Our Verdict on Konami

Konami is without a doubt one of the biggest companies in the gaming industry in general and it took the world by storm ever since it was established. The company excels in many spheres including video games, trading card games, as well as the iGaming industry, so there is quite a lot to explore.

Those who are not very familiar with the company’s casino involvement might have heard about its other ground-breaking contributions. For example, the Yu-hi-oh trading card game, which became a worldwide phenomenon. Read more about Konami below and get more familiar with this excellent software developer.

Konami is a Japanese company that was founded back in 1969, which makes it incredibly knowledgeable of the market with more than 50 years of experience. The company was established in the capital city of Tokyo, but it has since expanded and opened offices on other continents as well.

Konami is licensed to operate in most continents, which ultimately means that the company offers a great degree of quality. In North America, Konami is licensed in 48 states, and provinces, which include both Canada and the USA. They also have a licence in Australia, New Zealand, Peru, France, Panama, Greece, and many more countries around the world.

It shouldn’t come as a surprise to anyone that a successful and accomplished company such as Konami has received many awards for its great work. Plus, considering the fact that the company shows no signs of slowing down and continues to be just as innovative, there will surely be more awards in the future.

One of the greatest things that Konami has introduced to its casino games is the Casino Management System called SYNKROS. It allows operators to easily monitor and manage the games, plus it also includes special features such as the SynkConnect, which is used to track mobile accounts, the SYNK Vision that utilizes a biometric tracking system, and there is also the SYNK31, a sophisticated anti-money laundering system.

As we mentioned before, Konami as a company focuses predominately on trading card games, as well as video games, which are usually in collaboration with Play Station. This means that there are not that many casino games in their portfolio, in fact, according to sources there are about 40 games in total, give or take.

It seems that the developers at Konami have decided to focus only on video slots for now, which unfortunately means that you will not be able to find any table games such as blackjack, baccarat, or roulette. Maybe they will decide to venture out in the future and expand their portfolio will more types of casino games.

Konami also has surprises for the seekers of the jackpot thrill. There are several exciting video slots that offer the possibility to trigger fun bonus features, which also come with the chance to win a massive fixed jackpot, which can be a huge boost to your balance.

When creating the video slots, it doesn’t seem that the developers put too much attention or creativity into the appearance of these games. The visuals are not bad, but compared to the video slots created by some of the leading casino games developers, they are somewhat underwhelming. They do have good graphics, which makes the gameplay both smoother and clearer.

It is always easier when developers stick to a certain RTP value or a range of values for their games, but it seems that that is not the case with Konami. The RTP rates of the video slots can be both above and below the industry average, which is why we recommend checking this value before you start playing the game.

The games are quite interesting in terms of their themes, which include mythology, Asian, gems, fantasy, and so many others. Despite the relatively low number of video slots, most players will still be able to find something that fits their preference and fully enjoy the entertainment value that these games offer.

In terms of the gameplay, there is not much to be said, as the games seem to generally employ the so-called typical way of playing, where winning combinations are achieved across standard-sized layouts. The games do however have great bonus features to help you out in your endeavours and potentially reach the top prizes and jackpots.

Red Fortune slot is a simple, yet fun game that revolves around the Chinese theme. The game is predominately red, which symbolizes luck in Chinese culture, plus there are several great bonus features that can also be quite helpful in your endeavours.

As the name suggests, the Apollo slot will put you in the company of the Greek god Apollo, who can help you win incredible prizes. The game takes place on Olympus, and despite the rather dated graphics, you are still in for a really fun experience with many potential prizes.

Ancient Dragon slot is a rather interesting video slot, which focuses on elements from Asian cultures. The game comes with an interesting layout that consists of 5 reels and there is a 4-5-5-5-4 row formation. It makes the gameplay a bit more fun and there are also great prizes to be won as well.

African Diamond slot will take you to the gorgeous African jungles, where wild animals and native people await on the reels and can help you win amazing prizes. The visuals of the game are great and there is a relaxing atmosphere as well.

The Asian theme seems to be prevalent and China Shores slot will take you to a think bamboo forest where the reels are full of symbols that relate to Chinese culture. It is a rather simple and straightforward game that offers a tranquil and enjoyable atmosphere.

Like all the serious software providers, Konami also employs the state of the art HTML5 technology, which makes it possible to play these games even on smaller devices such as tablets and smartphones. Simply open the game directly in the browser of your preferred device and start spinning the reels and earn great prizes.

Konami is definitely a force of the gaming industry and it seems to be becoming a big name in the iGaming industry as well. There is no doubt that the company has knowledge of the market and the players, which is essential in succeeding in this business. On top of that, the company is also very innovative and developed its own system for monitoring and control.

The games on the other hand still may not be on par with the ones created by the leading developers, but they do offer great gaming experiences that come with good visuals, interesting bonus features, as well as many potential prizes.

What types of slots does Konami offer?

The company seems to focus only on video slots for now, but maybe in the future, they will decide to include other types of games too, such as table games, or even poker.

Which are the most popular Konami slots?

Konami is a titan of the industry and has acquired licences in North America, Europe, Australia, New Zealand and more. This proves that the company offers both quality and security.

Yes, all of the games are made with modern technology that allows you to play these games even on smaller devices, as long as they run on the major operating systems.