Playson is one of the software developing companies that shape the online gaming industry around the world. Being founded in relative terms recently, in 2012, the company has dished out more than 50 online and land-based casino slots. They have grown to such prominence that now they require more than 250 staff to keep up with their good work and with the demand for their products. Not to take any chances, the Malta-based Playson slots have maintained collaborations with several companies in the industry such as 1x2 Gaming, Quickfire, Bet Construct and Leander Gaming. All of their slots feature high definition graphics, top of the line statistical outcomes that are in line with the regulations that are prescribed by the gaming authorities, and they make all of their games HTML5 so that they can play both on desktop and mobile devices.

Their games are HTML5 enabling cross-platform availability and the style of the themes varries from one game to the other. In that respect Playson really have a huge selection of different games and that means they are ready to aim for new heights and perhaps surprise the online casino circuit with a new favourite that will replace Starburst and Double Bubble. But even if they don't manage to produce an online Playson slot of that capacity, their titles will always be featured because they offer exciting gameplay and thrilling action that has the potential to deliver good payouts for the players. 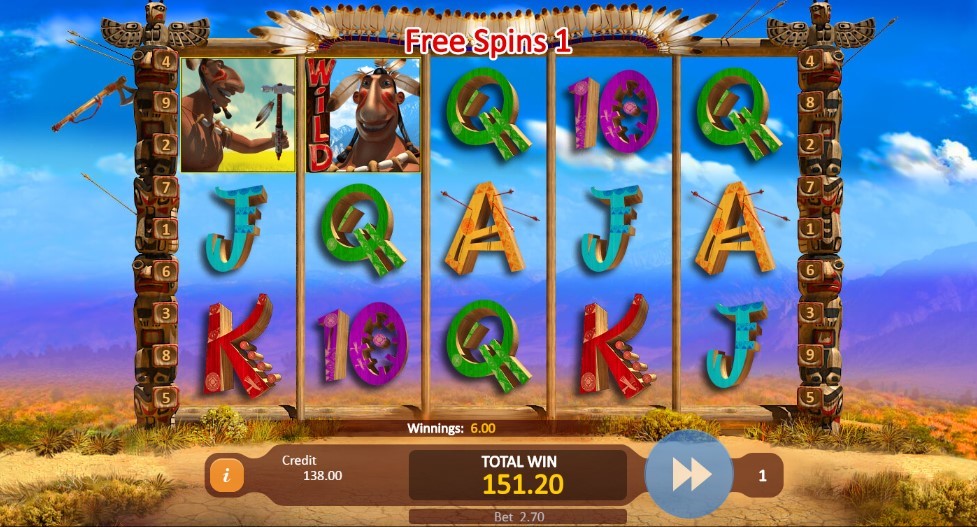 Just like we said, games made by Playson are diverse across a spane of themes and fittingly, they are made with attention to detail, excellent graphics, and even solid musical scores. Let's take a look at a number of titles that have left an impression at SlotsWise.

This aviation-themed slot takes the subject for a flight on an alternative storyline where the crafts are old-school and the pilots are bold. There is a dirigible besides the aeroplane-themed cards numbers and letters. The woman pilot looks confident that the sky is all hears, while the inventor is busy in store to deliver an improved machine. Combined, these symbols deliver interesting cash prizes which are be reached by way of in-game spins and the Skyway slot Free Spins feature which grants 16 free spins for landing only three of the scatter symbol.

This no cards symbols online slot features the animals and fruits of the taiga - the vast expanse on the Russian landmass which is famed for being pristine and abundant in wildlife and vegetation. The slot gives of a calmness that one gets accustomed to. The symbols are bears, squirrels, raspberries, blueberries, apples, mushrooms, wolfs and other animals playing on a smallest bet of only 20p and a top bet of 100 quid. Three bonus symbols reward just five free spins, but double the winnings. 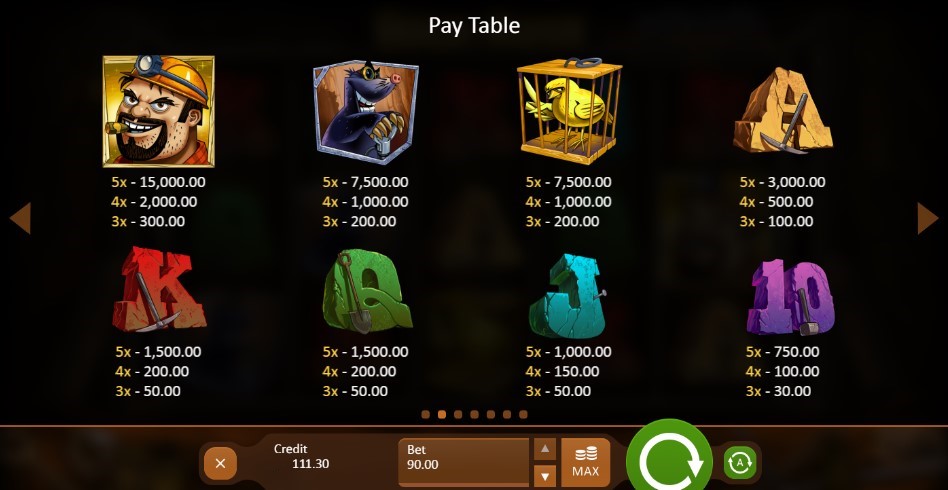 This is one of their more famous titles and it is all owing to the symbol of a guy with a helmet and a scruffy beard. He is the head miner and he can deliver a jackpot of 15,000 coins times the winning wager, when offering the biggest stake. Even without landing five of these symbols, you can still get a wild symbol and make five with the strange possum miner which grants 7500 coins. The same amount is paid by the colloquial canady in the gold mine. It is worth noting that these top payout amounts could be gotten on the Gold Rush Slot biggest bet, which is £90 per spin, while or most other slots for such payouts need to receive a stake of £250 or more.

This is one of Playson's more famous titles that revolves around an unlikely family that is as generous with their money as they are generous with the scaries that they treat their neighbors to. The Dracula's Family slot is filled with reel action on five reels and three rows. The top payout is not that great compared to Gold Rush but this game has more than one bonus feature which includes the Mad Multiplier mode, which could potentially bring those high paying symbols to a higher level by multiplying all payouts by 5.

This game is exception for the huge payouts. The Wild symbol delivers a walloping 50,000 coins times the winning wager when landing five. Getting that amount in one instance may be a little bit harder than usual because that symbol is the Wild and it can't substitute for itself. The next top paying symbol is the Totem, which is a scatter and it also can't receive the Wild as a substitute in a payline.  Still, even if you don't land any of these symbols on the maximum bet of 90 pounds per spin, you would settle for the Native Teepee symbol which delivers 10,000 coins times the bet or the Eagle symbol which is 5000 coins. This game is available at a number of online casino and it being on your list of favourites is something to be considered. You can claim your welcome pacakge right from this page and go on to search for the Wild Hunter slot at SlotsWise.

The Maltese company Playson has delivered more than 50 online and land-based casino slots in just about five years since they became active as a company. All of these slots are tailored in the same fashion when it comes to the reel-set and controls. Every single game follows the same layout which helps for consistency. What is even better as a feature is the fact that almost all of the games have a top bet of £90 pounds, yet, the top payouts can be as much as £50,000 on that same bet. This is unheard of at other developers who keep the top payouts available only to those who are ready to dish out bets of £200, £200 or more per spin.

Check out our casinos for any one of these games and enjoy some of Playson’s top paying titles.