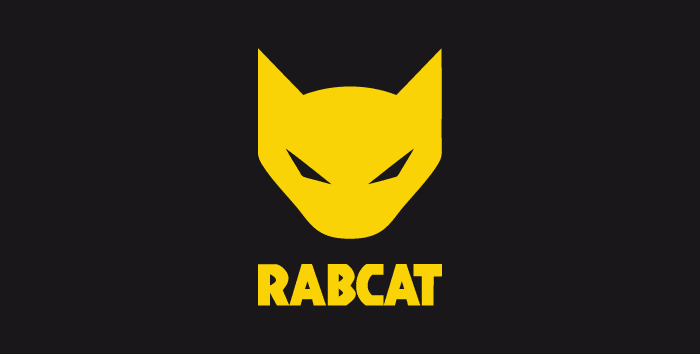 Rabcat is an excellent European developer that has a long career behind it, which has allowed it to learn the ins and outs of the iGaming industry and produce games of the highest quality. Their games are played in casinos around the world and you can check them out right here on SlotsWise.

Everything You Need To Know About Rabcat

Our Verdict on Rabcat

Rabcat is an incredible company that consists of 50 gaming experts from 8 different countries and they are constantly coming up with something new and exciting for its players. This company is aiming for global success and it is definitely on the right track, as they have worked with some of the biggest names in the industry.

With Rabcat, you can find some truly spectacular games that offer stunning visuals and superior graphics. You should read on if you want to learn more about the accomplishments of this company, or you can jump straight into playing the incredible slots we have on offer.

As of 2021, Rabcat has been an active and productive member of the iGaming industry for two decades. This Austrian company was founded in 2001 in Vienna, and that’s still where the main office and headquarters is.

Rabcat operates according to all the rules and regulations of the market and because of that, the company has been approved and licensed by the UK Gambling Commission, which is one of the most reputable jurisdictions in the world. This also serves as proof of Rabcat’s quality.

In terms of recognition and praise, Rabcat has received several awards over the years and has also been nominated many times. In 2011 they received the award for Best Slot of the Year for their Castle Builder slot, and the company was also nominated for the Best Game of the Year award in 2013.

As they say it themselves, Rabcat would not be as successful as it is now without its partners, which are some really big names in the industry. Rabcat’s B2B platform partners are Austrian Lotteries, Microgaming and Yggdrasil YGS Masters. It’s not easy to become partners with such industry giants, which is proof that Rabcat has something special in-store.

As far as the size of the Rabcat game library is concerned, it’s not that big. On their website, they offer about 20 video slots, which is not a rich portfolio in terms of quantity, but the quality of the games is on a whole other level.

The main focus of Rabcat is of course video slots, which is what you will find on their official portfolio. On top of that though, the company has also created several video poker games, as well as table games.

Unfortunately, although its partners are known for making several jackpot games, Rabcat still hasn’t ventured out into that area of the industry. In other words, you will not be able to find any jackpot games in its portfolio, but maybe there will be some in the future.

One thing that Rabcat is prioritizing is the quality of its games. All of their video slots offer graphics and designs that are rarely seen in the industry. You will get to experience realistic and 3D visuals that make every game seem like a cinematic masterpiece. Plus, you get incredible soundtracks to go with it.

The RTP aspect of the games is also very satisfactory. Most of the games come with high RTP rates, which make them a great choice for players. There are only a couple of games that offer below-average values, but this difference is barely noticeable.

With Rabcat you can be certain that you are getting incredibly entertaining games, not just because of the spectacular 3D visuals, but also because of how unique and thrilling the themes are. You will get to immerse yourself in really exciting themes, which include everything from mythology to medieval times, and even fantasy games.

The video slots from Rabcat offer exciting plots, that’s for sure, but they also come equipped with some amazing bonus features, which can be very helpful in reaching the top prizes. On top of that, there are certain games such as Castle Builder in which you will get to experience dynamic gameplays that involve more than just spinning the reels.

Some of the most popular titles by Rabcat include Castle Builder 2, Dragon’s Breath, Nikola Tesla’s Incredible Machine, Sherlock of London, and Crystal Rift.

The Castle Builder 2 slot is the sequel to the award-winning first instalment of this game. In this version, you will once again get to experience the fun gameplay that involves collecting materials and building castles, plus it comes with higher volatility and bigger prizes.

In the Dragon’s Breath slot, you will get to spin the dragon-guarded reels and take some of the dragon’s treasure. This game offers a really exciting fantasy-themed atmosphere that will captivate you from the very beginning, plus there are excellent bonus features and potential rewards.

With the Nikola Tesla’s Incredible Machine slot, the design theme has definitely done a spectacular job. In this game, you will get to join the world most famous inventor just in time for his latest breakthrough. The visuals are fantastic and there are many bonus features you can take advantage of.

Just like the rest of the Rabcat games, the Sherlock of London slot offers impeccable visuals and a great plot. The world’s most famous detective requires your help to solve a mystery and catch a criminal, for which you will be handsomely rewarded of course.

With the Crystal Rift slot, venture into a dark cave, which is full of all sorts of rare and precious crystals that can bring you massive prizes. There is a really immersive atmosphere that will keep you entertained throughout the whole game.

A great thing about Rabcat is that it provides multiple ways to play its games. The games are made with Flash technology, so you can choose to download and play them, but they are also made with sophisticated HTML5 technology, which allows you to play them directly in the browser of your desktop computer, tablet or mobile, without the need for downloads.

This Austrian company may not have the fame and the lengthy portfolios like some of these other industry giants, but it certainly has top-notch quality. The company gained its bigger success with the Castle Builder slot for which it also won an award. Now, Rabcat works with some of the biggest names in the industry and is achieving more and more success.

If you are looking for more visually pleasing games, which also offer incredible gameplays full of bonus features and many worthy prizes, then Rabcat is a perfect choice.

Here at SlotsWise, we have a great selection of video slots by this amazing company, so check them out yourself and enjoy the incredible things they offer!

What types of slots does Rabcat offer?

Video slots are the main focus of Rabcat, although they have also created video poker, and several table games, for the players who prefer those.

Which are the most popular Rabcat slots?

Castle Builder 2, Dragon’s Breath, Nikola Tesla’s Incredible Machine, Sherlock of London, and Crystal Rift are considered to be some of the more popular video slots, which are highly demanded.

Rabcat works by the strict rules and regulations of the market, which is why the company has been licensed by the UK Gambling Commission. All of their games are completely secure and safe to play.

You can download the Rabcat games and play them that way, or thanks to the HTML5 technology, you can also play them directly in the browser of any Windows, Android, or iOS device, with the same amazing visuals and gameplay.