Treasure slots are very common in online gambling and Treasure Mine is one of the more interesting slots within the theme. Playable from 10p a spin, it comes jam-packed with wild features and additional bonus features that just add to the quality of the game. Red Tiger Gaming has probably done this to both make the gameplay more interesting and give its players a chance to win some of the prizes on offer. 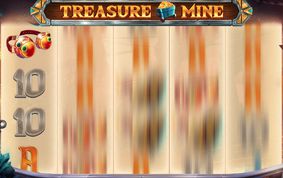 Treasure Mine by Red Tiger Gaming was released back in 2014. If you’re looking for a classic slot game with a modern twist, you will probably find Treasure Mine slot quite entertaining. If you want to get all the details about this slot, read our review all the way through.

The action is set in a treasure mine, which doesn't come as a surprise to us because after all, that’s the name of the slot game. Treasure Mine slot features four rows, five reels and 40 paylines. You will see quite a few mining-related symbols on the reels, including a lamp, a drill, a hammer and more. You will also see a lamp placed on the right side of the reels, as well as other thematic objects. The music is quite cheerful, perfectly suitable for a casino slot game. It doesn’t matter whether you’re playing demo slots for fun, or Treasure Mine slot for real money, the visual effects and the overall outlook of the game are just the same.

The whole design of Treasure Mine is to make you feel like you are inside a gold mine. At the bottom of the page, the railway of the mine mini cars is visible, and we can see some lights on the sides, typical for a Treasure Mine. The reels are positioned in the middle and although a small portion of the background is visible, they take most of the screen. 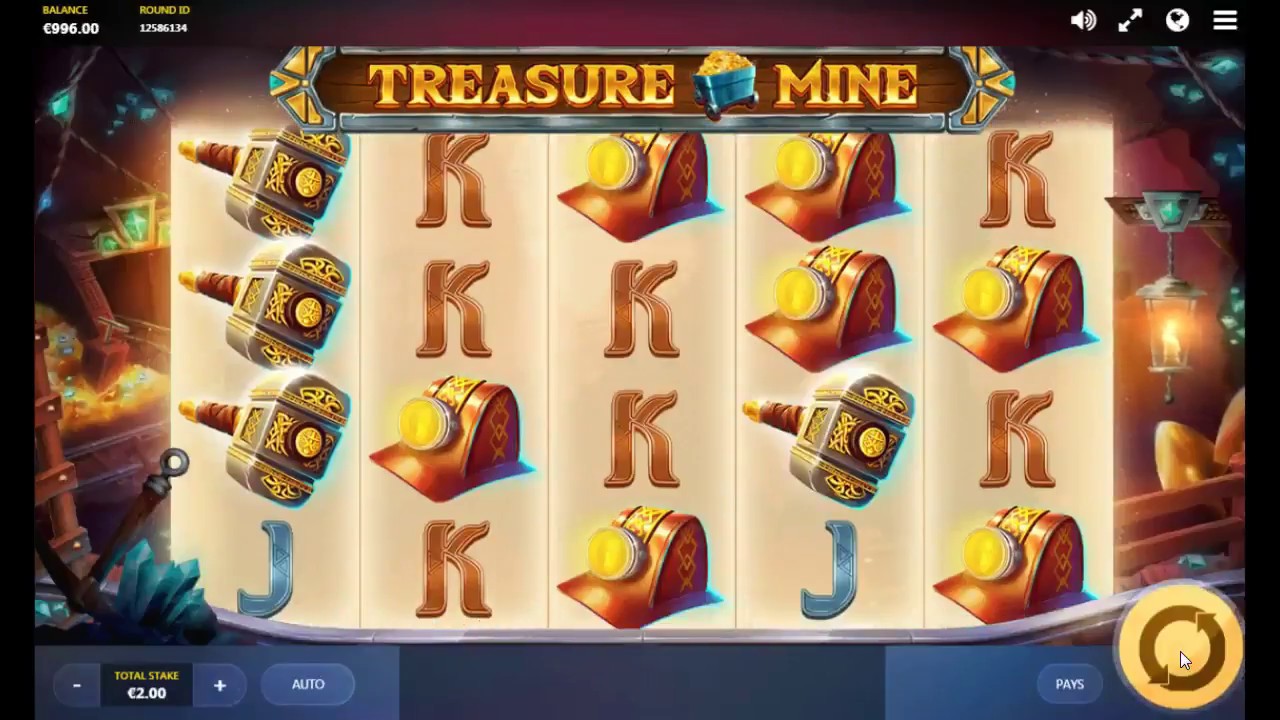 How To Play Treasure Mine Slot

As with all other online slots, in order to place a wager, you will need to choose your stake and then you can press the ‘Play’ button placed in the bottom right corner, right of the rightmost reel.

You can set your wager via the + and – buttons placed on both sides of the Total Stake. The minimum amount that you can wager on Treasure Mine slot is 20p, but you can wager up to as much as £60 per spin.

Even though the minimum stake is 20p, this game features 40 paylines, and all paylines pay if a combination of multiple instances of the same symbol are arranged from the leftmost towards the rightmost reel.

Of course, if you’re playing free video slots online you won’t have to make a real money wager, you can try out the game for free and see how you like it.

There’s an Auto button which gives you an opportunity to set the game to run automatically without you having to press the spin button each time. If you press the Turbo button the reels will spin a lot faster.

How To Win Treasure Mine

In order to win Treasure Mine slot you will need to get a minimum of three instances of the same symbol across a single payline, from the leftmost towards the rightmost reel. This game features five low-value symbols – 10 to A, and four symbols that are more valuable.

The minimum amount that you can win in Treasure Mine slot is 12 coins for a combination of three 10s or three Jacks. The maximum possible win from the standard game symbols is 240 coins and that prize is awarded for a combination consisted of five hammer symbols.

In addition to the standard symbols, Treasure Mine also features a Wild that can replace all other symbols. And that’s not all, if you get a winning combination consisted only of five wilds in this Vegas slot, you will be awarded 320 coins, which is the highest prize in the main game.

Once you land these two in the same spin, the Dragon Wild will shoot fire at the Redbeard Wild, and the latter one will leave the screen trying to escape. Obviously. As he leaves the reels he will leave a trail of wilds which new extra wilds will appear and the chances to win are awesome.

The dragon symbol will breathe fire to the treasure chest and push it out of the screen. As he leaves, he will turn every symbol he touches into a multiplier one.

Redbeard jumps on top of the treasure, rides it and fools around as Treasure Mine awards the players some awesome prizes found inside the treasure. 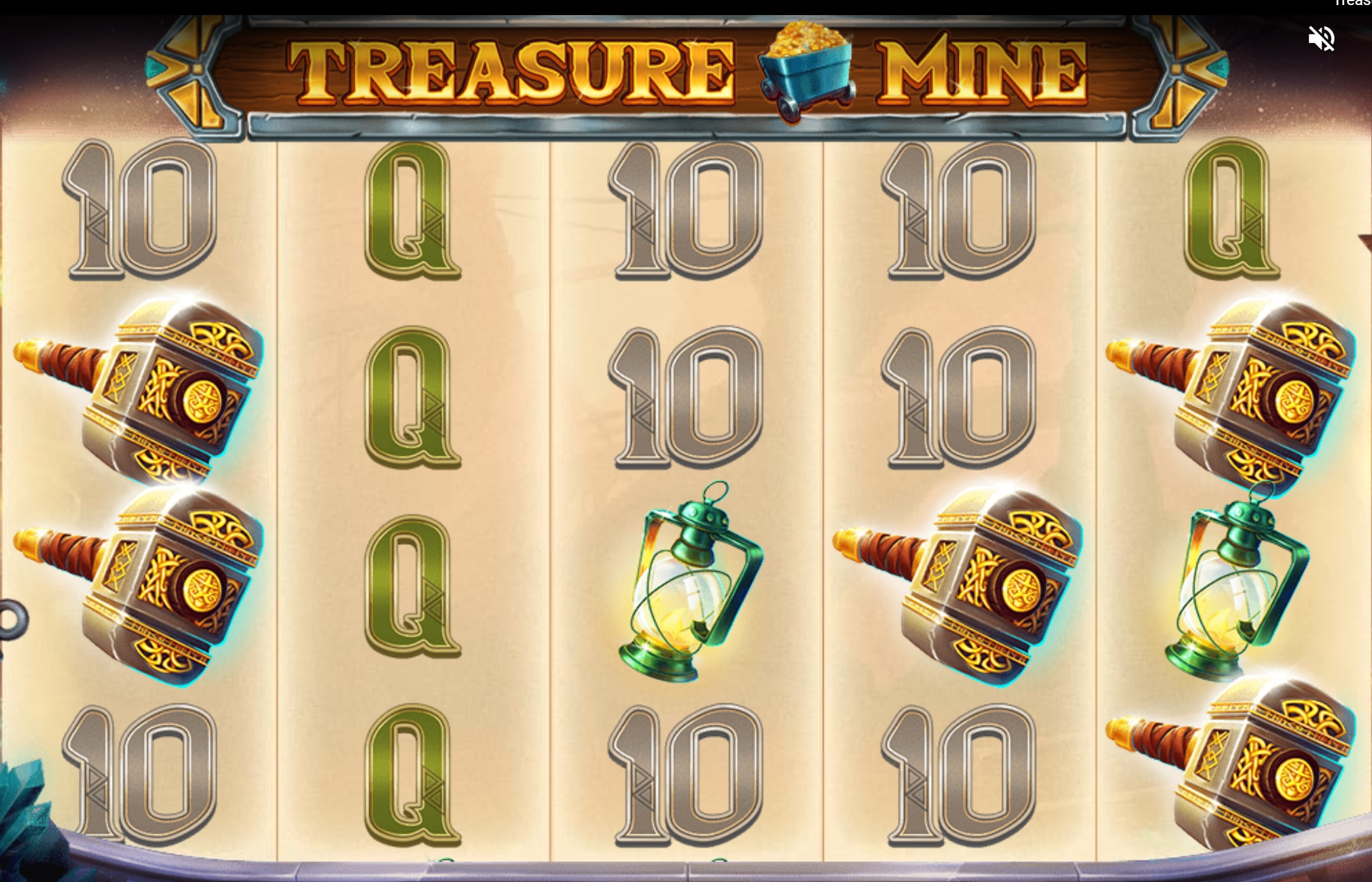 Treasure Mine is an online video slot, but it is not a progressive jackpot at all. Some people mistake it for a progressive slot because it offers players excellent payouts, which could be considered in-game jackpots on its own. If you want to find out the highest payouts in the game, as well as other useful information, go for the game’s paytable.

As with most online video slots, landing the highest payouts is a matter of luck. Since the slot is not a progressive jackpot, it is not possible to find a list of jackpot winners. However, what you can find is some slots site or online casino that displays information on recent winners and some of them might have won on Treasure Mine online slot.

The reality is that there are not that many if any, online casinos and slots sites that list players who have won the highest payouts in a single online slot. However, this doesn’t mean that there are no such sites out there. It just means that you haven’t come across such a site. All it takes is time and you’ll probably find one eventually.

Several software providers have been inspired by this theme and created their own mining slots. The most popular mining slots are Diamond Mine and Dwarf Mine. Click on the links above, if you want to read our full reviews on these games.

Our Treasure Mine Review

Treasure Mine is an amazingly interesting game with a unique bonus feature, original design, and exciting gameplay. It is not surprising that there are so many games looking to explore this Treasure Mine.

Treasure Mine slot is available at many of our featured sites, so if you would like to play it, register with one of our partners, claim your bonus and you can start playing this slot right away!