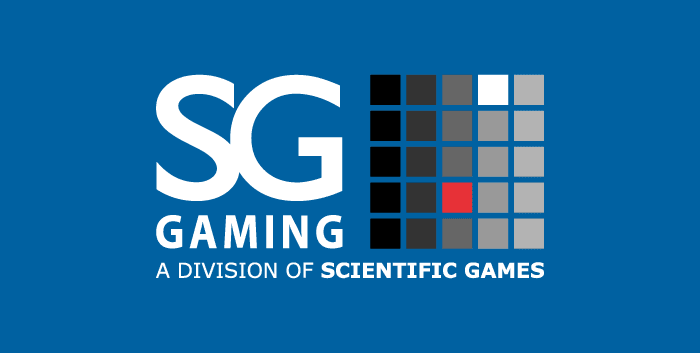 Scientific Games is a software developer which is extremely successful and well known in the iGaming industry. This is in part because of their incredible video slots, but also because this company is among those that have been around the longest. Read on and learn all about it. Also, make sure to check the best Scientific Games slots at SlotsWise!

Reign of the Mountain King

Reign of the Mountain King

Arthur and the Round Table

Arthur and the Round Table

Everything You Need To Know About Scientific Games

Our Verdict on Scientific Games

Scientific Games is a really ambitious software developer, which is known for being very innovative. This company started its story more than 40 years ago with lottery, and since then it has drastically expanded to cover almost all aspects of the iGaming industry, including of course a long list of exceptional video slots.

If you want to learn more about this fascinating company and everything it has accomplished over the years, as well as what if has to offer to its players, then you should continue reading this in-depth review and see if Scientific Games should be your next gambling experience.

When we say that Scientific Games has been in the industry for a very long time, we are not exaggerating. The company was established back in 1973, and by the very next year, it had released its first instant lottery. This is a US company that operates from the gambling capital of the world, Las Vegas.

The Scientific Games Company we know today is a combination of two UK companies called Global Draw and Barcrest. Both of them were licensed by the UK Gambling Commission, which has since then passed onto Scientific Games, which means that the company has one of the most reputable licenses in the world.

Scientific Games’ incredible work has been recognized countless times so far, as they have received numerous recognitions in all sorts of award ceremonies around the world. In 2020 for example, the company won the Platform Provider of the Year award at the SBC Awards. You can find the full list of their accomplishments here.

Furthermore, in 2021, Scientific Games' Gremlins: Time To Tumble Slot was nominated for The WOW Slot 2021 Award at the SlotsWise Gaming Awards!

The extensive and detailed knowledge of the market and the players’ wishes is what makes Scientific Games such an incredible company. On top of that, their long involvement in the iGaming industry has allowed them to be both innovative and influential.

Because this company has been a part of the industry for more than 30 years, it’s hard to determine the exact number of games it has created and released, but one thing we can say for sure is that it is certainly a big number.

Scientific Games’ portfolio consists of all kinds of games, as you could probably guess by now. We already mentioned that the company started out in the lottery field back in 1974 and they still continue to do that in more than 50 countries worldwide. However, they also produce video slots, Slingo, and table games such as roulette and poker.

On top of that, Scientific Games also offers a number of games in which you can win really worthy jackpots. The company has integrated BlueRibbon’s customisable jackpot solution into some of its games, and there is also the Hot Hot Jackpots series as well.

A really interesting thing about this company is the evolution of its games, especially when the video slots are concerned. The slots that Scientific Games had created in the past were of course of lesser quality in terms of graphics, but the games that come out today are on a completely different level and they offer great visuals and exceptional graphics.

Another thing you will be pleased to know is that most of the slots by Scientific Games offer a high theoretical RTP value. They are capped above the industry average and they can go as high as 96.70%. There are of course some exceptions to this rule, for example, the branded Gremlins slot, which has an RTP of 89.47%.

As far as the entertainment value of games is concerned, the lengthy portfolio of Scientific Games covers all sorts of themes, which means that you can easily find a game that suits your preference. Whether that’s a Native American theme, a mythology theme, or anything else you can think of. Plus the great visuals are very immersive and enjoyable.

If you are a fan of more complex and dynamic styles of playing, do not worry, because Scientific Games has a lot of video slots that employ different kinds of gameplay. One of the most popular is of course the Megaways engine, which offers a more unpredictable and thrilling set of rules.

Some of the popular Scientific Games slots include: Lady of Avalon, Yanaha’s Rite, Raging Rhino Megaways, Monopoly Utility Trails, and Arthur and the Round Table.

The Lady of Avalon slot is not as recent as the other games on this list, but it is certainly just as entertaining. You will be transported to a magical world full of castles, horses and princesses, where massive prizes are just waiting to be collected.

The Yanaha’s Rite slot is a really incredible and immersive game that will get you more familiar with Native American culture. The stunning visuals are combined with free spins, modifiers, and an incredible maximum prize of £250,000, which is definitely worth playing for.

The Raging Rhino Megaways slot is the upgraded version of the original game. In this version, you will get to enjoy the wild animals, but with much better visuals, as well as graphics, and the incredible Megaways engine offers a great deal of entertainment.

The Monopoly Utility Trails slot is based on the number one board game in the world and it comes with really fun gameplay where you will get to play on a big layout and create wins through the cluster pays mechanic. There is also the cascading system for more potential wins.

Arthur and the Round Table Slot

With the Arthur and the Round Table slot, you can revisit the story about the sword in the stone and immerse yourself in the great plot of this game. You can take advantage of free spins, wild symbols and much more, which can all help you reach the maximum potential prize of 5,000x the stake.

You can also experience all of the games on smaller devices such as tablets and smartphones. This is made possible thanks to the state-of-the-art HTML5 technology, which makes all of these games compatible with the major operating systems like Windows, Android, and iOS. Smooth gameplay is guaranteed, regardless of the type of mechanic or the visuals.

Extensive experience doesn’t always mean quality, but luckily, that doesn’t apply to Scientific Games. This long-lasting company has proven itself time and time again in almost every field of the iGaming industry, and the developers have successfully used their knowledge of the market is improving and perfecting their craft. This is evident from the incredible number of awards the company has received over the years.

As we already explained, Scientific Games is one of the oldest companies in the industry and looking through its portfolio and its accomplishments over the years, you can see the way the company evolved and kept up with all of the trends and latest technologies. If you are looking for quality video slots, then we strongly suggest you give Scientific Games a chance. You will not be disappointed.

What types of slots does Scientific Games offer?

Scientific Games started out with lottery and now offers all kinds of games including video slots, slingo, and numerous table games, such as poker and roulette. Everyone will certainly be able to find something that fits their preference.

Which are the most popular Scientific Games slots?

This company has countless successful video slots, such as Lady of Avalon, Yanaha’s Rite, Raging Rhino Megaways, Monopoly Utility Trails, and Arthur and the Round Table.

Scientific Games holds a license by the UK Gambling Commission, which is one of the most reputable licenses in the iGaming industry. This means that there is no need to be worried about the safety of these video slots.

All of the Scientific Games slots are made with HTML5 technology, which makes them compatible with all devices that run on Windows, Android, or iOS operating systems. You can enjoy them on smaller devices with no issues.