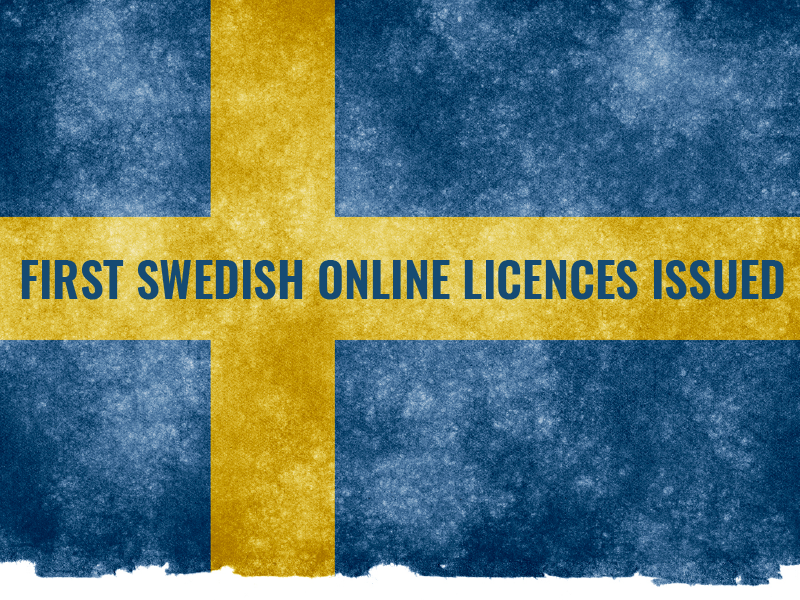 The Swedish online gambling market is not going to be unregulated anymore. The state authority has awarded the first online casino licences. A dozen companies will be allowed to offer their services to Swedish players. It appears that the Scandinavian market will keep on growing in the upcoming period. Last time we talked about NetEnt and how they entered the Danish market, this time our focus will be on Sweden. All operators that were issued a licence are eager to start, and they will be able to offer their services since January 1, 2019.

With only a month to go, both operators and regulators are getting ready for the transition, so let’s have a look at the details, before we give you a bit of a recap of the online gambling history of Sweden.

A lot of high-profile international companies, some with a strong presence on the UK market, have also been issued a Swedish online gambling licence. GVC Holdings and bet365 are among the few operators that have been granted a licence. In fact, more than few brands owned by GVC have been licensed, including bwin, Party Poker and Party Casino.

Operators that have already been active on the Nordic market, such as Betsson, Kindred, Casumo and Leo Vegas are also among the licensed companies, as well as SkillOnNet, Tombola and few more. AB Trav och Galopp, also known as ATG has also acquired a gambling and betting licence. This company was the only horse racing operator in the country in the past.

A total of 95 applications were received and most of them were for online betting and gambling. The application processed was opened this year in August. However, the regulator stated that this is not the total number of operators that could be allowed to operate in Sweden in the future, adding that it is possible for an operator to operate multiple casino and betting brands under a single licence.

The chief of the Lotteriinspektionen, Camilla Rosenberg said that one of the main aims was to enable companies that are already on the market to operate legally, now under a licence. She further stated that this is a historic day for the industry in Sweden. The special commission formed by the Lotteriinspektionen will keep going through the applications in the upcoming period.

One of the key reasons why Sweden chose to regulate its market was the pressure from the growing offshore market. The Parliament passed a bill which includes provisions on international operations, responsible gambling, fees and many other crucial aspects.

Operators had to pay slightly less than £35,000 for a licence, whereas companies that want to operate both a betting and a casino brand will need to pay almost double that, i.e. slightly more than £60,000.

Until now, online gambling was technically legal in Sweden, but they state operator had a monopoly. However, other operators were also present. From now on, everything will be regulated which will make things a lot easier both for operators and players alike.