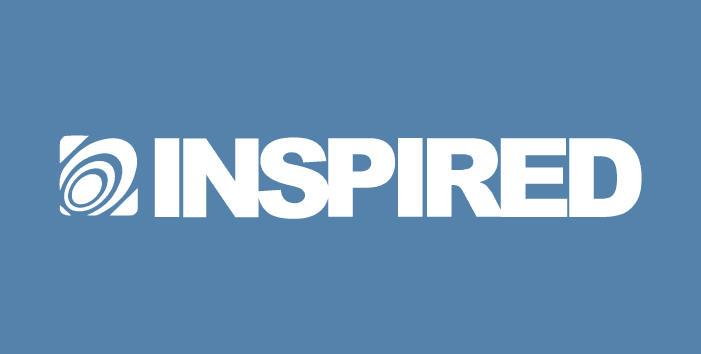 INGG is an excellent provider of not only video slots but also many other incredible gaming solutions that will certainly catch your attention. Let’s dive into the details and the accomplishments of the company, so you know exactly what’s in store for you.

Spirit Of The Samurai

Spirit Of The Samurai

Everything You Need To Know About INGG

INGG is also known as Inspired Gaming and is a very successful software provider that deals with many different aspects of the online casino industry, including gaming terminals, as well as online video slots. The company offers many gaming solutions and incredible gaming experiences to its players, hence the popularity and success.

Over the years, INGG has established itself as one of the leading software providers and the countless number of highly-demanded games it has released is only further proof of that. Read on to learn more about what this incredible company has to offer to its players.

INGG is a UK provider that has been a part of the iGaming industry for about 2 decades now. The company’s inception was back in 2002 when it was founded in London and then it continued to expand and penetrate more and more markets around the world.

The company is present in many markets around the world and is licensed in around 35 jurisdictions, including China, North America, Latin America, as well as many European countries. In other words, the fact that the company has managed to be certified in so many places means that you can look forward to incredibly high quality as well as security.

The amazing work of this company and the people who work there has not gone unnoticed and it resulted in INGG receiving several prestigious accolades and recognitions, which certainly made it even more popular and recognizable among both players and operators. Considering the company’s work ethic, it might win more awards in the future as well.

One thing that is particularly interesting about INGG is the Virtual Sports platform, which provides gambling options with such realistic sporting experiences that it will captivate you from the very start. In this regard, the company has an active endorsement with one of the best boxers in the world, Mike Tyson.

The fact that INGG has been around for 20 years and has also been an incredibly active and productive participant means that it is almost impossible to determine the exact number of games it has created so far. There are more than 30,000 terminals related to the company’s Virtual Sports platform alone.

The portfolio includes video slots of course, but there are also many other types of games, which offer their own degree of fun and excitement for the players who prefer them. Anyone can find something that fits their taste.

INGG also offers several games in which you can win many incredible prizes including massive progressive jackpots. For example, you can check out the White Knight slot which comes with gold and silver jackpots that offer massive progressive rewards.

The games’ visuals are not bad and they provide an immersive experience that perfectly captures the theme and set the atmosphere. The graphics may seem a bit dated, but they are still satisfactory and provide smooth gameplay and enjoyable gaming experiences. The soundtracks are also appropriate and improve the overall experience.

The RTP values of the INGG games will probably not be very satisfactory to all players, as they are typically below the industry average. Usually, they are around the 95% range, but there are certain games where they are even lower than that, but obviously, below-average RTP rates are the standard for this provider.

There is however no need to worry whether the games will be entertaining or not. The different types of themes and colourful visuals make the experience incredibly fun and exciting, On top of that, the great prizes and potential jackpots even further increase the entertainment value of these games.

Most of the games are played out in a typical way, but there are also several of them that utilize more dynamic ways of playing such as the exciting Megaways engine, which is full of countless possibilities.

In addition to all that, the games are also packed with great bonus features that can be of great help in reaching the big wins and even the potential jackpots.

Some of the most popular INGG games include Spirit of the Samurai, White Knight, and Goddess of the Amazon.

Spirit of the Samurai Slot

Spirit of the Samurai slot is a very good-looking game that will take you to a Japanese village where you will get to spin the reels and earn amazing prizes. The symbols are all related to Japanese culture or samurai, and there are many great prizes on the line.

The White Knight slot is a medieval-themed game that includes symbols of castles, crowns, precious gems, and even dragons. In addition to the wilds, scatters, and other great features, there are also two progressive jackpots on offer.

Goddess of the Amazon Slot

Goddess of the Amazon slot will take you on a fun adventure full of Aztec pyramids, leopards, as well as a stunning Amazonian goddess. The game offers a fun atmosphere and there are also free spins that can be of great help in your quest.

INGG also makes sure to include the most sophisticated technology for their games. The HTML5 technology, for example, lets you play these games on smaller devices as well.

The same visuals and gameplay are perfectly carried over to the small screen and you can enjoy these games even on the go, on your mobile or tablet, no matter where you are.

INGG has become a really big and influential name in the industry and the great thing about this provider is that it is present in both the land-based and the online spheres. Its 2 decades of experience are evident in the games it creates and the incredible success that the company has reached so far.

The games may not be as visually refined as some of the top video slots coming out today, but they still offer great gaming experiences full of everything that players find appealing. There are diverse themes, great appearances, interesting gameplays, as well as amazing prizes including progressive jackpots.

What types of slots does INGG offer?

INGG offers a plethora of casino games, which include video slots all kinds of land-based terminals, and there are also many games on the company’s Virtual Sports platform as well.

Which are the most popular INGG slots?

Spirit of the Samurai, White Knight, and Goddess of the Amazon are just some of the most popular games by this provider.

Yes, the company adheres to the strict rules and regulations of the market, which means that it provides security and fair play to its players.

The sophisticated HTML5 technology that the games are made with makes it possible to access them directly in the browser of smaller devices such as tablets and smartphones without any issues.