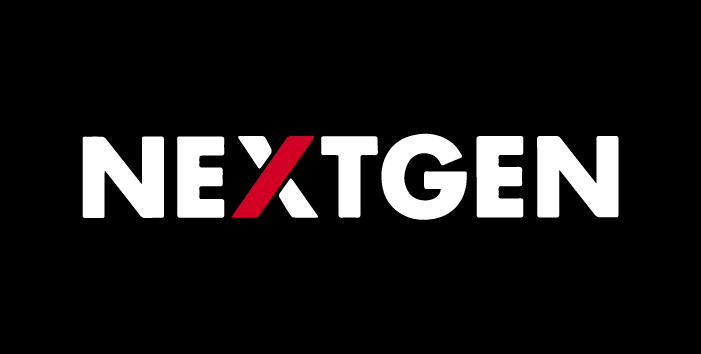 NextGen is an acclaimed member of the iGaming industry, which has managed to gather a lot of experience over the years. The company has created some really interesting and exciting video slots, so here’s your chance to check some of them out first-hand. Discover the best NextGen slots exclusively at SlotsWise!

Everything You Need To Know About NextGen

Our Verdict on NextGen

Granted, NextGen might not be a company you have heard too much about, as they are not as popular as some of the top software providers in the industry. Still, they certainly play a key role in the online casino world. You can expect some really exciting and visually impressive video slots, with lots of potential for big wins.

NextGen definitely has a lot to offer, so it’s worth giving it a chance. If you want to experience something other than the top, mainstream developers, then NextGen is the way to go. Read on and learn about the impressive qualities of this company and then you can play a slot or two from the ones we offer here at SlotsWise.

NextGen has been an active member of the iGaming industry ever since its inception in 1999. The company was founded in Sidney, Australia, which is still where the headquarters is, but there are also offices in other places around the world, like London and Stockholm for example.

Since it was established, NextGen operated as an independent company, but then in 2011, it was acquired by NYX Gaming Group which made a big improvement in NextGen’s content. After that, NYX was bought by Scientific Games, which is a big name in the industry and has a license from the UK Gambling Commission, which in turn means that NextGen also operates under this reputable license.

NextGen has received several big awards for its important work over the years. In 2012 for example, they won the Social Network Games Supplier of the Year at the EGR Magazine Awards. Then in 2014, NextGen also won the Special Achievement Award. These awards are only proof that the company offers something truly special.

As we mentioned before, NextGen is not such a well-known company because it works in the frames of the B2B arena. In other words, the games that this company creates are presented under the names of other bigger video slot developers. But one thing that makes NextGen stand out from the crowd is the extensive portfolio and the thrilling nature of their games.

With 20 years of experience and after all those merges with other companies, NextGen has still managed to create a really extensive and rich portfolio. The company boasts over 600 incredible games, which is quite an impressive and remarkable amount.

When it comes to the games, the developers at NextGen have decided to put the company’s focus on video slots and to let their partners take over the other types of games, such as blackjack, baccarat, poker, etc. Because of this though, they were able to perfect their craft and create some of the top video slots.

If you are the type of player who prefers to play for jackpots, then you should know that NextGen does offer a few games in which you can potentially win fixed jackpots, but there are unfortunately no video slots in their portfolio that offer progressive jackpots.

The video slots that this company has created are also great in terms of their appearance and presentation. You will get to play with realistic and immersive visuals, especially when it comes to the more recent releases. On top of that, the slots are not overly complicated, so they offer easy and smooth gameplay.

The video slots offer really fun and exciting themes and ways of playing, but in regards to the theoretical RTP, there is not a consistent value that they stay true to. In fact, some games come with above-average RTP, while the RTP values of other games are below the industry average.

NextGen obviously has a very creative mind for the design of their video slots, as they all revolve around different, creative and captivating themes. When playing some of the NextGen slots, you can expect a lot of fun and an immersive atmosphere, all while trying to win really great prizes.

When you browse through the NextGen portfolio, you will come across a diverse array of video slots that offer not only creative themes but also exciting gameplay too. NextGen has licensed Big Time Gaming’s Megaways engine and has created numerous games in which you can enjoy this unique way of playing. On top of that, you will find many branded video slots as well.

With such an extensive and rich portfolio, it’s hard to determine which of their slots are best, but some of the most popular ones include: 300 Shields, Rise of the Mountain King, Foxin Wins Again, Rudolph Gone Wild, Gorilla Go Wild, and so many more.

The 300 Shields slot is a fantastic Spartan-themed game that has a lot of surprises in store. This is one of the most famous games by NextGen and it offers a very thrilling and realistic atmosphere. There is also another version of this game called 300 Shields Extreme slot.

Rise of the Mountain King Slot

The Rise of the Mountain King slot offers an incredibly magical experience about the powerful Nordic gods. The 5x3 reels are set in a celestial designed backdrop with stairs that lead to Asgard. There are 2 bonus features, which can help you win up to 50,000x the stake.

The Foxin’s Wins Again slot is part of an incredible series about the rich fox. In this specific instalment, you will get to join the fox on his luxurious yacht and win great prizes as you enjoy the ocean view.

The Rudolph Gone Wild slot is a more recent release, in which you will get to join the red-nose reindeer and win excellent awards. Rudolph has many incredible surprises for you, including the chance to give you a number of wild symbols, which can be incredibly helpful.

The Gorilla Go Wild slot is quite a cartoonish game but it still comes with lots of fun and potentially lucrative possibilities. The reels are full of wild animals and the jungle you get to play in has lots of bananas and palm trees, as well as great prizes of course.

NextGen’s video slots can also be played on smaller screens with the same excellent graphics. Basically, you can open these games in the browser of any device that runs on Windows, Android, or iOS operating systems and play the game directly, without having to worry about any additional or unnecessary downloads.

All in all, despite the fact that NextGen belongs to the category of lesser-known software providers, you can still expect quality content with impressive visual designs.

On top of that, NextGen has come up with several unique bonus features that you can experience only in their games. As further proof of the quality is the fact that this company is part of the Scientific Games Group, which is a serious, top-tier developer.

Here at SlotsWise, we have a big number of NextGen games to offer, so now that you’ve read this in-depth review, we strongly recommend you to browse through the list above and check out some of the impressive slots NextGen has to offer. You will be pleasantly surprised.

What types of slots does NextGen offer?

NextGen focuses specifically on video slots, and there is quite a diverse array of them. This unfortunately means that you will not be able to find any bingo or table games with this provider.

Which are the most popular NextGen slots?

NextGen has created numerous games, which are played in casinos worldwide, but some of their most famous titles include: 300 Shields, Rise of the Mountain King, Foxin Wins Again, Rudolph Gone Wild, Gorilla Go Wild.

All of the games by NextGen are made with HTML5 technology, which means that they are suitable for smaller screens as well. There is no need for downloads and you can play the game directly in the browser of your mobile or tablet device.