Spin to win with Axl Rose and co when you play Guns N’ Roses, the slot game for rockstars from NetEnt! Following a year long wait since it was announced, the five-reel, 20 payline Guns N’ Roses was finally released and received immense popularity and for good reason. Listen to the smash hits from Guns N’ Roses as you join Axl, Slash, Izzy Stradlin, Duff McKagan and Steven Adler on a slots journey to win huge cash sums! Will you hit the jackpot and live out the rest of your days in the luxury life of a rockstar? 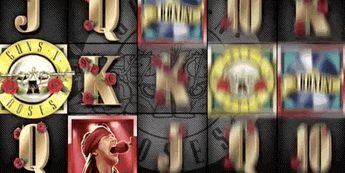 Spin to win with Axl Rose and co when you play Guns N’ Roses slots, the game for rockstars from NetEnt! Following a year long wait since it was announced, the five-reel, 20 payline Guns N’ Roses slot was finally released and received immense popularity, and for the reasons too.

G’N’R is one of the greatest rock bands in history and the release of this Guns and Roses game happened three decades after the band got together.

Listen to the smash hits from Guns N’ Roses as you join Axl, Slash, Izzy Stradlin, Duff McKagan and Steven Adler on a slots journey to get a chance to win big! Will you hit the jackpot and live out the rest of your days in the luxury life of a rockstar?

With all of the iconography and band logo present, you can be certain that Guns N’ Roses slot has the band’s blessing and the fact that all of their top hits are included in the soundtrack makes the game even more authentic.

This slot is definitely worth a go if you’re a fan of the band’s music, more so when considering there aren’t many slots where you can listen to your favourite rock stars while you spin to win. If you want to play Guns and Roses online, SlotsWise features a number of reliable and trustworthy casinos that offer Guns N’ Roses as well as plenty of other online slots.

The overall design of Guns N’ Roses slots is excellent. With eye-catching symbols and thematic illustrations throughout, you’ll feel fully immersed in the rock star lifestyle, landing combinations of lower value playing card symbols decorated with, you guessed it, roses.

Land 10, J, Q, K and A in combinations to receive the smaller payouts in the game. The higher value symbols in Guns and Roses game include three band members Axl Rose, Slash and Duff McKagan, as well as two nicely designed guitar plectrums.

Rock fans and fans of online slots are welcome to play Guns N’ Roses, regardless of the size of their budget. This slot from NetEnt has plenty of coin sizes to suit all, ranging from as little as 1p up to £1. Plus, with the option to play on various ‘Levels’, players can wager more than one coin per payline.

Before you start playing Guns N’ Roses slots, you’ll need to decide on your stake for each play. As it is the case with many NetEnt slots, there are a few things you’ll need to consider and choose in order to establish your stake.

The first is your coin value and, as mentioned, they range between 1p and £1. You can change this by using the arrow buttons either side of ‘Coin Value’ at the bottom of the screen. Because all 20 paylines are fixed, you won’t need to choose how many you’d like to activate, meaning you’ll be playing across all 20 on every spin.

If you want to vary your stake a bit more, you can also select which level you’d like to play on and this is a common feature in NetEnt slot games. The level effectively refers to how many coins you’d like to wager with per line and you can choose to play on any level between one and ten.

Your total stake is based on your coin size, level and all 20 paylines. So, if you’re playing with a coin value of 50p on Level 5, your stake will be £50. This is because 50p multiplied by 20 paylines equates to £10, then multiplied by five levels, which leads to a total stake of £50.

Beware if you’re planning to play Guns and Roses online with that much money per spin, though, and make sure that your wagering is always in accordance with your budget. 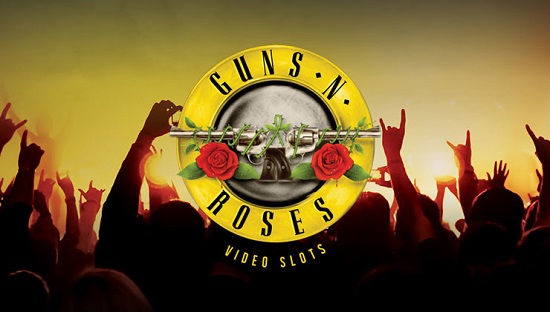 How To Win Guns N' Roses

In order to receive cash payouts when playing Guns N’ Roses slots, you’ll need to land combinations of three or more symbols consecutively across a payline, from the leftmost reel to the right. As mentioned, the amount you’ll receive for a combination depends on how many symbols are involved in that combination and of course which symbols they are.

The most valuable symbol is the Guns N’ Roses frontman Axl Rose and if you manage to land five of these symbols, you’ll be awarded 750 coins, which in the case when your coin value is £1 is £750 and if you play at a level higher than one it can be a lot more than that.

Aside from landing standard symbols, you can land combinations with the help of the wild, which is represented by the Guns N’ Roses band logo. The wild can appear anywhere on the reels, except on reel three in the Appetite for Destruction Wild, and it’ll substitute for all others except the bonus symbols.

Plus, NetEnt’s Guns N’ Roses slot is bursting with bonus rounds and these are great ways to get your hands on even more winnings. The bonus rounds are triggered after you get the needed symbols on the reels.

The Bonus Wheel feature seems to be the most lucrative in the game and it’s triggered by landing three bonus record symbols on reels one, three and five. You’ll then be presented with a spinning bonus wheel that you’ll need to stop, landing on one of the following features:

Encore Free Spins - You’ll be awarded 10 free spins and during each of them, a Guns N’ Roses band member will appear as an expanding wild on one of the reels two, three or four. With the wild symbol across the reel your chances of landing a winning combination is even greater as the whole reel is wild. This is a great bonus feature and while you may not be able to win Guns N’ Roses: 200 free spins, you’ll still have a chance to win quite astonishing amounts of money.

Crowd Pleaser - During this three-level picking game, you’ll need to select theme images to reveal coin amounts to try and qualify for the following level. You’ll need to hit a combined coin total of 60 or more to reach level 2 and 300 or more for level 3. If you manage to earn 800 coins after all three levels, your prize will be doubled at the end. Plus, if you collect three free spins symbols, you’ll be given ten free spins!

This feature can occur during the base game and presents itself as a large wild in the shape of a cross, appearing in three possible places on the centre reel. It will substitute for all other symbols which can lead to massive wins. This wild cannot replace bonus symbols, only standard game symbols.

This feature can be triggered randomly and will reward players with the following:

Generally speaking, it is better to have stacked wilds on two reels rather than on one, because in the first case you will have much more significant chances of winning.

This feature can also occur randomly after any win. One of the symbols will appear with a multiplier ribbon on it, and that generates a multiplier between 4x and 10x applied to the win. So, if your win is multiplied tenfold and you’ve won £20, the amount that you will actually receive in this Guns and Roses game will be £200. 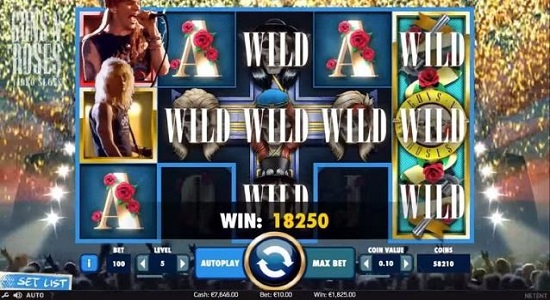 Guns N’ Roses slot really is an incredible slot for all players, whether you’re a fan of the band or not. Having said that, you probably will certainly enjoy your time playing this NetEnt slot, as you can listen to some of Guns N’ Roses greatest top hits as you spin to win.

The symbols are fantastically drawn, while the background is filled with a headline stage and crowd of bobbing heads, fully immersing you in the band experience.

If you’re looking for a Guns N’ Roses free spins no deposit bonus, look no further than SlotsWise, as we offer a wide range of casinos, many of which offer a free spins bonus which can be used on the Guns N’ Roses video game.

All players are welcome to enjoy and play Guns N’ Roses as there are plenty of stakes to choose from. Plus, the bonus features are abundant with all of them being lucrative. Having said that, the Bonus Wheel feature does seem to stand out as the most rewarding, so hope that you will manage to trigger it, because it can give you some lucrative prizes.

The game RTP is another reason for you to give this game a try, as it is quite high – 96.98%. This RTP percentage is a lot higher than what you will get from most other slot games, and even though NetEnt slots have a higher RTP percentage compared to games by other providers, the Guns N’ Roses slot RTP is still quite high.

We’d definitely recommend giving Guns N’ Roses slots a spin, whether you’re a slots veteran or a spinning newbie. There’s something for everyone with this slot game and the payouts aren’t too shabby either. So, browse through our selection of operators and find your Casino Guns N’ Roses location, and... Welcome to the Jungle!